From the New York Times bestselling author of A Deadly Education comes the sixth volume of the Temeraire series, as Will Laurence and Temeraire are exiled to Australia in the ever expanding war between Napoleon and Britain.

“Temeraire and his fellow dragons are surely Novik’s finest accomplishment.”—BookPage

Convicted of treason despite their heroic defense against Napoleon’s invasion of England, Temeraire and Captain Will Laurence have been transported to a prison colony in distant Australia—and into a hornet’s nest of fresh complications. The colony is in turmoil after the overthrow of military governor William Bligh—aka Captain Bligh, late of HMS Bounty. And when Bligh tries to enlist them in his bid to regain office, the dragon and his captain are caught in the middle of a political power struggle. Their only chance to escape the fray is accepting a mission to blaze a route through the forbidding Blue Mountains and into the interior of Australia.

But the theft of a precious dragon egg turns their expedition into a desperate recovery operation—leading to a shocking discovery and a dangerous new complication in the global war between Britain and Napoleon.

An excerpt from Tongues of Serpents

There were few streets in the main port of Sydney which deserved the name, besides the one main thoroughfare, and even that bare packed dirt, lined only with a handful of small and wretched buildings that formed all the permanence of the colony. Tharkay turned off from this and led the way down a cramped, irregularly arranged alley-way between two wooden-slat buildings to a courtyard full of men drinking, in surly attitudes, under no roof but a tarpaulin.

Along one side of the courtyard, the further from the kitchens, the convicts sat in their drab and faded duck trousers, dusty from the fields and quarries and weighted down with fatigue; along the other, small parties of men from the New South Wales Corps watched with candidly unfriendly faces as Laurence and his companions seated themselves at a small table near the edge of the establishment.

Besides their being strangers, Granby’s coat drew the eye: bottle-green was not in the common way, and though he had put off the worst excesses of gold braid and buttons with which Iskierka insisted upon adorning him, the embroidery at cuffs and collar could not be so easily detached. Laurence wore plain brown, himself: to make a pretense of standing in the Aerial Corps now was wholly out of the question, of course, and if his dress raised questions concerning his situation, that was certainly no less than honest, as neither he nor anyone else had yet managed to work out what that ought in any practical sense to be.

“I suppose this fellow will be here soon enough,” Granby said, unhappily; he had insisted on coming, but not from any approval of the scheme.

“I fixed the hour at six,” Tharkay answered, and then turned his head: one of the younger officers had risen from the tables and was coming towards them.

Eight months aboard ship with no duties of his own and shipmates nearly united in their determination to show disdain had prepared Laurence for the scene which, with almost tiresome similarity, unfolded yet again. The insult itself was irritating for demanding some answer, more than anything else; it had not the power to wound in the mouth of a coarse young boor, stinking of rum and visibly unworthy to stand among even the shabby ranks of a military force alternately called the Rum Corps. Laurence regarded Lieutenant Agreuth only with distaste, and said briefly, “Sir, you are drunk; go back to your table, and leave us at ours.”

There the similarity ended, however: “I don’t see why I,” Agreuth said, his tongue tangling awkwardly, so he had to stop and repeat himself, speaking with excessive care, “why I should listen to anything out of a piss-pot whoreson traitor’s f***ing mouth—”

Laurence stared, and heard the tirade with mounting incredulity; he would have expected the gutter language out of a dockyard pickpocket in a temper, and hardly knew how to hear it from an officer. Granby had evidently less difficulty, and sprang to his feet saying, “By God, you will apologize, or for halfpence I will have you flogged through the streets.”

“I would like to see you try it,” Agreuth said, and leaning over spat into Granby’s glass; Laurence stood too late to catch Granby’s arm from throwing it into Agreuth’s face.

That was of course an end to even the barest hope or pretense of civility; Laurence instead pulled Granby back by his arm, out of the way of Agreuth’s wildly swinging fist, and letting go struck back with the same hand, clenched, as it came again at his face.

He did not hold back; if brawling was outrageous, it looked inevitable, and he would as soon have it over with quickly. So the blow was armed with all the strength built up from childhood on rope-lines and harness, and Laurence knocked Agreuth directly upon the jaw: the lieutenant lifted half-an-inch from the ground, his head tipping back and leading the rest of his frame. Stumbling a few steps as he came down, he pitched face-front onto the floor straight through the neighboring table, to the accompaniment of several shattering glasses and the stink of cheap rum.

That might have been enough, but Agreuth’s companions, though officers and some of them older and more sober than he, showed no reluctance in flinging themselves at once into the fray thus begun. The men at the overturned table, sailors on an East India merchantman, were as quick to take offense at the disruption of their drinking; and a mingled crowd of sailors and laborers and soldiers, all better than three-quarters of the way drunk, and a great scarcity of women, as compared to what would have been found in nearly every other dockyard house of the world which Laurence knew, was a powder-keg ready for the slow-match in any case. The rum had not finished sinking between the paving-stones before men were rising from their chairs all around them.

Another officer of the New South Wales Corps threw himself on Laurence: a bigger man than Agreuth, sodden and heavy with liquor. Laurence twisted himself loose and heaved him down onto the floor, shoving him as well as could be managed under the table. Tharkay was already with a practical air seizing the bottle of rum by the neck, and when another man lunged—this one wholly unconnected with Agreuth, and by all appearances simply pleased to fight anyone at all—Tharkay clubbed him upon the temple swiftly.

Granby had been seized upon by three men at once: two of them, Agreuth’s fellows, for spite, and one who was trying his best only to get at the jeweled sword and belt around Granby’s waist. Laurence struck the pickpocket on the wrist, and seizing him by the scruff of the collar flung him stumbling across the courtyard; Granby exclaimed, then, and turning back Laurence found him ducking from a knife, dirty and rust-speckled, being stabbed at his eyes.

“By God, have you taken all leave of your senses?” Laurence said, and seized upon the knife-wielder’s hand with both his own, twisting the blade away, while Granby efficiently knocked down the third man and turned back to help him. The melee was spreading rapidly now, helped along by Tharkay, who was coolly throwing the toppled chairs across the room, knocking over still more of the tables, and flinging glasses of rum into the faces of the custom as they rose indignantly.

Laurence and Granby and Tharkay were only three together, and thanks to the advance of the New South Wales officers well-surrounded, leaving the irritated men no other target but those same officers; a target on which the convicts in particular seemed not loath to vent their spleen. This was not a very coherently directed fury, however, and when the officer before Laurence had been clubbed down with a heavy stool, the choleric assailant behind him swung it with equal fervor at Laurence himself.

Laurence slipped upon the wet floorboards, catching the stool away from his face, and went to one knee in a puddle. He shoved the man’s leg out from under him, and was rewarded with the full weight of man and stool landing upon his shoulder, so they went sprawling together upon the floor.

Splinters drove into Laurence’s side, where his shirt had ridden up from his breeches and come wholly loose, and the big convict, swearing at him, struck him on the side of his face with a clenched fist. Laurence tasted blood as his lip tore upon his tooth, a dizzying haze over his sight. They were rolling across the floor, and Laurence had no very clear recollection of the next few moments; he was pounding at the other man savagely, a blow with every turn, knocking his head against the boards over and over. It was a vicious, animal struggle, insensible of both feeling and thought; he knew only distantly as he was kicked, by accident, or struck against the wall or some overturned piece of furniture.

The limp unconsciousness of his opponent freed him at last from the frenzy, and Laurence with an effort opened his clenched hand and let go the man’s hair, and pushed himself up from the floor, staggering. They had fetched up against the wooden counter before the kitchen. Laurence reaching up clutched at the edge and pulled himself to his feet, aware more than he wished to be, all at once, of a deep stabbing pain in his side, and stinging cuts in his cheek and his hands. He fumbled at his face and pulled free a long sliver of broken glass, tossing it upon the counter.

The fighting had begun already to die down, oddly quick to Laurence’s instinctive sense of an action; the particpants lacked the appetite of a real engagement, where there was anything worth to be gained. Laurence limping across the room made it to Granby’s side: Agreuth and one of his fellow officers had clawed their way back up onto their feet and were yet grappling weakly with him in a corner, vicious but half-exhausted, so they were swaying back and forth more than wrestling.

Coming in, Laurence heaved Granby free, and leaning on each other they stumbled out of the courtyard and into the narrow, stinking alley-way outside, which yet seemed fresh out from under the makeshift tarpaulin; a fine misting rain was falling. Laurence leaned gratefully against the far wall made cool and light by the coating of dew, ignoring with a practiced stomach the man a few steps away who was heaving the contents of his belly into the gutters. A couple of women coming down the alley-way lifted their skirts over the trickle of muck and continued past them all without hesitation, not even looking in at the disturbance of the tavern courtyard.

“My God, you look a fright,” Granby said, dismally. 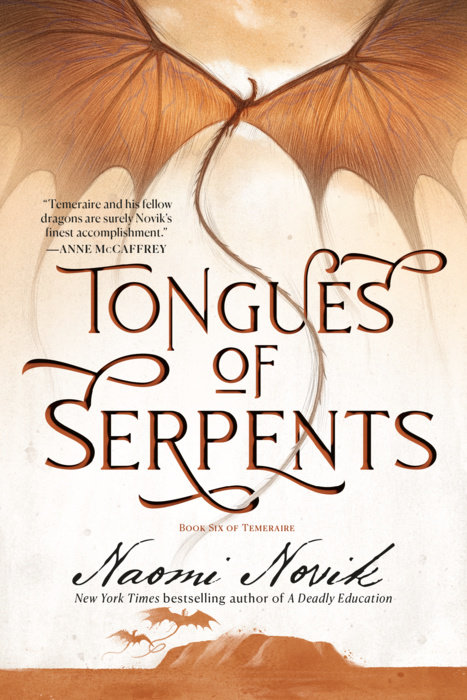