TRAVEL THROUGH A PIVOTAL TIME IN AMERICAN HISTORY

From Antietam to Gettysburg to Vicksburg, and to the many poignant destinations in between, Jeff Shaara’s Civil War Battlefields is the ideal guide for casual tourists and Civil War enthusiasts alike.


In the summer of 1964, a twelve-year-old boy followed his father across a mile of open grassy fields that separated the Union and Confederate lines at Gettysburg. They walked in the footsteps of the men who crossed this same ground on July 3, 1863, Confederate soldiers who made one of the most tragic attacks in our history. Today, we know that event as “Pickett’s Charge.” As they stepped through the tall grass, the father told the boy the story of what had happened there, who those men were, why they made this extraordinary attack. The father often told stories to the boy, usually about things the boy knew something about: science fiction, sports. But this was different; this was about history.

When the father led his son up and over the low stone wall that marked the position of the Union front line, the father told more of the story. He told the boy about two men, best friends, Lewis Armistead and Winfield Hancock, who had chosen to part ways before the war, each one fighting for something very different, yet each one fighting for what he believed in. But on this day in 1863, the two men would come together again, Armistead leading his men across this field straight into Hancock’s guns. The story captured the boy, because the father told it as though he were there, could see it, could hear the guns, and he told the story with the passion the father brought to all his stories. But then the father was silent. The boy saw now that the father’s attention had been captured by a low squat stone marker, against which lay a single miniature Confederate flag. In the silence, the boy read the inscription on the marker, which noted the place where Confederate general Lewis Armistead had fallen on that July day in 1863. Then the boy realized that his father was crying.

That boy was me. My father, Michael Shaara, was so inspired by the experience of walking the ground at Gettysburg that he spent the next seven years writing a novel about what happened there. That novel, published in 1974, was titled The Killer Angels.

In my father’s lifetime, The Killer Angels was never a particularly successful book. That may sound odd, considering that in 1975 the book was awarded the Pulitzer Prize for Fiction. But the book made very little impact, except on those who studied the American Civil War or those in some branches of the military, who had begun to use the book as a guide to understanding the tactics and leadership abilities of the men who were so pivotal to the story. My father went on to write more books, more short stories, none of them having anything to do with history or the American Civil War. Until the end of his life, he never saw any of his books become best sellers and never saw the creation of a motion picture based on his work. The Killer Angels had become something of a sad footnote for him, a truly marvelous award-winning book that had failed to find the audience even he felt it deserved.

What followed over the next several years was an amazing series of circumstances that changed my life and cemented my father’s reputation and legacy for all time. It began with Ken Burns’s PBS series The Civil War, which seemed to wake the American people to renewed interest in that era of our history. Two years later, Ted Turner took an enormous chance and in 1992 financed the production of a major motion picture that was based on my father’s book. It was called Gettysburg. In October 1993, the release of the film helped propel The Killer Angels to number one on the New York Times Best Seller List, the first time any of my father’s books had received such significant recognition. Five years after his death, his legacy was alive and well.

My father had proven that an audience for this kind of story did in fact exist. And so, the son has followed the father. As a result, The Killer Angels is now the centerpiece of a trilogy of novels, something that still amazes me and would have absolutely floored my father.

With every book I’ve done, the research is the energy behind the story, and the energy behind the research has come from walking in the footsteps of the characters. Often those footsteps are difficult to find. A great many sites from the American Revolution and the Civil War have simply disappeared, swallowed up by time and by the need for Americans to expand and modernize their world. But special places remain, and over the past century, movements have begun to protect that ground from obliteration, to preserve at least some tangible part of our past. Museums are well and good, and safekeeping the artifacts of an earlier time may teach us much about the people who gave us our world. But museums are not the ground, just as a zoo is not the jungle.

“Hallowed ground” is a phrase that is often tossed off as something of a cliché, but those who would lightly regard Abraham Lincoln’s description of Gettysburg are missing the point. Diaries, letters, memoirs, and even photographs have little resonance if we cannot see where an event occurred. If we erase the ground, the hillsides and valleys, the creek beds and rivers, the trench lines and earthworks, then we lose the spirit of our history. We lose the ability to walk in the footsteps, to see what the world looked like to those people who changed our history. No writer can give that to us with as much poignancy as we will find when we walk that ground and see it for ourselves.

This book may not resemble any battlefield guidebook you have ever seen before. That’s the point. My attempt here is to paint a portrait of ten specific sites that offer the best interpretation and experience to the visitor, who may not already know every tidbit of historical detail of what happened there. In other words, this book is intended not for the academic historian, but for the curious, those who might have time to stop along the road and visit a battlefield they otherwise might have passed by. The chapters are arranged chronologically, so as to offer some flow to the history of the entire war. If you have some knowledge of the events, if you are something of a Civil War “buff,” then perhaps this book will encourage you to visit a site you may not have seen before. It may also inspire you to argue with some of my conclusions. Unlike the historian, who has to abide by certain restrictive rules as to his commentary, I offer a few interpretations that some of you may not agree with. As it should be.

I could have included several more chapters, gone over several more valuable fields, but I wanted to keep this somewhat compact. If you wonder why certain battlefields were left out (and some of you will most certainly wonder), it is not my intention to dismiss or ignore any park where history is well preserved. Examples not included in this book will surprise (and annoy) some: Manassas, Stone’s River, Pea Ridge, Fort Donelson, Andersonville, Fort Sumter, among many others. My choices are meant to carry you through some of the most poignant events of our history, by taking you to magnificent places where, if you visit, you will take away something enormously valuable from the experience.

When this book is published, I am making a significant financial contribution to a good many of the battlefield preservation groups whose responsibility it is to preserve and protect these invaluable sites. Those contributions will continue to be made, from a percentage of the sales of this book, for as long as anyone buys it. I respect passion and dedication to a cause, and the people who give so much of themselves to the preservation of these critical historical sites must be supported. “Causes” stare us in the face from every direction, and most of us are bombarded by requests for money: in the mail, in our offices, on television, in our e-mail. If you agree with me about the value of preserving the shrinking and threatened historical sites in this country, then I hope you will respond appropriately. Regardless, the purpose of this book is to show you what happened there, why it was important, and how you can experience some part of that yourself. In the end, I’m simply hoping that this book may inspire more parents to lead their children across some extraordinary piece of ground. Perhaps their lives will be changed as well. 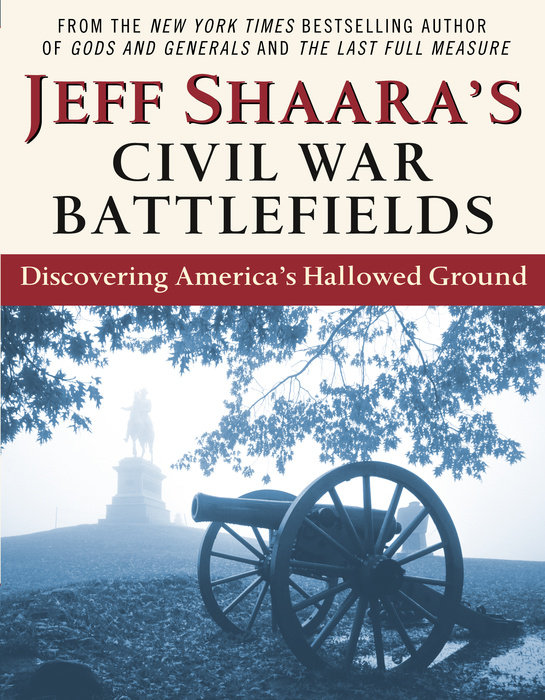