A Novel of World War II

After the success at Normandy, the Allied commanders are confident that the war in Europe will soon be over. But in December 1944, in the Ardennes Forest, the Germans launch a ruthless counteroffensive that begins the Battle of the Bulge—the last gasp by Hitler’s forces and some of the most brutal fighting of the war. The Führer will spare nothing—not even German lives—to preserve his twisted vision of a “Thousand Year Reich,” but stout American resistance defeats the German thrust, and by spring 1945 the German army faces total collapse. With Russian troops closing in on Berlin, Hitler commits suicide. As the Americans sweep through the German countryside, they encounter the worst of Hitler’s crimes, the concentration camps, and young GIs find themselves absorbing firsthand the horrors of the Holocaust.

No Less Than Victory is a riveting account presented through the eyes of Eisenhower, Patton, and the soldiers who struggled face-to-face with their enemy, as well as from the vantage point of Germany’s old soldier, Gerd von Rundstedt, and Hitler’s golden boy, Albert Speer. Jeff Shaara carries the reader on a journey that defines the spirit of the soldier and the horror of a madman’s dreams.

An excerpt from No Less Than Victory

He was already cold, ice in both legs, that same annoying knot freezing in his stomach. The plane shimmied sideways, and he rocked with it, felt the nose go up, could see the ground falling away, the B-17 climbing higher, steeper. Just in front was another plane, and he could see the tail gunner, moving into position, facing him. They were barely three hundred feet above the ground when the plane in front began to bank to the left, and his plane followed, mimicking the turn. Out to the side, the predawn light was broken by faint reflections of the big bombers just behind and to the right, doing the same maneuver. There were sparks from some of the big engines, unnerving, but the mechanics had done their job, and once full daylight came, the sparks would fade away.

They continued to climb, as steeply as the B-17 would go without stalling, every pilot knowing the feeling, that sudden bucking of the nose when the plane had begun to stop flying. But the bombardier could do nothing but ride. During takeoff, he was only a passenger, the pilot in the cockpit above him doing his job. He leaned as the plane banked into a sharper angle, knew they were circling, still close to the plane in front, more moving up with them. Some were already above, the first to take off, but they had disappeared into thick cloud cover, his own now reaching the dense ceiling, the plane in front of him barely visible. Wetness began to smear the Plexiglas cone in front of him, heavy mist from the clouds. In training, he had been told that the bombardier had the best seat in the plane, as far forward as you could sit, right in the nose, a clear view in every direction but behind. Even the pilot couldn’t see downward, had to rely on the planes flying in formation beneath him to keep their distance. But in the dense cloud cover, there was nothing to see, streams of rain still flowing across the Plexiglas, and now, blindness, the clouds thicker still, no sign of the plane in front of him at all.

Behind him to the left sat the navigator, silent as well, staring into his instruments. The blindness in front of them was annoying, then agonizing, the plane still shimmying, small bounces in the rough air, the pilot using his skills to keep his plane at precisely the attitude of those around him. The bombardier leaned as far forward as his safety belt would allow, searched the dense gray above them for some break, the first signs of sunlight, made a low curse shared by every American in the Eighth Air Force. British weather . . .

There had been nothing unusual about this mission, the men awakened at four in the morning, a quick breakfast, then out to the massive sea of planes. The preparation and inspection of the plane had been done by the ground crew, always in the dark, men who did not have the flight crew’s luxury of sleeping as late as four. But as they gathered beside their own bird, eight of the ten-man crew pitched in, working alongside the ground crew for the final preparation, while the pilot and copilot perched high in the cockpit ran through their checklists, inspections of their own. Like the other crewmen, the bombardier had helped pull the enormous props in a slow turn, rolling the engines over manually, loosening the oil. He knew very little about engines, had never owned a car, never earned that particular badge that inspired pride in the mechanics, a cake of grease under the fingernails. But oil seemed important to those who knew, maybe as much as gasoline, and the need for plenty of both wasn’t lost on anyone. If the ground crew said the oil needed to be loosened up, then by God he would pitch in to loosen it up. After some predetermined number of pulls, the chief mechanic gave the word, and the pull of the heavy prop blades became easier, the slow stuttering of the engines, the small generator igniting the sparks that would gradually kick each of the four engines into motion. The crews would stand back, admiring, their efforts paying off in a huge belch of smoke and thunder, the props turning on their own. Even the older mechanics seemed to enjoy that brief moment, swallowed by the exhaust, the hard sounds rolling inside them, deafening, all the power that would take this great bird up to visit the enemy one more time.

With the engines warming up, the pilot had given the usual hand signal, the order to climb aboard. The bomber’s crew would move toward the hatches, and the veterans could predict who would be first in line. It was always the newest man, this time a show of eagerness by the ball turret gunner, a man who did not yet know how scared he should be. As the crew moved toward the hatches, the men who stayed behind had one more job, offering a helping hand, some a final pat on the rump, or a few words meant to impart luck. There were customs now, some of the ground crew reciting the same quick prayer or making the same pledge, to buy the first drink or light the first cigarette. See you tonight. Give those Nazi bastards one for me. Some had written names or brief messages on the bombs themselves, usually profane, a vulgar greeting no one else would ever read. All of this had begun at random, but by now it had become ceremony, and the brief chatter held meaning, had become comforting repetition to all of them. There was another ceremony as well. As the crew passed beneath the nose, each man reached up to tap the shiny metal below the brightly painted head of an alligator, all teeth and glowing eyes. The plane had been named Big Gator, some of her original crew insisting that she be endowed with a symbol of something to inspire fear in the enemy. No one had asked if any Germans actually knew what an alligator was, but the flight engineer had come from Louisiana bayou country, and he had made the argument that none of the others could dispute. Not even the pilot had argued. As long as the painted emblem was ferocious, Big Gator worked just fine. This morning, they were embarking on their thirty-second mission, and thus far, only one man had sustained more than a minor combat wound: the ball turret gunner, replaced now by this new man who seemed to believe he would shoot down the entire Luftwaffe.

With longevity came even greater superstition, especially for the ground crew. There was a desperate awareness of the odds, of fate. Thirty-one successful missions was an unnerving statistic by now, rarer by the week. It was the reason for all the rituals, the most religious among them believing that God must somehow be paying particular attention. If someone said a prayer, the same prayer, it might encourage a Divine smile toward this bird that would bring these men home one more time.

The superstitions were reinforced by the number of combat missions they were required to fly, what had become a sore point to every crewman in the Eighth Air Force. Originally, each crewman was expected to complete twenty-five missions, a number that had become some sort of magic achievement. As a man passed twenty, the rituals became more intense, some drawing one more X on the wall beside their beds, some refusing the poker games for fear of draining away their luck. Then the number of missions had been raised to thirty, and the grumbling had erupted into unguarded cursing toward the air commanders. But the missions continued, the superstitions adjusted, and the new men, the replacements, seemed not to know the difference. After a time, word had come, some officer knowing to pass along the order and then duck for cover. The number had been raised to thirty-five. The protests had erupted again, but the brass had been inflexible and unapologetic. As the bombing campaigns intensified, the flow of new crews from the training centers was too slow to keep up with the need for more and more aircraft. That was the official explanation. But word had filtered through the hangars and barracks that the number of missions had been raised because so many of the crews were being killed. Experienced crewmen had already begun to grumble that thirty-five might become a luxury, that someone far up the chain of command had already decided the number would continue to rise. The men who had seen so many from their own squadrons fall out of the sky were beginning to believe that they would have to fly as many missions as it would take for them to be killed.

A Novel of World War II 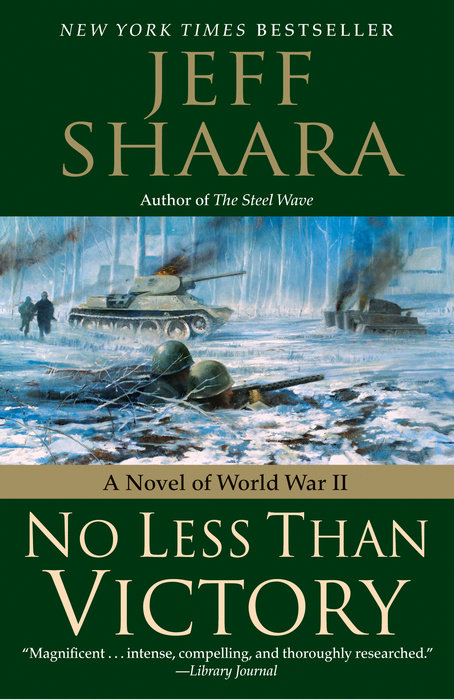