Skillfully assembled by Shakespeare’s fellow actors in 1623, the First Folio was the original Complete Works—arguably the most important literary work in the English language. But starting with Nicholas Rowe in 1709 and continuing to the present day, Shakespeare editors have mixed Folio and Quarto texts, gradually corrupting the original Complete Works with errors and conflated textual variations.

The second edition of the Complete Works features annotations and commentary from Jonathan Bate and Eric Rasmussen—two of today’s preeminent Shakespeare scholars—as well as cutting-edge textual design, on-page glossaries for contemporary readers, stage directions from RSC directors, a sixteen-page insert of photographs from RSC production shorts, a timeline of the plays and poems, and family trees for the Histories.

‘After God, Shakespeare has created most’
(Alexandre Dumas, French novelist whose works have been translated into nearly a hundred languages and adapted into over two hundred films, figures surpassed by Shakespeare alone)

‘Shakespeare was conscious of a double or treble reality fused together into one line or a single word’
(Cesare Pavese, Italian poet and novelist)

‘Somehow Shakespeare always had something to say to us’
(Ahmed Kathrada, imprisoned on Robben Island with Nelson Mandela)

Hamlet is delighted when he hears the news that the players have returned to Elsinore. He greets them as personal friends. Some of the theatre enthusiasts among the courtiers of Queen Elizabeth and then King James, such as the Earl of Southampton, the Earl of Pembroke and the Earl of Montgomery, would have greeted Shakespeare and his fellow-actors in the same way. The circumstances of the fictional acting company at Elsinore reflect those of the real company, the Lord Chamberlain’s Men, that first put on Shakespeare’s Hamlet. Their highest priority is to be available on demand for court performances, if necessary reshaping their repertoire in response to a particular demand, as when Hamlet asks for a speech of some dozen or sixteen lines to be inserted into their tragedy. While waiting to be summoned to the palace, they perform regularly in the city, trying out each new play in the court of public opinion. They are an all-male company, whose teenage apprentices play the female parts. Their business at the box office faces a range of challenges, from state censorship to closure because of plague to rival attractions and in particular a fashionable new company consisting entirely of highly trained schoolboys.

Given that the players in Hamlet are in part a witty self-representation of Shakespeare’s own acting company, it is fair to assume that Shakespeare himself believed, as Hamlet does, that actors are ‘the abstracts and brief chronicles of the time’. According to contemporaneous dictionaries, an ‘abstract’ was ‘a little book or volume gathered out of a greater’, ‘an abridgement, epitome, summary, compendium, short course, or discourse’. In an age of long sermons, interminable homilies and closely-printed treatises on ethics and politics, plays provided a crash course in the way of the world, an instantaneous mirror of manners and of life. The weighty folio volumes of The Chronicles of England, Scotland and Ireland gathered by Raphael Holinshed and others were anything but ‘brief ’. In a fraction of the time it would have taken to read them—and at a fraction of the cost of buying the book—Shakespeare’s players, as they moved from the Rose to the Theatre to the Curtain to the Globe, offered the London public an abridgement and compendium of the nation’s history.

Their dramatized ‘chronicles’ of times past—whether British, European, ancient Greek or Roman—were also mirrors of the present. All productions were ‘modern dress’, with just the occasional period detail such as emblematic togas to represent classical Rome. More money was spent on the purchase of costumes than the commissioning of scripts. The kings, dukes and ladies in the plays would have looked impressively courtly not least because their wardrobe consisted in part of the second-hand clothes of courtiers: often when aristocrats died, they would bequeath items of clothing to their servants, who would sell them to the players. From his reading and his first-hand experience of submitting his work for the approval of the Master of the Revels, then of performing at court, Shakespeare learned the language and manners of courtiership. So his characters came to speak and to gesture, as well as to be dressed, in the manner of monarchs and their entourage. A Duke of Buckingham or Earl of Pembroke in the audience might have seen himself mirrored in one of his ancestors in the chronicle plays. King James, who claimed descent from Banquo, would have watched ‘the Scottish play’ with close attention. And the followers of the Earl of Essex, who liked to consider him the modern Achilles, would have found rich food for thought in Shakespeare’s deconstruction of the Achillean code of chivalry in his Troilus and Cressida, written soon after Essex’s dramatic fall from Queen Elizabeth’s favour.

Whether set or written in the past, all great plays speak to present times. In Shakespeare, topical allusion is rare—the odd flattering glance at Queen Elizabeth, one conspicuous nod to Essex in Henry V—but the sense of the fictional world on stage as a mirror of the real world beyond the auditorium is pervasive.

Theatre is unique among the arts of the word in the degree to which it is public, collaborative, multidimensional and unpredictable. The greatest playwrights combine many different skills: they share the gift of narrative with the novelist and the epic storyteller, the arts of persuasive oratory with the lawyer and the public speaker, the trick of minting language anew with the poet, the ability to bring the past back to life with the historian, and the capacity to imagine—indeed to shape—the future with the prophet. While doing all this, they have always to think in three dimensions, to write for a body as well as a voice, to animate a stage as well as a page. At the same time, they rely on trust. Whereas the poet or novelist writes in the expectation of a direct relationship between their words, their imagined world and the minds of their readers, the playwright’s work is always incomplete. It is only brought to fruition through the work of intermediaries: the actors and all the other professionals involved in the process of putting on a play.

Theatre writing accordingly offers a unique combination of presence and absence. The audience is present in the same room as the performers. This is what makes the ancient and primal art of theatre different from such modern media as radio, film, television, DVD, stream and webcast. Indeed, the audience’s response helps to shape the performance, which will be subtly different on every occasion. There is always a sense of risk. An actor might forget his lines: Shakespeare plays with the possibility in Coriolanus, when his mouthy protagonist is reduced to silence by the arrival of his pleading family (‘Like a dull actor now, / I have forgot my part, and I am out, / Even to a full disgrace’). A stage effect may misfire, as when a faulty cannon burned down Shakespeare’s Globe near the end of his career. A slip in a sword fight may shed real blood (this happened when I was playing Macbeth as a schoolboy, probably as punishment for our failure to observe the theatrical superstition of never uttering the title Macbeth but referring instead to ‘the Scottish play’). An unruly audience may overwhelm the stage (again, Shakespeare plays with the idea when Caliban and his drunken companions interrupt the play-within-the-play in The Tempest, provoking Prospero into an elegy on the evanescence of the theatre of human life itself). The authorities may close a show for political reasons, as in Hamlet the usurping King of Denmark closes ‘The Mousetrap’ before it is finished and as the deposition scene in Richard II was too sensitive to be printed or perhaps even to be played.

Shakespeare recognized that human affairs always embody a combination of permanent truths and historical contingencies, of—to use the terms of his age—‘nature’ and ‘custom’. At one level, he is ‘not of an age, but for all time’. He works with archetypal characters, core plots and perennial conflicts, as he dramatizes the competing demands of the living and the dead, the old and the young, men and women, self and society, integrity and role-play, insiders and outsiders. He grasps the structural conflicts shared by all societies: religious against secular vision, country against city, birth against education, strong leadership against the people’s voice, the code of honour against the energies of erotic desire. But he also addressed the conflicts of his own historical moment: the transition from Catholicism to Protestantism and feudalism to modernity, the formation of national identity, trade and immigration, the encounter with new worlds overseas, the shadow of foreign powers. He was restricted by the customs of his age, notably when it came to the subordination of women, but at the same time he was prophetic of future ages. Despite the inferior position of most women in his society and the fact that the convention of his theatre meant that female parts were played by young men, he gives a remarkable degree of freedom and mental agility to his women.

Shakespeare endures because with each new turn of history, a new dimension of his work opens up before us. When George III went mad, King Lear was kept off the stage—it was just too close to the truth. During the Cold War, Lear again became Shakespeare’s hottest play, its combination of starkness and absurdity answering to the mood of the age, inspiring the Polish critic Jan Kott to compare it to Samuel Beckett’s Endgame in his influential book Shakespeare our Contemporary (1961), and both the Russian Grigori Kozintsev (1969) and the English Peter Brook (1971) to make darkly brilliant film versions.

William Shakespeare (1564–1616) was a poet, playwright, and actor who is widely regarded as one of the most influential writers in the history of the English language. Often referred to as the Bard of Avon, Shakespeare's vast body of work includes comedic, tragic, and historical plays; poems; and 154 sonnets. His dramatic works have been translated into every major language and are performed more often than those of any other playwright. 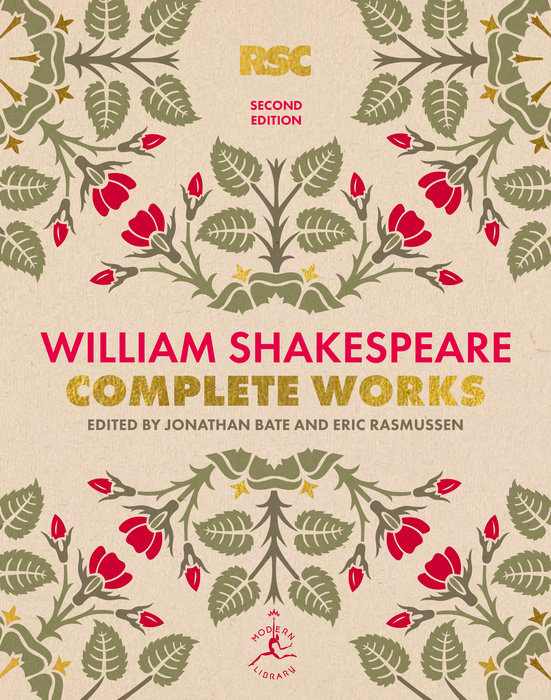