Led by Wedge Antilles, the legendary pilots of Rogue Squadron prepare to risk everything in their battle against the Empire.

Sleek, swift, and deadly, they are the X-wing fighters. And as the battle against the Empire rages across the vastness of space, the pilots risk both their lives and their machines for the cause of the Rebel Alliance. Now they must embark on a dangerous espionage mission, braving betrayal and death on the Imperial homeworld to smash the power of a ruthless foe!

It is the evil heart of a battered and reeling Empire: Coruscant, the giant city-world from whose massive towers the Imperial High Command directs the war. The Rebels will invade this mighty citadel in a daring move to bring the Empire to its knees. But first Wedge Antilles and his X-wing pilots must infiltrate Coruscant to gain vital intelligence information. Capture means death, or worse—trapped in the clutches of the vicious leader known as “Iceheart,” Ysanne Isard, now Emperor in all but name.

And one of Rogue Squadron’s own is already her slave, a traitor hidden behind a mask of innocence, working to betray both colleagues and the Rebellion itself.

Even before his X-wing's sensors had time to scan and identify the new ship, Corran Horn knew it was trouble. That knowledge was not based on the ship's unscheduled, unannounced reversion to realspace in the Pyria system. In the month since the Rebel Alliance took the planet Borleias from the Empire, more ships than Corran cared to remember had popped in for a quick survey of the place. Some were on diplomatic missions from worlds that had already joined the New Republic come to inspect the latest conquest of their forces. Other ships had been sent by the rulers of planets who wanted to separate fact from propaganda before they decided if they wanted to shift allegiances in the galactic civil war.

Still others had been Imperial vessels on reconnaissance missions, and a goodly proportion of the rest were Alliance ships with legitimate business in the system. All of them had to be checked out, and the hostiles discouraged, but the patrols had produced no serious incidents or fatalities. This spawned a complacency among the pilots that was not conducive to long life, but even Corran had found it hard to keep his edge when no serious threats presented themselves.

The new ship's arrival slashed away his peace of mind like a vibro-blade. The sensors reported a modified freight cruiser that had started life as a Rendili Star Drive ship--not in the Neutron Star-class of bulk cruiser, but something roughly a quarter that size. That in no way made it remarkable or unusual--dozens of ships built on the same design had been through the system since its conquest. The name, Vengeance Derra IV, followed the naming convention common among New Republic ships of recalling some event in the course of the civil war. It had even entered the system on the course and at the speed the Rebels had dictated for freighter traffic.

Still, something is not right here. During his brief career with the Corellian Security Force, hunting down smugglers and other criminals, he'd learned to trust his gut feelings about things. His father, Hal, and even his grandfather--both CorSec officers themselves--had encouraged him to follow his instincts in dangerous situations. The sensation frustrated him with its elusiveness, as if it were no more tangible than the faint scent of a flower teasing his nose and defying identification.

It's enough that I know something is odd. Exactly what isn't important at this point. Corran keyed his comm unit. "Rogue Nine to Champion Five, you handle the challenge. Wait here with Six. I'm going to go out and do a flyby."

"I copy, Nine, but we are supposed to expedite all shipping in this area. They aren't in the challenge zone yet."

The system patrols had been broken up to cover four zones around the planet of Borleias. The plane of the ecliptic split the system up and down, with sun side and out splitting it core and rim. Corran and two Y-wing pilots from General Salm's Defender Wing had up-and-out, which was by far the busiest sector because the planet's moon had moved out of it and sunward two days previous.

"Whistler, see what you can do about boosting our sensors to pick up any anomalous readings from that freighter."

The green and white R2 astromech blatted harshly at him.

"Yes, fine, there's likely to be lots of things wrong with that freighter." Corran frowned as he nudged his throttle forward and the X-wing started off toward the freighter. "I was thinking about inappropriate weapons or other odd things."

As Corran's fighter came in closer he began to get a visual feed on the ship. All of 150 meters long, it had the gentle curves of smaller ships, or the larger Mon Calamari warships. The bridge was a bulge on the top of the bow that tapered back and down into a slender midship. Two thirds of the way back toward the stern the ship's body flared out again to accommodate the star drives. A communications array sat right behind the bridge, and quad laser turrets bristled off the bow and in a ring around the middle of the ship.

Whistler splashed a report on the ship onto Corran's primary monitor. It was a Rendili Star Drive's design, from the Dwarf Star-class of freighter. It shipped roughly fifteen hundred metric tons of equipment, ran with a crew of four hundred and had nine quad lasers as well as one tractor beam that could be used to pull salvage into the belly storage area. The guns and carrying capacity made it a favorite for short-haul traders who were willing to work in areas of the galaxy where authority had broken down, or Imperial entanglements could be a problem.

"I challenged the Vengeance and it answered with a code that is good."

That surprised Corran because he couldn't shake the feeling that something was wrong with the ship. "Did they get it on the first try?"

Five's comm unit didn't filter the surprise out of his voice. "No, second pass. Why?"

"I'll tell you later. Stay where you are, but get someone to lift from Borleias in an assault shuttle. You and Six be ready for trouble."

Whistler chirped an inquiry at Corran.

"Yes, I think it's exactly like the doubletaker case." Back on Corellia he and his partner, Della Wessiri, had investigated a series of burglaries where things had been stolen from houses, but there were no signs of forced entry. All of the security systems were manufactured by different companies, and installed and monitored by different agencies. The key to cracking the case was that the ROMs used in the security systems all came from the same manufacturer. An employee had sliced the code that got burned into the chips so when a particular password was used on the locks, the system would spit out the correct password. On the second try the thief would enter the correct code, get in, and rob the place.

The Y-wing fighters the Alliance used were old, but still vital, and most of them were a patchwork of new and old systems. Spare parts were not easy to come by, and whatever were available were used quickly to keep the fighters in service. It was conceivable that a sensor/comm unit integrator had been fitted with Dodd chips that gave away codes when checking them. Arranging for such things would not be beyond the Empire's Director of Intelligence, Ysanne Isard, especially if it would help prevent the Rebel Alliance from taking Coruscant away from her.

Corran punched his comm unit over to the frequency the freighter was using. "Vengeance Derra IV, this is Lieutenant Corran Horn of Rogue Squadron. Stop now. Stand by for boarding."

The freighter did not even slow, much less stop. "Is there a problem, Lieutenant?"

Corran shifted the targeting crosshairs of his heads-up display over to lead the freighter, then sent a quad burst of red laser fire across the ship's bow. "Vengeance, standby for boarding. There will only be a problem if you make one."

The freighter began to roll to port, exposing its top toward Corran's ship. Not good. "Five and Six, prepare proton torpedoes. Link fire and lock on the freighter."

Swinging up and around from the belly of Vengeance, four of the starfighters raced in toward Corran's X-wing. Without waiting for them to start shooting, he slapped the stick to the right and brought the fighter up onto its starboard S-foil. The TIEs started their own turns to port and began to dive, anticipating his escape maneuver. Corran punched his left foot on the etheric rudder pedal, skidding the stern of his ship to starboard, then shot off straight in the opposite direction from his pursuit.

"Five, fire on the Vengeance, then take the dupes. I've got the eyeballs. Let Borleias base know we have trouble." He knew the Y-wings would have little trouble outflying the dupes--pilot slang for the double-hulled bombers. If he could keep the TIEs occupied, they wouldn't be in any position to harass the X-wings. If the missiles the Y-wings launched at Vengeance were enough to take down the forward shields, the freighter's captain would have to think about running, which would distract the TIE pilots, since without him, they were stuck in the Pyria system.

Lots of ifs there. Time to make some of them certainties. He used a snap-roll to bring the fighter up on the starboard stabilizer again, then dove into a long loop that took him down to where Vengeance's bulk hid him from the TIEs. Rolling his ship and applying some rudder, he arrowed straight in at the freighter. This put him in position to watch as the quartet of proton torpedoes launched by the Y-wings nailed the ship's bow. Each missile exploded against the shields like a star going nova. 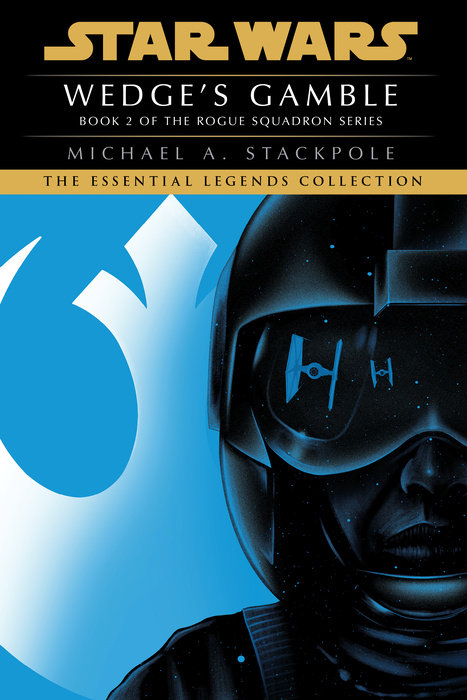