Winner of the Pulitzer Prize when it was first published in 1918, The Magnificent Ambersons chronicles the changing fortunes of three generations of an American dynasty. The protagonist of Booth Tarkington's great historical drama is George Amberson Minafer, the spoiled and arrogant grandson of the founder of the family's magnificence. Eclipsed by a new breed of developers, financiers, and manufacturers, this pampered scion begins his gradual descent from the midwestern aristocracy to the working class.

Today The Magnificent Ambersons is best known through the 1942 Orson Welles movie, but as the critic Stanley Kauffmann noted, "It is high time that [the novel] appear again, to stand outside the force of Welles's genius, confident in its own right."

"The Magnificent Ambersons is perhaps Tarkington's best novel," judged Van Wyck Brooks. "[It is] a typical story of an American family and town--the great family that locally ruled the roost and vanished virtually in a day as the town spread and darkened into a city. This novel no doubt was a permanent page in the social history of the United States, so admirably conceived and written was the tale of the Ambersons, their house, their fate and the growth of the community in which they were submerged in the end."

Newton Booth Tarkington, an enormously prolific novelist, playwright, and short story writer who chronicled urban middle-class life in the American Midwest during the early twentieth century, was born in Indianapolis on July 29, 1869. He was the son of John Stevenson Tarkington, a lawyer, and Elizabeth Booth Tarkington. His uncle and namesake, Newton Booth, was a governor of California and later a United States senator. In the essay 'As I Seem to Me,' published in the Saturday Evening Post in 1941, Tarkington recalled dictating a story to his sister when he was only six. By the age of sixteen he had written a fourteen-act melodrama about Jesse James. Tarkington was educated at Phillips Exeter Academy, Purdue University, and Princeton, where his burlesque musical The Honorable Julius Caesar was staged by the Triangle Club. Upon leaving Princeton in 1893 he returned to Indiana determined to pursue a career as a writer.

After a five-year apprenticeship marked by publishers' rejection slips, Tarkington enjoyed a huge commercial success with The Gentleman from Indiana (1899), a novel credited with capturing the essence of the American heartland. He consolidated his fame with Monsieur Beaucaire (1900), a historical romance later adapted into a movie starring Rudolph Valentino. 'Monsieur Beaucaire is ever green,' remarked Damon Runyon. 'It is a little literary cameo, and we read it over at least once a year.' The political knowledge Tarkington acquired while serving one term in the Indiana house of representatives informed In the Arena (1905), a collection of short stories that drew praise from President Theodore Roosevelt for its realism. In collaboration with dramatist Harry Leon Wilson, Tarkington wrote The Man from Home (1907), the first of many successful Broadway plays. His comedy Clarence (1919), which Alexander Woollcott praised for being 'as American as Huckleberry Finn or pumpkin pie,' helped launch Alfred Lunt on a distinguished career and provided Helen Hayes with an early successful role.

Following a decade in Europe, Tarkington returned to Indianapolis and won a new readership with the publication of The Flirt (1913). The first of his novels to be serialized in the Saturday Evening Post, the book contained authentic characters and themes that paved the way for Penrod (1914), a group of tales drawn from the author's boyhood memories of growing up in Indiana. The adventures of Penrod Schofield, which Tarkington also chronicled in the sequels Penrod and Sam (1916) and Penrod Jashber (1929), seized the imagination of young adult readers and invited comparison with Tom Sawyer. Equally successful was Seventeen (1916), a nostalgic comedy of adolescence that subsequently inspired a play, two Broadway musicals, and a pair of film adaptations as well as Tarkington's sequel novel Gentle Julia (1922).

Tarkington broke new artistic ground with The Turmoil (1915), the first novel in his so-called Growth trilogy documenting the changes in urban life during the era of America's industrial expansion. William Dean Howells, the father of American realism, praised Tarkington's vivid depiction of the human misery generated by one man's worship of bigness and materialism. The Magnificent Ambersons (1918), the second work in the series, earned Tarkington the Pulitzer Prize. 'The Magnificent Ambersons is perhaps Tarkington's best novel,' judged Van Wyck Brooks. '[It is] a typical story of an American family and town--the great family that locally ruled the roost and vanished virtually in a day as the town spread and darkened into a city.' The Midlander (1924) concludes the trilogy with the story of a real estate developer who is both a creator and a victim of the country's new wealth.
Tarkington won his second Pulitzer Prize for Alice Adams (1921), a novel often seen as an extension of the Growth trilogy. The unforgettable portrayal of a small-town social climber whose outlandish attempts to snare a rich husband are both poignant and hilarious, Alice Adams was later made into a film starring Katharine Hepburn. Tarkington's other memorable books of the period include Women (1925), a cycle of amusing stories about the flourishing social life of suburban housewives, and The Plutocrat (1927), a satire of an American millionaire abroad. In addition he turned out The World Does Move (1928), a volume of autobiographical essays, and Mirthful Haven (1930), a serious novel of manners inspired by his many summers in Kennebunkport, Maine.

In the late 1920s, Tarkington commenced a prolonged battle with failing eyesight and near blindness. After undergoing more than a dozen eye operations he regained partial vision, but he was forced to dictate his work to a secretary. His joy at being able once more to see colors maintained a lifelong passion for collecting art. The entertaining stories Tarkington wrote for the Saturday Evening Post about the art business were published as Rumbin Galleries (1937). In addition he completed Some Old Portraits (1939), a book of essays about his collection, which included works by Titian, Velázquez, and Goya.

During the final years of his life Tarkington again focused on Indiana. In The Heritage of Hatcher Ide (1941) he updated the family sagas of the Growth trilogy, while in Kate Fennigate (1943) he offered another social comedy in the spirit of Alice Adams. In 1945 Tarkington was awarded the prestigious Howells Medal of the American Academy of Arts and Letters.

Booth Tarkington died at his home in Indianapolis following a short illness on May 19, 1946. The Show Piece (1947), his unfinished last novel, profiles a young egoist reminiscent of the George Minafer of The Magnificent Ambersons. 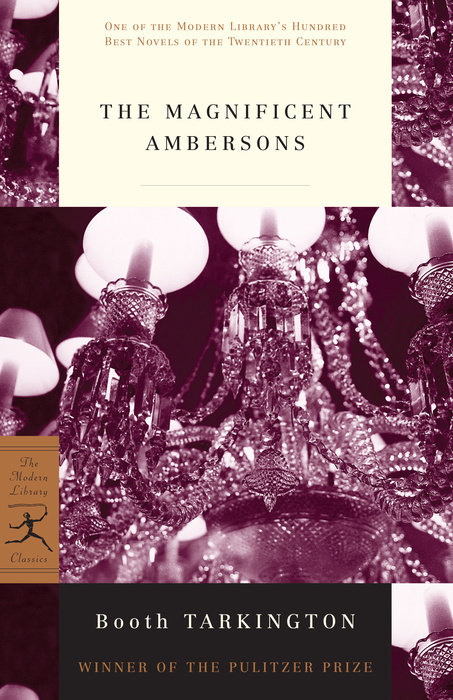