Tales told through the ages of quests and curses, enduring love and immeasurable tragedy


Gathering together two of the most crucial stories in Tolkien’s world—those of Túrin, a hero living under a ruinous family curse, and Lúthien, an elven princess whose love for a mortal man is mirrored ages later in Arwen and Aragorn—The Lays of Beleriand sheds light on the creation of the mythology of Middle-earth.

Journey through darkness with Túrin Turambar as he searches for his long-missing father in The Lay of the Children of Húrin, and join Beren and Lúthien on their quest to cut a Silmaril from Morgoth’s crown in The Lay of Leithian. Both narratives appear here in alliterative verse and are accompanied by Christopher Tolkien’s commentary on the evolution of the history of the Elder Days. Also included is critical analysis by C. S. Lewis of The Lay of Leithian. 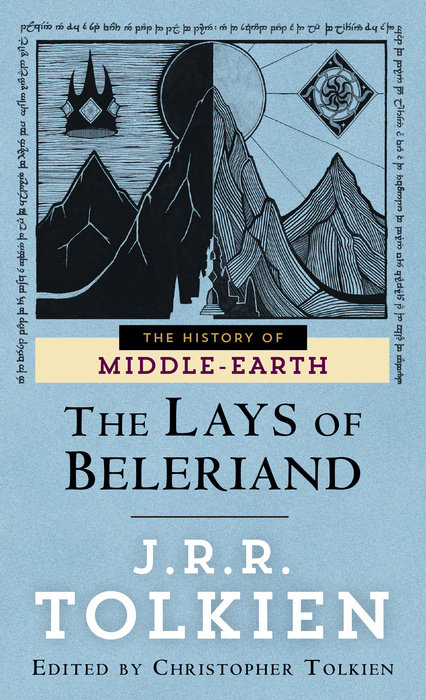