The legendary precursor to The Lord of the Rings

“A creation of singular beauty . . . magnificent in its best moments.”—The Washington Post

Set primarily in the First Age of Middle-earth, The Silmarillion contains the legend of the creation of the world and an account of the Elder Days. It is the ancient drama remembered by Elrond and Galadriel in The Lord of the Rings, and the harrowing origin of the adventure that ends ages later with Frodo and the One Ring.

At the story’s heart are the three Silmarils, jewels that held within them the Light of the Two Trees of Valinor, and Fëanor, the most gifted of elven artificers. When the Two Trees are destroyed, the Silmarils become coveted, setting into motion events that lead to the rebellion of Fëanor and his kindred against the gods, their exile from Valinor, and their hopeless war against the greatest enemy Middle-earth has ever known: Morgoth.

An excerpt from The Silmarillion

The Music of the Ainur

There was Eru, the One, who in Arda is called Ilúvatar; and he made first the Ainur, the Holy Ones, that were the offspring of his thought, and they were with him before aught else was made. And he spoke to them, propounding to them themes of music; and they sang before him, and he was glad. But for a long while they sang only each alone, or but few together, while the rest hearkened; for each comprehended only that part of the mind of Ilúvatar from which he came, and in the understanding of their brethren they grew but slowly. Yet ever as they listened they came to deeper understanding, and increased in unison and harmony.

And it came to pass that Ilúvatar called together all the Ainur and declared to them a mighty theme, unfolding to them things greater and more wonderful than he had yet revealed; and the glory of its beginning and the splendour of its end amazed the Ainur, so that they bowed before Ilúvatar and were silent.

Then Ilúvatar said to them: ‘Of the theme that I have declared to you, I will now that ye make in harmony together a Great Music. And since I have kindled you with the Flame Imperishable, ye shall show forth your powers in adorning this theme, each with his own thoughts and devices, if he will. But I will sit and hearken, and be glad that through you great beauty has been wakened into song.

Then the voices of the Ainur, like unto harps and lutes, and pipes and trumpets, and viols and organs, and like unto countless choirs singing with words, began to fashion the theme of Ilúvatar to a great music; and a sound arose of endless interchanging melodies woven in harmony that passed beyond hearing into the depths and into the heights, and the places of the dwelling of Ilúvatar were filled to overflowing, and the music and the echo of the music went out into the Void, and it was not void. Never since have the Ainur made any music like to this music, though it has been said that a greater still shall be made before Ilúvatar by the choirs of the Ainur and the Children of Ilúvatar after the end of days. Then the themes of Ilúvatar shall be played aright, and take Being in the moment of their utterance, for all shall then understand fully his intent in their part, and each shall know the comprehension of each, and Ilúvatar shall give to their thoughts the secret fire, being well pleased.

But now Ilúvatar sat and hearkened, and for a great while it seemed good to him, for in the music there were no flaws. But as the theme progressed, it came into the heart of Melkor to interweave matters of his own imagining that were not in accord with the theme of Ilúvatar; for he sought therein to increase the power and glory of the part assigned to himself. To Melkor among the Ainur had been given the greatest gifts of power and knowledge, and he had a share in all the gifts of his brethren. He had gone often alone into the void places seeking the Imperishable Flame; for desire grew hot within him to bring into Being things of his own, and it seemed to him that Ilúvatar took no thought for the Void, and he was impatient of its emptiness. Yet he found not the Fire, for it is with Ilúvatar. But being alone he had begun to conceive thoughts of his own unlike those of his brethren.

Some of these thoughts he now wove into his music, and straight-way discord arose about him, and many that sang nigh him grew despondent, and their thought was disturbed and their music faltered; but some began to attune their music to his rather than to the thought which they had at first. Then the discord of Melkor spread ever wider, and the melodies which had been heard before foundered in a sea of turbulent sound. But Ilúvatar sat and hearkened until it seemed that about his throne there was a raging storm, as of dark waters that made war one upon another in an endless wrath that would not be assuaged.

Then Ilúvatar arose, and the Ainur perceived that he smiled; and he lifted up his left hand, and a new theme began amid the storm, like and yet unlike to the former theme, and it gathered power and had new beauty. But the discord of Melkor rose in uproar and contended with it, and again there was a war of sound more violent than before, until many of the Ainur were dismayed and sang no longer, and Melkor had the mastery. Then again Ilúvatar arose, and the Ainur perceived that his countenance was stern; and he lifted up his right hand, and behold! a third theme grew amid the confusion, and it was unlike the others. For it seemed at first soft and sweet, a mere rippling of gentle sounds in delicate melodies; but it could not be quenched, and it took to itself power and profundity. And it seemed at last that there were two musics progressing at one time before the seat of Ilúvatar, and they were utterly at variance. The one was deep and wide and beautiful, but slow and blended with an immeasurable sorrow, from which its beauty chiefly came. The other had now achieved a unity of its own; but it was loud, and vain, and endlessly repeated; and it had little harmony, but rather a clamorous unison as of many trumpets braying upon a few notes. And it essayed to drown the other music by the violence of its voice, but it seemed that its most triumphant notes were taken by the other and woven into its own solemn pattern.

In the midst of this strife, whereat the halls of Ilúvatar shook and a tremor ran out into the silences yet unmoved, Ilúvatar arose a third time, and his face was terrible to behold. Then he raised up both his hands, and in one chord, deeper than the Abyss, higher than the Firmament, piercing as the light of the eye of Ilúvatar, the Music ceased.

Then Ilúvatar spoke, and he said: ‘Mighty are the Ainur, and mightiest among them is Melkor; but that he may know, and all the Ainur, that I am Ilúvatar, those things that ye have sung, I will show them forth, that ye may see what ye have done. And thou, Melkor, shalt see that no theme may be played that hath not its uttermost source in me, nor can any alter the music in my despite. For he that attempteth this shall prove but mine instrument in the devising of things more wonderful, which he himself hath not imagined.

Then the Ainur were afraid, and they did not yet comprehend the words that were said to them; and Melkor was filled with shame, of which came secret anger. But Ilúvatar arose in splendour, and he went forth from the fair regions that he had made for the Ainur; and the Ainur followed him.

But when they were come into the Void, Ilúvatar said to them: ‘Behold your Music!’ And he showed to them a vision, giving to them sight where before was only hearing; and they saw a new World made visible before them, and it was globed amid the Void, and it was sustained therein, but was not of it. And as they looked and wondered this World began to unfold its history, and it seemed to them that it lived and grew. And when the Ainur had gazed for a while and were silent, Ilúvatar said again: ‘Behold your Music! This is your minstrelsy; and each of you shall find contained herein, amid the design that I set before you, all those things which it may seem that he himself devised or added. And thou, Melkor, wilt discover all the secret thoughts of thy mind, and wilt perceive that they are but a part of the whole and tributary to its glory.

And many other things Ilúvatar spoke to the Ainur at that time, and because of their memory of his words, and the knowledge that each has of the music that he himself made, the Ainur know much of what was, and is, and is to come, and few things are unseen by them. Yet some things there are that they cannot see, neither alone nor taking counsel together; for to none but himself has Ilúvatar revealed all that he has in store, and in every age there come forth things that are new and have no foretelling, for they do not proceed from the past. And so it was that as this vision of the World was played before them, the Ainur saw that it contained things which they had not thought. And they saw with amazement the coming of the Children of Ilúvatar, and the habitation that was prepared for them; and they perceived that they themselves in the labour of their music had been busy with the preparation of this dwelling, and yet knew not that it had any purpose beyond its own beauty. For the Children of Ilúvatar were conceived by him alone; and they came with the third theme, and were not in the theme which Ilúvatar propounded at the beginning, and none of the Ainur had part in their making. Therefore when they beheld them, the more did they love them, being things other than themselves, strange and free, wherein they saw the mind of Ilúvatar reflected anew, and learned yet a little more of his wisdom, which otherwise had been hidden even from the Ainur. 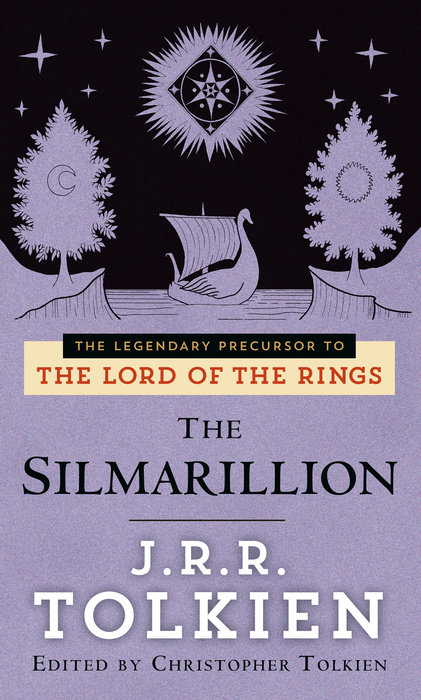