Stories, poems, and commentaries by the author of The Hobbit and The Lord of the Rings

FARMER GILES OF HAM
An imaginative history of the distant and marvelous past that introduces the rather unheroic Farmer Giles, whose efforts to capture a somewhat untrustworthy dragon will delight readers everywhere.

THE ADVENTURES OF TOM BOMBADIL
A collection of verse in praise of Tom Bombadil, that staunch friend of the Hobbits in The Lord of the Rings.

TREE AND LEAF
Contains “On Fairy-stories,” Professor Tolkien’s now-famous essay on the form of the fairy story and the treatment of fantasy.

. . . and other dazzling works, including an introduction by Peter S. Beagle

An excerpt from The Tolkien Reader

Far to the north there are the Iron Hills, the Gray Mountains and the Ice Bay of Forochel; beyond that lies only the great Northern Waste. Farthest to the south is the Haradwaith, land of a dark and fierce people; on the west is the Sea, and far over the Sea are the immortal lands of Westernesse, out of which the Eldar peoples came, and to which they will all return in time. To the east is Mordor, and that was always an evil and desolate country. These are the boundaries of Middle-earth, and this is the world that J. R. R. Tolkein has explored and chronicled in The Lord of the Rings. I do not say created, for it was always there.

The Lord of the Rings and its prologue, The Hobbit, belong, in my experience, to a small group of books and poems and songs that I have truly shared with other people. The strangest strangers turn out to know it, and we talk about Gandalf and mad Gollum and the bridge of Khazad-dûm while the party or the classroom or the train rattles along unheard. Old friends rediscover it, as I do—to browse through any book of the Ring trilogy is to get hooked once more into the whole legend—and we talk of it at once as though we had just read it for the first time, and as though we were remembering something that had happened to us together long ago. Something of ourselves has gone into reading it, and so it belongs to us.

The country of the book, Middle-earth, is a land much like our own, as mythical, but no more so. Its sunlight is remembered from the long summers of childhood, and its nightmares are equally those of children: overwhelming visions of great, cold shapes that block out the sunlight forever. But the forces that form the lives of the dwellers of Middle-earth are the same that make our lives—history, chance and desire. It is a world bubbling with possibility, subject to natural law, and never more than a skin away from the howling primal chaos that waits outside every world; it is no Oz, no Great Good Place, but a world inhabited by people and things, smells and seasons, like our own.

The Hobbit is our introduction both to Middle-earth and to the tale of the One Ring. Hobbits are a small, burrow-dwelling people, a little shorter than Dwarves: furry-footed, sociable growers and gardeners, fond of fireworks, songs and tobacco, inclined toward stoutness and the drawing up of geneologies. In this book, the hobbit Bilbo Baggins accompanies thirteen Dwarves and a wizard named Gandalf to aid in the recovery of a treasure stolen by a dragon centuries before. During the adventure Bilbo finds a magic ring and brings it home as a souvenir. Its gift, as far as he can tell, is to make the wearer invisible, which is useful if you are trying to avoid aunts and dragons, and Bilbo uses it for both purposes a time or two. But he makes little other use of it in the sixty years he keeps it; he carries it in his pocket on a fine chain.

The Lord of the Rings begins with Gandalf’s discovery that Bilbo’s ring is in truth the One Ring of the rhyme. It was made by the Dark Lord—Sauron of Mordor, ageless and utterly evil—and the lesser rings distributed among Elves, Dwarves and Men are meant in time to lure the three peoples under the domination of the One Ring, the master of all. But Sauron has lost the ring, and his search for it is growing steadily more fierce and frantic: possessing the Ring, he would be finally invincible, but without it all his power may yet be unmade. The Ring must be destroyed—not only to keep it from Sauron’s grasp, but because of all the rings, the One Ring’s nature is to turn good into evil—and it is Bilbo’s nephew, Frodo Baggins, who undertakes to journey with it to the volcano where it was forged, even though the mountain lies in Mordor, under the eye of the Dark Lord.

The Lord of the Rings is the tale of Frodo’s journey through a long nightmare of greed and terrible energy, of his education in both fear and true beauty, and of his final loss of the world he seeks to save. In a sense, his growing knowledge has eaten up the joy and the innocent strength that made him, of all the wise and magic people he encounters, the only one fit to bear the Ring. As he tells Sam Gamgee, the only friend who followed him all the long way to the fire, “It must often be so . . . when things are in danger: someone has to give them up, lose them, so that others may keep them.” There are others in Middle-earth who would have willingly paid that price, but certainly none to whom it would have meant as much.

That is the plot; but the true delight of the book comes from the richness of the epic, of which The Lord of the Rings is only a few stanzas. The structure of Tolkein’s world is as dizzyingly complex and as natural as a snowflake or a spiderweb: the kingdoms of Men in Middle-earth alone have endured for three ages, and each of their histories, as Tolkein sets them forth in the fascinating Appendix, contains enough material for a ballad as long as The Lord of the Rings. And there are other, older peoples—notably the immortal Elves—whose memories go back to the Elder Days, long before good or evil moved in Middle-earth; there are the Dwarves and the Ents—the shepherds of the trees, “old as mountains”—and there is Tom Bombadil, who belongs to no race, no mission and no age.

Tolkein tells us something of each of these peoples—their songs, their languages, their legends, their customs and their relations with one another—but he is wise enough not to tell all that he knows of them and of their world. One can do that with literary creations, but not with any living thing. And Middle-earth lives, not only in The Lord of the Rings but around it and back and forth from it. I have read the complete work five or six times (not counting browsing, for which this essay is, in part, an excuse), and each time my pleasure in the texture of it deepens. It will bear the mind’s handling, and it is a book that acquires an individual patina in each mind that takes it up, like a much-caressed pocket stone or piece of wood. At times, always knowing that I didn’t write it, I feel that I did.

The Hobbit is a good introduction to the dwellers in Middle-earth, the more so as several of its main characters appear again in The Lord of the Rings. In addition to hobbits, Dwarves, Elves and Men, there is Gandalf the wizard: a wanderer, known by many names to many peoples, capable of appearing as a bent, frail old man, handy with fireworks, vain, fussy and somehow comical, or as a shining figure of terrifying power, fit to contest the will of Sauron himself. And there is Beorn, the skin-changer, who can take on the shape of a bear at will; a surly, rumbling man, but a good friend. Beorn is not seen after The Hobbit, but in a literary sense he is the forerunner of the more deeply realized Tom Bombadil. Both are wary creatures, misliking the great concerns of other peoples. Both are their own masters, under no enchantment but their own; but old Bombadil is song incarnate, and his power is greater than Beorn’s. He would be the last to be conquered if Sauron held the Ring.

But of all the characters in both books, surely the most memorable—and by his own miserable fate, the most important—is the creature called Sméagol, or Gollum, from the continuous gulping sound he makes in his throat. Gollum in ancestry is very close to the hobbits, and it is he who discovers the Ring in a river where it has been lost for thousands of years. Rather, he murders to get it, for no reason that he can say except that it is more beautiful than anything that has ever come into his life. His name for it, always, is “the Precious.” He flees up the river with it until the river flows under the mountains, and there he hides in darkness until Bilbo, lost in the mountains, stumbles on him and on the unguarded Ring, which he pockets. The Ring takes care of itself, as Gandalf realizes: it gravitates to power; it goes where it has to go. But Gollum cannot live without his Precious, and it is not long before he leaves the mountains to search for it. In his wanderings, he eventually picks up the trail of Frodo and Sam, and is captured by them and made to lead them into Mordor, where he has once been Sauron’s prisoner. From then on he is either along with them or in sight of them almost continuously until the end of their journey—and of his own equally terrible odyssey. 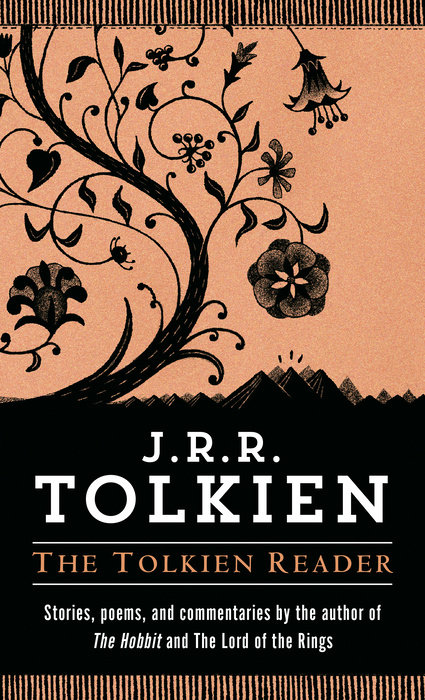