The definitive account of the O. J. Simpson trial, The Run of His Life is a prodigious feat of reporting that could have been written only by the foremost legal journalist of our time. First published less than a year after the infamous verdict, Jeffrey Toobin’s nonfiction masterpiece tells the whole story, from the murders of Nicole Brown Simpson and Ronald Goldman to the ruthless gamesmanship behind the scenes of “the trial of the century.” Rich in character, as propulsive as a legal thriller, this enduring narrative continues to shock and fascinate with its candid depiction of the human drama that upended American life.

Praise for The Run of His Life

“This is the book to read.”—Michiko Kakutani, The New York Times

“This book stands out as a gripping and colorful account of the crime and trial that captured the world’s attention.”—Boston Sunday Globe

“A real page-turner . . . strips away the months of circuslike televised proceedings and the sordid tell-all books and lays out a simple, but devastating, synopsis of the case.”—Entertainment Weekly

“A well-written, profoundly rational analysis of the trial and, more specifically, the lawyers who conducted it.”—USA Today

“Engrossing . . . Toobin’s insight into the motives and mind-set of key players sets this Simpson book apart from the pack.”—People (one of the top ten books of the year)

An excerpt from The Run of His Life

The geographic spine of Brentwood—indeed, the spine of wealthy West Los Angeles—is Sunset Boulevard. The legendary thoroughfare begins modestly, just a few blocks from the Los Angeles Criminal Courts Building, in the city’s forlorn downtown, where it begins its twenty-mile trek west to the Pacific Ocean. From downtown, it passes through the honky-tonk precincts of Hollywood and then moves ever upscale, through Beverly Hills and then to Bel-Air. When Sunset then crosses the San Diego Freeway, the air clears—literally. The next community is Brentwood, where ocean breezes scrub the pervasive smog from the sky. Here, in its last stop before the ocean, Sunset Boulevard shimmies along the base of the foothills that lead up to the Santa Monica Mountains. When planners first laid out Brentwood in the 1920s, their model was Golden Gate Park in San Francisco. The little roads that sprout from Sunset still follow the curves of the hills. Big houses have always been the rule in Brentwood, in the usual stylistic mix for wealthy Los Angeles: Normandy farmhouse; English Tudor; English Cotswold cottage; Spanish Colonial Revival. In one respect, the houses in Brentwood differ from their wealthy cousins in the Hollywood Hills or Beverly Hills. It is a less showy neighborhood, with fewer modernist architectural gestures and rococo European follies—a conservative place.

The iron law of real estate in Brentwood is simple and unchanging: North of Sunset, sometimes called Brentwood Park, is better than south. On February 23, 1977, O.J. Simpson bought a house on a prime corner lot at 360 North Rockingham for $650,000. (Real estate agents say the house is probably worth about $4 million in 1996.) The home reflects the stolid grandeur of the hilly neighborhood north of Sunset Boulevard: 6,000 square feet in a timber-and-stone frame, with an adjoining pool and tennis court. A six-foot-tall brick wall protects the house’s privacy. Some of Simpson’s monthly expenses, as revealed in legal papers from his 1992 divorce from Nicole, give a sense of the scale of the place: $13,488 annually for utilities; $10,129 for gardening; and $4,371 for “Pool—Tennis Court Services.”

Shortly after O.J. bought the house, he began seeing eighteen-year-old Nicole Brown, and then he separated from his wife, Marguerite. (At the time, O.J. was thirty and near the end of his professional football career.) O.J. and Marguerite divorced in 1979, the same year that their two-year-old daughter, Aaren, accidentally drowned in the pool at Rockingham. Nicole lived with O.J. in the Rockingham house for more than a decade, through their marriage in 1985, the birth of their daughter, Sydney, eight months later, and the birth of their son, Justin, in 1988. However, when they separated in February 1992, there was never any doubt that the house was his. As Simpson stated in a declaration filed as part of the divorce proceeding with Nicole, “Because of the nature of my estate and my existing obligations, I requested that [Nicole] sign a Prenuptial Agreement. There were substantial negotiations over a period of 7 to 9 months which resulted in a signed agreement essentially providing that all property rights would remain separate.”

So Nicole and the two children moved to nearby 325 Gretna Green Way, in a quiet and pleasant part of Brentwood without gated estates on the southern side of Sunset. Her new house reflected one of the most common styles for modern California homes—what might be called Discount Mission. Spray-on stucco lined the exterior walls, a few wooden beams spruced up the sides, and clay tiles covered the roof. A two-car garage dominated the front.

As their divorce litigation went forward in 1992, it became clear that Nicole had many years earlier made herself a hostage to O.J.’s fortunes. In the divorce proceeding, Nicole pressed O.J. for both child and spousal support, stressing her complete financial dependence on him. “I am not currently employed and spend my time caring for my two young children,” she declared in an affidavit. Her attorneys wrote in a brief that as a teenager, around the time she met Simpson, Nicole “worked as a waitress for two months. Prior to that, she worked as a sales clerk in a boutique. She worked there for a total of two weeks and did not make a single sale. These two jobs are the sum total of her employment experience.” In a court-ordered meeting with a “vocational counselor,” Nicole described herself as a “party animal” and said her personal goals were “to raise my kids as best I can; beyond that I haven’t thought about me.” She added, “I’m sure I will get a goal someday.” It wasn’t until Nicole was in her mid-thirties and divorced that she began to consider entering the business world. Her friend and fellow party animal Faye Resnick later reported in a book about Nicole that at the time of her death, the two women were hoping to open a coffeehouse in Brentwood called “Java Café or something like that,” with “poetry readings and fabulous teas and coffees.

O.J. and Nicole’s divorce was settled without a trial. On October 15, 1992, the parties agreed that O.J., whose after-tax income amounted to $55,000 monthly (that is, $660,000 a year), would pay Nicole $10,000 a month in child support. Nicole kept title to a rent-producing condominium in San Francisco, and O.J. agreed to make a one-time payment to her of $433,750. “It is the intent of the parties,” the settlement stated, “that a substantial portion of this sum shall be used by [Nicole] for the acquisition of a residence.”

Real estate agents in Brentwood speak about the extraordinary intimacy of their relationships with their clients. The brokers are often women who have entered the business as a new career in midlife. According to an experienced agent, “People are so wrapped up in their houses here that you become their confessors. It’s amazing what I hear. People think nothing of telling their brokers that they were raped by their fathers.” Nicole Simpson quickly developed a close friendship with Jeane McKenna, who had been a broker in Brentwood since 1978. They had much in common: Both had been married to prominent athletes in Los Angeles. McKenna’s ex-husband is Jim Lefebvre, the former Dodger infielder, whom she had met when she was a flight attendant. When the two women met in October 1993, McKenna learned that Nicole had been divorced for about a year. After a period of on-and-off reconciliations with O.J., she was finally ready to buy her own place.

Nicole needed to move quickly on a purchase. She had sold the rental property in San Francisco, and to avoid taxes on the sale, she was required to invest the proceeds promptly in another rent-producing property. According to Jeane McKenna, “She was paying five thousand a month at Gretna Green, which had a pool and a guest house, so when she bought a new place, she wasn’t going to get everything she had before, but this would be her own.” As it turned out, McKenna had just what Nicole wanted.

In exasperation, Jeane McKenna used to refer to 875 South Bundy Drive as her “career listing”—the house she couldn’t sell. Bundy Drive is the main north-south artery of Brentwood, a noisy, busy, traffic-filled thoroughfare. McKenna’s property was the north side of a two-family condominium building in an area real estate agents refer to as the Brentwood flats or, sometimes, the poor man’s Brentwood. McKenna had had her name on a FOR SALE sign in front of that property for more than six months when she received a call from Nicole in October 1993. According to McKenna, “It’s not exactly an ace area of Brentwood, south of Sunset. The windows were double-paned so you couldn’t hear the noise on the street, and when I marketed the property, I told potential buyers, including Nicole, ‘You’re not going to be doing any outdoor entertaining, with all the buses and sirens screaming by.’ ” But the three-story condominium did have its advantages. It was modern, built in 1991, and it had a two-story living room, several skylights, and an assortment of high-end accoutrements, including a Jacuzzi, a Sub-Zero refrigerator, and a kitchen full of marble countertops. But McKenna couldn’t sell it until Nicole came along.

Nicole liked the Bundy condo, in part because of its location near a school. Nicole wanted to be close to a playground because her children would no longer have a yard. McKenna negotiated a deal for Nicole to buy the house for $625,000, but she wound up paying an additional $30,000. “The seller was this television producer who was in financial trouble, so Nicole had to pay all the seller’s closing costs, too,” McKenna explained. “She just really wanted that place.”

Jeffrey Toobin is the bestselling author of True Crimes and Misdemeanors, The Oath, The Nine, Too Close to Call, The Run of His Life, which was made into the critically acclaimed FX series American Crime Story: The People v. O.J. Simpson, and A Vast Conspiracy, the inspiration for Impeachment: American Crime Story. He is the chief legal analyst at CNN. 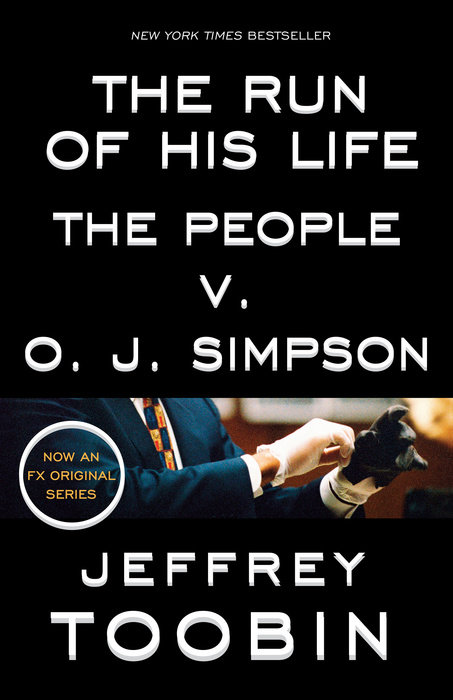