At his death in 1547, King Henry VIII left four heirs to the English throne: his only son, the nine-year-old Prince Edward; the Lady Mary, the adult daughter of his first wife Katherine of Aragon; the Lady Elizabeth, the teenage daughter of his second wife Anne Boleyn; and his young great-niece, the Lady Jane Grey. In this riveting account Alison Weir paints a unique portrait of these extraordinary rulers, examining their intricate relationships to each other and to history. She traces the tumult that followed Henry's death, from the brief intrigue-filled reigns of the boy king Edward VI and the fragile Lady Jane Grey, to the savagery of "Bloody Mary," and finally the accession of the politically adroit Elizabeth I.

As always, Weir offers a fresh perspective on a period that has spawned many of the most enduring myths in English history, combining the best of the historian's and the biographer's art.

“Like anthropology, history and biography can demonstrate unfamiliar ways of feeling and being. Alison Weir's sympathetic collective biography, The Children of Henry VIII does just that, reminding us that human nature has changed--and for the better. . . . Weir imparts movement and coherence while re-creating the suspense her characters endured and the suffering they inflicted.”—The New York Times Book Review

An excerpt from The Children of Henry VIII

This book is not a history of England during the troubled reigns of Edward VI, Jane Grey, Mary I and Elizabeth I, but a chronicle of the personal lives of four English sovereigns, and the relationships between them, during the period 1547 to 1558. When Henry VIII died in 1547, he left three highly intelligent children to succeed him in turn--Edward, Mary and Elizabeth, to be followed, if their lines failed, by the descendants of his sister Mary Tudor, one of whom was the ill-fated nine-days queen, Lady Jane Grey.

The relationships between the royal siblings were never easy ones for several reasons: all had very dissimilar characters, and while they took after their father in many ways, they had each inherited diverse characteristics from their mothers, who had been the first three of Henry VIII's six wives. Each child had spent its formative years in vastly different circumstances, and had enjoyed--or suffered--varying relations with its formidable father. Mary's mother had been supplanted in King Henry's affections by Elizabeth's mother, who had, in her turn, been supplanted by Edward's mother. And while the King's daughters suffered several vicissitudes of fortune in Henry's lifetime, his son grew up secure in his august father's love and protection.

In the pages of this book, which begins at the point where my earlier book The Six Wives of Henry VIII came to an end, I have tried to portray the characters of these royal siblings and their cousin Jane Grey as realistically as possible, and to describe how their personal relationships with each other were affected by political and religious considerations. In order to achieve this, I have consulted a wealth of documentary evidence contemporary to the period, including numerous private and official letters, the great calendars of state and the masses of diplomatic papers, as well as memorials and chronicles by contemporary writers, including Edward VI's own journal, and more mundane records, such as lists of privy purse expenses, which can in fact yield fascinating information.

There have been many biographies of the later Tudor monarchs, but never a book in which their personal lives and relations with each other, and the effect of these factors upon the history of England, have been the central theme. One cannot of course write about kings and queens without touching on the political and social issues of their times, but what I have tried to bring into focus here is personal information that has until now been treated as generally subsidiary to the political ethos of other works. This book is not intended to replace such works, but to complement them.

In these pages, we go back in time to an age in which the personalities of monarchs and their familial connections had the power to influence governments, and it is vital to our knowledge of the period to understand what shaped the characters of these four monarchs, who were among the most charismatic and vivid personalities ever to have graced the throne of England. Naturally, our human condition makes us eager to learn about the private things, the everyday trivia, the scandals, and the sheer "feel" of ages long gone. We want to bridge the gap, to discover that even these long-dead kings and queens felt as we do, and come to know them through the writings and mementos they have left behind. We are fortunate, therefore, that the Tudor period is one rich in source material, in which fascinating--and sometimes astonishing--discoveries may be made. These, and one or two tantalizing mysteries, are the things I have included in this book, the things that bring us closer to the past.

Set against a background of turbulent change and intrigue, the story that unfolds will, I hope, bring to life four Tudor sovereigns and those whose lives they touched, and will portray them not only as Renaissance princes, but as individuals, who, in the final analysis, were people not so very unlike ourselves. 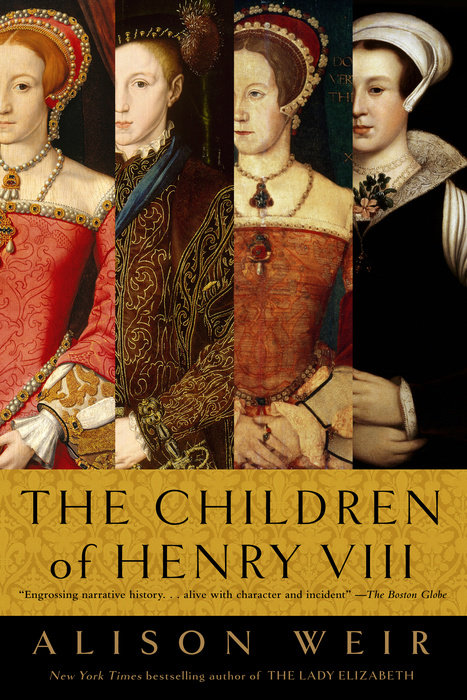