In this essential Star Wars Legends novel, the sequel to Heir to the Empire, Grand Admiral Thrawn’s sinister plan threatens to spell doom for the fledgling New Republic and its most iconic heroes.

The dying Empire’s most cunning and ruthless warlord, Grand Admiral Thrawn, has taken command of the remnants of the Imperial Fleet and launched a massive campaign aimed at the New Republic’s destruction. Meanwhile, Han Solo and Lando Calrissian race against time to find proof of treason inside the highest Republic Council—only to discover instead a ghostly fleet of warships that could bring doom to their friends and victory to their enemies.

Yet most dangerous of all is a new Dark Jedi, risen from the ashes of a shrouded past, consumed by bitterness, and scheming to corrupt Luke Skywalker to the dark side.

Directly ahead, the star was a marble-sized yellow-orange ball, its intensity moderated by its distance and by the viewports’ automatic sunscreens. Surrounding it and the ship itself were the stars, a spattering of blazing white pinpricks in the deep blackness of space. Directly beneath the ship, in the western part of the Great Northern Forest of the planet Myrkr, dawn was approaching.

The last dawn that some in that forest would ever see.

Standing at one of the side bridge viewports of the Imperial Star Destroyer Chimaera, Captain Pellaeon watched as the fuzzy terminator line crept toward the target zone on the planet below. Ten minutes ago, the ground forces surrounding the target had reported themselves ready; the Chimaera itself had been holding blockade position for nearly an hour. All that was missing now was the order to attack.

Slowly, feeling almost furtive about it, Pellaeon turned his head a couple of centimeters to the side. Behind him and to his right, Grand Admiral Thrawn was seated at his command station, his blue-skinned face expressionless, his glowing red eyes focused on the bank of status readouts wrapped around his chair. He hadn’t spoken or moved from that position since the last of the ground forces had reported in, and Pellaeon could tell the bridge crew was beginning to get restless.

For his own part, Pellaeon had long since stopped trying to second-guess Thrawn’s actions. The fact that the late Emperor had seen fit to make Thrawn one of his twelve Grand Admirals was evidence of his own confidence in the man—all the more so given Thrawn’s not-entirely-human heritage and the Emperor’s well-known prejudices in such matters. Moreover, in the year since Thrawn had taken command of the Chimaera and had begun the task of rebuilding the Imperial Fleet, Pellaeon had seen the Grand Admiral’s military genius demonstrated time and again. Whatever his reason for holding off the attack, Pellaeon knew it was a good one.

As slowly as he’d turned away, he turned back to the viewport. But his movements had apparently not gone unnoticed. “A question, Captain?” Thrawn’s smoothly modulated voice cut through the low hum of bridge conversation.

“No, sir,” Pellaeon assured him, turning again to face his superior.

For a moment those glowing eyes studied him, and Pellaeon unconsciously braced himself for a reprimand, or worse. But Thrawn, as Pellaeon still had a tendency to forget, did not have the legendary and lethal temper that had been the hallmark of the Lord Darth Vader. “You’re perhaps wondering why we haven’t yet attacked?” the Grand Admiral suggested in that same courteous tone.

“Yes, sir, I was,” Pellaeon admitted. “All our forces appear to be in position.”

“Our military forces are, yes,” Thrawn agreed. “But not the observers I sent into Hyllyard City.”

“Yes. I find it unlikely that a man of Talon Karrde’s cunning would set up a base in the middle of a forest without also setting up security contacts with others outside the immediate area. Hyllyard City is too far from Karrde’s base for anyone there to directly witness our attack; hence, any sudden flurries of activity in the city will imply the existence of a more subtle line of communication. From that we’ll be able to identify Karrde’s contacts and put them under long-term surveillance. Eventually, they’ll lead us to him.”

“Yes, sir,” Pellaeon said, feeling a frown crease his forehead. “Then you’re not expecting to take any of Karrde’s own people alive.”

The Grand Admiral’s smile turned brittle. “On the contrary. I fully expect our forces to find an empty and abandoned base.”

Pellaeon threw a glance out the viewport at the partly lit planet below. “In that case, sir . . . ​why are we attacking it?”

“Three reasons, Captain. First, even men like Talon Karrde occasionally make mistakes. It could well be that in the rush to evacuate his base he left some crucial bit of information behind. Second, as I’ve already mentioned, an attack on the base may lead us to his contacts in Hyllyard City. And third, it provides our ground forces with some badly needed field experience.”

The glowing eyes bored into Pellaeon’s face. “Never forget, Captain, that our goal is no longer merely the pitiful rear-guard harassment of the past five years. With Mount Tantiss and our late Emperor’s collection of Spaarti cylinders in our hands, the initiative is once again ours. Very soon now we’ll begin the process of taking planets back from the Rebellion; and for that we’ll need an army every bit as well trained as the officers and crew of the Fleet.”

“Good.” Thrawn lowered his gaze to his displays. “It’s time. Signal General Covell that he may begin.”

“Yes, sir,” Pellaeon said, leaving the viewport and returning to his station. He gave the readouts a quick check and tapped his comm switch, peripherally aware as he did so that Thrawn had likewise activated his own comm. Some private message to his spies in Hyllyard City? “This is the Chimaera,” Pellaeon said. “Launch the attack.”

“Acknowledged, Chimaera,” General Covell said into his helmet comlink, careful to keep the quiet scorn in his gut from getting through to his voice. It was typical—typical and disgustingly predictable. You scrambled around like mad hellions, got your troops and vehicles on the ground and set up . . . ​and then you stood around waiting for those strutting Fleet people in their spotless uniforms and nice clean ships to finish sipping their tea and finally get around to letting you loose.

Well, get yourselves comfortable, he thought sardonically in the direction of the Star Destroyer overhead. Because whether Grand Admiral Thrawn was interested in real results or just a good rousing show, he was going to get his money’s worth. Reaching to the board in front of him, he keyed for local command frequency. “General Covell to all units: we’ve got the light. Let’s go.”

The acknowledgments came in; and with a shiver from the steel deck beneath him, the huge AT-AT walker was off, lumbering its deceptively awkward-looking way through the forest toward the encampment a kilometer away. Ahead of the AT-AT, occasionally visible through the armored transparisteel viewport, a pair of AT-ST scout walkers ran in twin-point formation, tracking along the AT-AT’s path and watching for enemy positions or booby traps. Not that such futile gestures would do Karrde any good. Covell had directed literally hundreds of assault campaigns in his years of Imperial service, and he knew full well the awesome capabilities of the fighting machines under his command.

Beneath the viewport, the holographic tactical display was lit up like a decorative disk, the winking red, white, and green lights showing the positions of Covell’s circle of AT-ATs, AT-STs, and hoverscout attack vehicles, all closing on Karrde’s encampment in good order.

Good, but not perfect. The north-flank AT-AT and its support vehicles were lagging noticeably behind the rest of the armored noose. “Unit Two, bring it up,” he said into his comlink.

“Trying, sir,” the voice came back, tinny and distant through the strange dampening effects of Myrkr’s metal-rich flora. “We’re encountering some thick vine clusters that are slowing down our scout walkers.”

“Is it bothering your AT-AT any?”

“No, sir, but I wanted to keep the flank together—”

“Pattern coherence is a fine goal during academy maneuvers, Major,” Covell cut him off. “But not at the expense of an overall battle plan. If the AT-STs can’t keep up, leave them behind.”

Covell broke the connection with a snort. The Grand Admiral was right about one thing, at least: his troops were going to need a lot more battle seasoning before they would be up to real Imperial standards. Still, the raw material was there. Even as he watched, the north flank reformed itself, with the hoverscouts spreading forward to take up the AT-STs’ former point positions while the lagging AT-STs themselves fell back into rear-guard deployment.

The energy sensor beeped a proximity warning: they were coming up on the encampment. “Status?” he asked his crew.

“All weapons charged and ready,” the gunner reported, his eyes on the targeting displays.

“No indications of resistance, active or passive,” the driver added.

And with a final crash of mangled vegetation, the AT-AT broke through into the clearing. 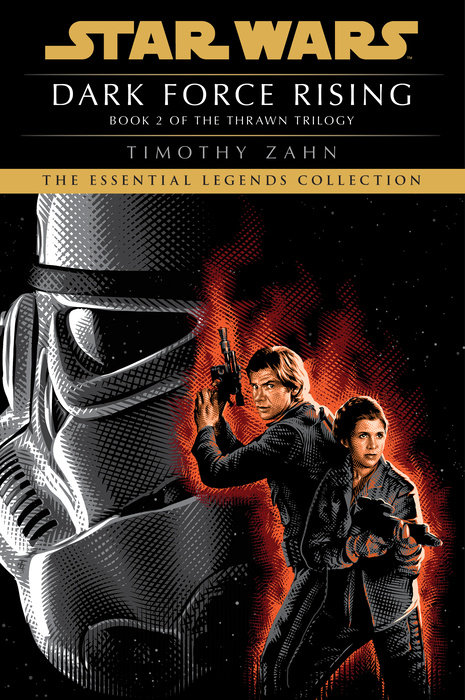