Jordan McKell has a problem with authority. Unfortunately for him, the iron-fisted authority of the powerful Patthaaunutth controls virtually every aspect of galactic shipping. In order to survive, Jordan ekes out a living dabbling in interstellar smuggling for outlaw concerns that represent the last vestiges of free trade in the galaxy. So when Jordan and his partner, Ixil--an alien with two ferret-like "outhunters" linked to his neural system--are hired by a mysterious gentleman to fly a ship and its special cargo to Earth, they jump at the job.

Caution has never been one of Jordan's strong suits. But this time he may have taken on more than even he can handle. The ship, Icarus, turns out to be a ramshackle hulk, the ragtag crew literally picked up off the street, and the cargo so secret, it's sealed in a special container that takes up most of the cramped and ill-designed ship. As if that weren't bad enough, it looks like the authorities already suspect something is afoot, there's a saboteur aboard, and the Icarus appears to be shaking apart at the seams.

It doesn't seem as if things could get any worse. That is, until a beautiful crew member helps McKell uncover the true nature of the cargo he's carrying. With his enemies closing in on the lumbering Icarus, the unknown saboteur still aboard, and authorities on Earth pressured to turn them in, McKell and Ixil become fugitives. Their only chance is to stay one step ahead of their pursuers as they try to make it home.

A bold and epic novel filled with unrelenting action and a good dose of humor, The Icarus Hunt is a wild hyperspace romp through the galaxy.

An excerpt from The Icarus Hunt

They were waiting as I stepped through the door into the taverno: three of them, preadult Yavanni, roughly the size of Brahma bulls, looming over me from both sides of the entryway. Big, eager-eyed, and territorial, they were on the prowl and looking for an excuse to squash something soft.

From all indications, it looked like that something was going to be me.

I stopped short just inside the door, and as it swung closed against my back I caught a faint whiff of turpentine from the direction of my would-be assailants. Which meant that along with being young and brash, they were also tanked to the briskets. I was still outside the invisible boundary of the personal territories they'd staked out for themselves in the entryway; and if I had any brains, I'd keep it that way. Yavanni aren't very bright even at the best of times, but when you're outweighed by two to one and outnumbered by three to one, brainpower ratio isn't likely to be the deciding factor. It had been a long day and a longer evening, I was tired and cranky, and the smartest thing I could do right now was get hold of the doorknob digging into my back and get out of there.

I looked past the Yavanni into the main part of the taverno. The place was pretty crowded, with both humans and a representative distribution of other species sitting around the fashionably darkened interior. It was likely to stay well populated, too, at least as long as anyone who tried to leave had to pass the three mobile mountains waiting at the door. A fair percentage of the clientele, I could see, was surreptitiously watching the little drama about to unfold, while the rest were studiously ignoring it. None of either group looked eager to leap to my defense should that become necessary. The two bartenders were watching me more openly, but there would be no help from that direction, either. This section of the spaceport environs lay in Meima's Vyssiluyan enclave, and the Vyssiluyas were notoriously laissez-faire where disputes of this sort were concerned. The local police would gladly and industriously pick up the pieces after it was all over, but that wasn't going to be much comfort if I wound up being one of those pieces.

I looked back at the Yavanni flanking my path, one a little way ahead and to my left, the other two to my right. They still hadn't moved, but I had the mental picture of coiled springs being tightened a couple more turns. I hadn't run, didn't look like I was going to run, and their small minds were simmering in eager anticipation of the moment when I put a foot across that invisible barrier and they got to see how many colors of bruises they could raise on me.

I wasn't armed, at least not seriously. Even if I had been, blasting away from close range at three full-size Yavanni was not a recommended procedure for anyone desiring a long and happy life. But there was a trick I'd heard about a few years ago, a nice little combination of Yavannian psychology and physiology that I'd tucked away for possible future reference. It looked, as the saying went, like the future was now. Gazing at each of the Yavanni in turn, I cleared my throat. "Do your mothers know you boys are here?" I demanded in the deepest voice I could manage.

Three jaws dropped in unison. "It's late," I continued before they could respond. "You should be home. Go home. Now."

They looked at each other, their earlier anticipation floundering in confusion. Talking like a Yavannian dominant male was probably the last response they'd expected from an alien half their size, and the molasses they used for brains was having trouble adjusting to the situation. "Did you hear me?" I snapped, putting some anger into my voice. "Go home."

The one on the left apparently had faster molasses than the other two. "You are not Yavannian," he snarled back at me in typically Yavannian-mangled English. A fresh wave of turpentine smell accompanied the words. "You will not speak to us that way." Paws flexing, he took a step toward me--

And I opened my mouth and let out a warbling, blood-freezing howl.

He froze in place, his alien face abruptly stricken as his glacial brain caught up with his fatal error. I was stationary and he was moving, which meant he had now violated my  territory. I was the injured party, I had given out with the proper Yavannian accusation/indictment/challenge shout, and I was now entitled to the first punch.

By and by, of course, he would remember that I wasn't a Yavanne and therefore not entitled to the courtesy of Yavannian customs. I had no intention of giving that thought time to percolate through. Taking a long step toward him, I tightened my hands into fists and drove both of them hard into his lower torso, into the slight depressions on either side of the central muscle ridge.

He gave a forlorn sort of squeak--a startling sound from a creature his size--and went down with a highly satisfying thud that must have shaken the whole taverno. Curled around himself, he lay still.

The other two were still standing there, staring at me with their jaws hanging loosely. I wasn't fooled--flabbergasted or not, they were still in territorial mode, and the minute I stepped onto either's chosen section of floor I would get mauled. Fortunately, that was no longer a problem. The left side of the entryway was now free territory; stepping over the downed Yavanne, I passed through the entryway and into the taverno.

There was a small ripple of almost-applause, which quickly evaporated as those involved belatedly remembered that there were still two Yavanni left on their feet. I wasn't expecting any more trouble from them myself, but just the same I kept an eye on their reflection in the brass chandelier domes as I made my way through the maze of tables and chairs. There was an empty table in the back, comfortably close to the homey log fireplace that dominated that wall, and I sat down with my back to the crackling flames. As I did so, I was just in time to see the two undamaged Yavanni help their unsteady colleague out into the night.

I turned my head. A medium-sized man with dark skin stood in the dim light to the right of my table, a half-full mug in his hand, a thick thatch of white hair shimmering in the firelight. "I'm not interested in company right now," I said, punching up a small vodkaline on the table's menu selector. I wasn't interested in drinking, either, but that little fracas with the Yavanni had drawn enough attention to me as it was, and sitting there without a glass in my hand would only invite more curiosity.

"I appreciate what you did over there," the man commented, pulling out the chair opposite me and sitting down as if he'd been invited to do so. "I've been stuck here half an hour waiting for them to go away. Bit of a risky move, though, wasn't it? At the very least, you could have broken a couple of knuckles."

For a moment I gazed across the table at him, at that dark face beneath that shock of white hair. From the age lines in his skin he clearly had spent a lot of his life out in the sun; from the shape of the musculature beneath his jacket he hadn't spent that time lounging around in beach chairs. "Not all that risky," I told him. "Yavanni don't get that really thick skin of theirs until adulthood. Kids that age are still pretty soft in spots. You just have to know where those spots are." 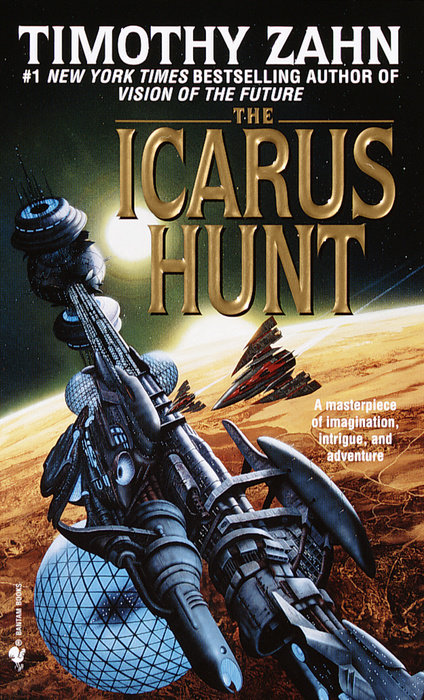