“A splendid addition to an already extraordinary oeuvre.”—Teju Cole, The New Yorker

German-born W. G. Sebald is best known as the innovative author of Austerlitz, the prose classic of World War II culpability and conscience that put its author in the company of Nabokov, Calvino, and Borges. Now comes the first major collection of this literary master’s poems. Skillfully translated by Iain Galbraith, they range from pieces Sebald wrote as a student in the sixties to those completed right before his untimely death in 2001. In nearly one hundred poems—the majority published in English for the first time—Sebald explores his trademark themes, from nature and history, to wandering and wondering, to oblivion and memory. Soaring and searing, the poetry of W. G. Sebald is an indelible addition to his superb body of work, and this collection is bound to become a classic in its own right.

“How fortunate we are to have this writer’s startling imagination freshly on display once again, expressed in language honed to a perfect simplicity.”—Billy Collins

“A watershed volume . . . nothing less than transcendent.”—BookPage

“[Sebald was] a defining writer of his era.”—The New Republic

An excerpt from Across the Land and the Water

For how hard it is to understand the landscape as you pass in a train from here to there and mutely it watches you vanish.

A colony of allotments uphill into the fall. Dead leaves swept into heaps. Soon--on Saturday-- a man will set them alight.

Smoke will stir no more, no more the trees, now evening closes on the colors of the village. An end is come to the workings of shadow. The response of the landscape expects no answer.

The intention is sealed of preserved signs. Come through rain the address has smudged. Suppose the “return” at the end of the letter! Sometimes, held to the light, it reads: “of the soul.”

Hedges have grown over palace and court. A forgotten era of fountains and chandeliers behind façades, serenades and strings, the colors of the mauves. The guides mutter through sandalwood halls of the Wishing Table in the libraries of princes past.

On duty on a stretch in the Alpine foothills the railway clerk considers the essence of the tear-off calendar.

The clerk knows: he must take home this interval without delay

Hang up your hat in the halfway house

Remembered Triptych of a Journey from Brussels

White over the vineyard by Sankt Georgen white falls the snow across the courtyard and on the label of an orange-crate from Palestine. White over black is the blossom of the trees near Meran in Ezra’s hanging garden. Autumn in mind April waits in the memory painted on walnut like the life of Francis of Assisi.

At the end of September on the battlefield at Waterloo fallow grass grows over the blood of the lost Marie-Louises of Empereur Bonaparte you can get there by bus at the Petite-Espinette stop change for Huizingen a stately home, sheltered by ivy, transformed into the Belgian Royal Ornithological Research and Observation Unit of the University of Brussels.

On the steps I met Monsieur Serge Creuve, painter, and his wife Dunja-- he does portraits in red chalk on rough paper of rich people’s children from Genesius-Rhode.--Lures them into the house with the unique WC, well-known to neighbors.--One does like to visit an artist. “Shall we buy the ferme in Genappe?”

In the evening at Rhode-St. Genèse a timid vegetable man carries his wares up garden paths past savage dogs to the gate, for instance, of the Marquise of O.’s villa. A woman’s mouth is always killed by roses.

As a lodger on the third floor-- the red sisal only goes up to the second-- of Mme. Muller’s Cafeteria five minutes’ walk from the Bois de la Cambre I’m the successor to Robert Stehmer student from Marshall Missouri. Gold-rimmed jug-and-bowl on the dresser a hunting scene over the Vertiko cabinet door to an east-facing balcony.--At night noises on the road to Charleroi.

Depart quai huit minuit seize le train pour Milan via St. Gotthard I recognized Luxemburg by the leaves on its trees then came industrie chimique near Thionville, light above the heavenly vaults Bahnhof von Metz, Strasbourg Cathedral bien eclairee.--Between thresholds lines from Gregorius, the guote sundaere, from Au near Freiburg, rechtsrheinisch, not visible from Colmar--Haut Rhin. Early morning in Basel, printed on hand-made Rhine-washed lumpy paper under the supervision of Erasmus of Rotterdam by Froben & Company, fifteen hundred and six. Men on military service bound for Balsthal in the Jura shaved and cropped, several smoking, outside all changed.

Route of all images light gray river-sand ruddy hair minding swollen shadows lances and willows White leaf, you Green leaf, me Rafael, Yoknapatawpha, Light in August between leaves anxious mellowing before birth as a shadow over the sunny road

Go to the Aegean to Santorini Land of basalt phosphorescence on the rudder Hold the water in your hand: it glows--at night-- aubergines in front of the house shadowy in the dark against the whitewashed wall bright green in daytime purple raffia-threaded in the sun.

Days when At the crack of dawn The early bird Squats in my kitchen. It shows me the worm Which sooner than later Will lead me up the garden path. I’ve already bought My pig in a poke It’s all Tom or dick Kids or caboodle In the home and castle. My day is truly Wrecked.

There he stood In the early morn And wanted in. It’s warm In front of the fire. Lug a-cock The man waited For some response To his knock. Came a bawl from within: Jesus Mary A pain in the neck In the early morn. Where no kitchen There no cook. We don’t need no King. The man has heard As much before. He has heard enough. Right then: all or nothing.

The valley resounds With the sound of the stars With the vast stillness Over snow and forest.

The cows are in their byre. God is in his heaven. Child Jesus in Flanders. Believe and be saved. The Three Wise Men Are walking the earth.

Lines for an Album

Quick as a wink, a star Falls from heaven Like nothing That grows on trees. Now make a wish But don’t tell a soul Or it won’t come true Ready or not Here I come!

I know there exists A shuttered world mute And without image but for example The starlings have forgotten their old life No longer flying back to the south Staying in Bleston all winter In the snowless lightless month Of December swarming during the day From soot-covered trees, thousands of them In the sky over All Saints Park Screaming at night in the heart In the brain of the city huddled together Sleepless on the sills of Lewis’s Big Warehouse Between Victorian patterns And roses life was a matter Of death and cast its shadows Now that death is all of life I wish to inquire Into the whereabouts of the dead Animals none of which I have ever seen

In eternity perhaps All we experience Becomes bitter Bleston Founded by Cn. Agricola Between seventy and eighty A.D. Appears in the ensuing Era to have been A bleak and forsaken place Bleston knows an hour Between summer and winter Which never passes and that Is my plan for a time Without beginning or end Bleston Mamucium Place of Breast-like hills The weather changes It is late in our year Dis Manibus Mamucium Hoc faciendum curavi

III. The Sound of Music

But the certitude nonetheless That a human heart Can be crushed--Eli Eli The choice between Talmud and Torah Is hard and there is no relying On Bleston’s libraries Where for years now I have sought With my hands and eyes the misplaced Books which so they say Mr. Dewey’s International classification system With all its numbers still cannot record A World Bibliography of Bibliographies On ne doit plus dormir says Pascal A revision of all books at the core Of the volcano has been long overdue In this cave within a cave No glance back to the future survives Reading star-signs in winter one must Cut from pollard willows on snowless fields Flutes of death for Bleston

Before it did The birds made A din In the trees

Irony it is said Is a form of humility

Time measures Nothing but itself

One leaves behind one’s portrait Without intent

His eyes Home in On the real

There is Skulduggery Afoot

Something not a soul Has ever seen

accompanies objects too as a part of this emptiness

With borrowed voices the ventriloquist renders others’ pipe-dreams

The gaudiest parrot weighs a memorized word destiny in his hand

Its distant sounds spell out the lessons of a lighter world

My beard grows overnight every time like a dead man’s

Once there given the superior outlook my poor sedentariness will pass

Memorandum of the Divan

The mightiest however seem those kings who have never lived

Sure, the grandchildren are smiling in the background apparently better disposed towards foreigners

Their furtive hopes still almost too small for the naked eye

For a Northern Reader

The band was playing and singing a little Turkish marching song, with ensigns shouldered they filed out onto the plain at their ease to where their ships lay concealed beneath the cliffs 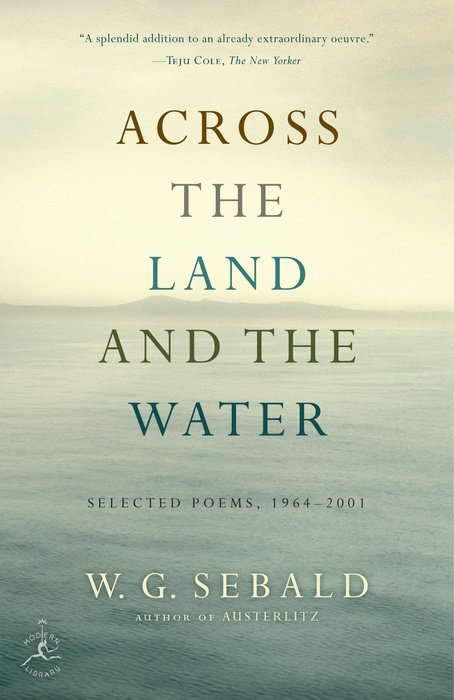