Look at the Birdie is a collection of fourteen previously unpublished short stories from one of the most original writers in all of American fiction. In this series of perfectly rendered vignettes, written just as he was starting to find his comic voice, Kurt Vonnegut paints a warm, wise, and often funny portrait of life in post—World War II America–a world where squabbling couples, high school geniuses, misfit office workers, and small-town lotharios struggle to adapt to changing technology, moral ambiguity, and unprecedented affluence.

“Hello, Red” is a sharply observed homecoming tale in which embittered merchant sailor Red Mayo returns to his small town after nine years at sea. There he confronts the man who ended up marrying the only woman Red ever loved–and stakes a claim on a certain something he left behind.

“Hello, Red” and the thirteen other never-before-published pieces that comprise Look at the Birdie serve as an unexpected gift for devoted readers who thought that Kurt Vonnegut’s unique voice had been stilled forever–and provide a terrific introduction to his short fiction for anyone who has yet to experience his genius.

Other stories from Look at the Birdie available as single-story e-books:

On sale October 20, 2009:
"Confido"
"FUBAR"
"Shout About It from the Housetops"
"Ed Luby's Key Club"
"A Song for Selma"
"Hall of Mirrors"
"The Nice Little People"
"Little Drops of Water"
"The Honor of a Newsboy"
"Look at the Birdie" (Short Story)
"King and Queen of the Universe"
"The Good Explainer" 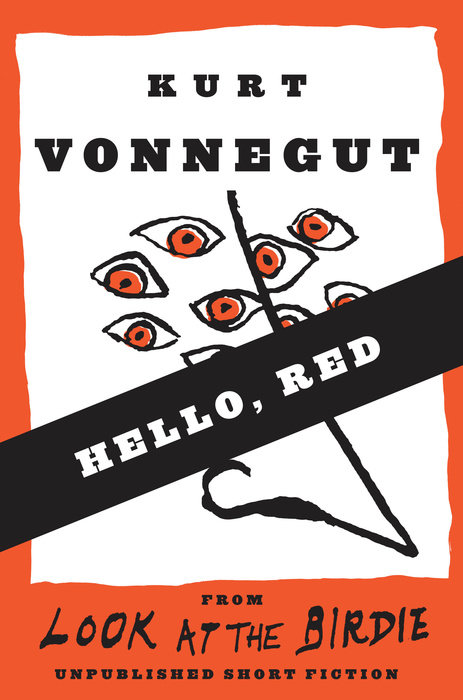