A thousand years before Luke Skywalker, a generation before Darth Bane, in a galaxy far, far away . . .

The Republic is in crisis. The Sith roam unchecked, vying with one another to dominate the galaxy. But one lone Jedi, Kerra Holt, is determined to take down the Dark Lords. Her enemies are strange and many: Lord Daiman, who imagines himself the creator of the universe; Lord Odion, who intends to be its destroyer; the curious siblings Quillan and Dromika; the enigmatic Arkadia. So many warring Sith weaving a patchwork of brutality—with only Kerra Holt to defend the innocents caught underfoot.

Sensing a sinister pattern in the chaos, Kerra embarks on a journey that will take her into fierce battles against even fiercer enemies. With one against so many, her only chance of success lies with forging alliances among those who serve her enemies—including a mysterious Sith spy and a clever mercenary general. But will they be her adversaries or her salvation?

In Sith space, everyone is a slave. It was a funny thing about a bunch whose credo included a line about their “chains being broken,” Narsk thought. They were always careful to leave plenty of chains intact for everyone else.

Still, some people were more enslaved than others. It paid to be special, to be good at something. Life was less unpleasant then. And for the really special? One had one’s choice of masters—not that the options were that appealing.

Narsk Ka’hane’s own specialty had brought him to Darkknell, seat of power for Daiman, self-declared Sith Lord and would-be godling. Narsk had first used a stealth bodysuit to harvest rimebats from caverns on Verdanth, and what he was doing now wasn’t much different. True, the Bothan couldn’t imagine anyone back home clinging upside down to a rope in a high-security tower’s ventilation system—but then, not everyone could be special.

What was different now was the stealth suit. The Sith warring in the region hadn’t focused much on advancing stealth technology over the last few decades; they were only after bigger explosions. That was fine with Narsk. The bodysuit he wore was the top of a Republic line never seen in the Grumani sector. He didn’t know how his supplier had acquired a Cyricept Personal Concealment System, Mark VI—or even whether the previous five versions were any good. Narsk just knew he’d never gotten so far on an assignment so easily.

Almost a shame, given all the preparation he’d put in. He’d arrived in Xakrea, Darkknell’s administrative capital, weeks earlier to establish his cover identity. Locating the target was simple enough; the lopsided pyramid known colloquially as the Black Fang was visible from most of town. He’d carefully studied traffic patterns around the obsidian edifice and noted the shift changes of the sentries guarding the few openings. Within a month, he’d located every route into and out of the colossal house of secrets.

And then he had walked right in.

The Mark VI could do for tradecraft what hyperdrive did for space travel, Narsk thought. Electronic baffles worked into the suit’s skin at a molecular level warped and bent electromagnetic waves around the wearer. Sound, light, comms—the Mark VI dodged them all. And Cyricept had thought of everything. A breath filter matched exhalations to room temperature and humidity. Special goggles permitted Narsk to see out, despite the fact that no light was reaching his eyes. They’d even supplied a similarly cloaked pouch for carry-along items. If Narsk wasn’t exactly invisible, he took an attentive eye to spot, especially in the dark.

But attentiveness, Narsk had found, was not a gift that “Lord Daiman, creator of all,” had seen fit to bestow on his sentries. As elsewhere, the peculiar Lord’s adepts had rounded up menacing-looking characters and proceeded to overdress them. There wasn’t a bruiser so tough he couldn’t be made to look silly when strapped into gilded armor and wrapped in a burgundy skirt. One poor Gamorrean—his squat, lumbering green body particularly at odds with his finery—across town had looked ready to cry.

So while Narsk had brought his needler and extra rounds on every trip to the research center, he’d never needed them. The Mark VI had gotten him to the door, but the sentries had actually opened it for him, allowing him inside when they entered themselves. “When your job’s to make sure nothing ever happens,” he’d once heard, “you begin to see nothing happening even when something’s going on.” By now, his thirteenth and final trip inside, Narsk believed it. Many of the secrets of the Black Fang—officially, the Daimanate Dynamic Testing Facility (Darkknell)—rested comfortably in the memory of the datapad in his pouch.

Lord Odion would be pleased.

That wasn’t always a good thing, Narsk knew: Daiman’s older brother got most of his thrills from death and destruction. The whole sorry war smacked of a psychological study. Daiman was the spoiled kid who thought he was the only person in the universe who mattered; Odion was the jealous sibling, reacting to his loss of uniqueness by trashing the playpen. If Daiman thought he created everything, Odion believed it was his destiny to destroy everything. Half of Odion’s adepts were part of a death cult, flitting around his evil light hoping to cash out in his service. Ralltiiri glowmites were less suicidal.

Fortunately, Narsk didn’t have to adopt their ways to take their assignments. Not many of them, anyway.

Reaching a juncture in the ventilation system, Narsk felt the whole building wheeze around him. Frigid air chuffed past, cooling the facility for today’s big test. The Mark VI responded, matching the surrounding temperature while somehow keeping frost from accumulating on the suit’s surface. The Republic designers were good, Narsk thought. Too bad they can’t fight. Or won’t.

Cutting the cable, Narsk settled gently onto the vent cover. The main testing center below was the only important room he hadn’t entered, if only because his quarry hadn’t been moved here yet. But there it was, its metallic bulk just visible through the icy slats at his feet.

In Daiman’s conflict with Odion, the great capital ships that once dominated Sith battles with the Republic had sat largely out of play. Neither had a clear idea how many great ships his brother had, and while Odion would have happily taken his chances in a huge engagement, Daiman was unwilling to oblige. The result had been a series of strokes and counterstrokes, where the winning factor wasn’t the amount of firepower as often as it was the ability to project different kinds of strength quickly. The field of battle changed constantly.

The Convergence Tactical Assault Vehicle had chucked thousands of years of military science in favor of Daiman’s idea of the moment: one-ship-fits-all. Like Narsk’s stealth suit, Convergence was intended to do everything. Twice the size of a starfighter, the craft served as a small troop transport, capable of delivering eight to ten warriors through hyperspace. It also sported weapons systems allowing it to play the role of fighter or bomber depending on the situation. Daiman foresaw a time when millions of the vessels would propel him to his rightful place, ruling the galaxy.

Daiman’s engineers, meanwhile, had foreseen only a never-ending nightmare. And their prediction, spoken only to themselves, had thus far come closest to reality. Peering down into the chamber, Narsk could see why. Mounted onto a colossal testing arm was the ugliest contraption he’d ever seen. Convergence was a hundred-ton expression of one man’s moods, changeable and conflicting.

Daiman had demanded that the vessel keep to the tri-pronged dart aesthetic of his starfighters, but the wings and color scheme were about all that the pregnant monster had in common with those sleek ships. Designers had saddled the forward section with a hulking crew compartment that was still less than comfortable: room for nine passengers, but only if six stood the entire way. The engines, enlarged on two earlier occasions, seemed nonetheless outmatched. A missile battery pointed nowhere in particular. And a massive nacelle ran along the underside, last vestige of an earlier plot to convert the ship into a tracked vehicle for use on land. Narsk imagined they still kept the wheels somewhere in the building, anticipating Daiman’s frequent changes of mind.

Endless engineering for an endless war. Narsk thought it something a child would design. Yet despite it all, there was still something worth stealing. For all their troubles, Daiman’s designers had lucked upon some worthwhile advances. Some of the composite work on the hull had shown fruit, and the turbolaser energy efficiency was as good as anyone in the sector had seen.

Useful facts, especially to his employer. Self-styled though he was, Lord Odion was a proper mimic when it came to technology. Narsk had been assigned to pick Convergence’s secrets clean. With any luck, Odion’s massive floating factory, The Spike, would soon be churning out better weapons systems using the ideas.

Narsk had stolen most of the data at his leisure, thanks to Daiman’s sudden decision to add riot-control features to the ship. Now he was back for the last morsel: the energy shield package. Over the past week, Daiman’s researchers had exposed its shields to sonic waves, electronic emissions, and blazing heat, adjusting the ship’s software package as needed. This test, designed to evaluate shield performance in atmospheres, was the one Narsk had been waiting for. The Convergence prototype had been married to a huge rotating arm, a centrifuge designed to simulate performance at sublight speeds. On less secret vehicles, this kind of testing was done in the air—but, Narsk imagined, the researchers probably worried the thing would never fly anyway. He was glad he hadn’t been ordered to steal the ship itself!

A buzzer sounded. The massive torus began to move, sleepily dragging the bulk of Convergence. Narsk’s attention was below, nearer the hub. The observers monitoring outside wouldn’t have a visual on the gargantuan motor, or the space around it.

Narsk heaved himself over the edge, timing his drop to allow him to land on the gargantuan arm itself. Touching metal for a moment, he lithely tumbled backward off the rotating bar toward the floor below. He immediately went flat, mashing his furry face to the ribbed decking of the testing chamber. Less than a meter stood between the floor and instant decapitation. 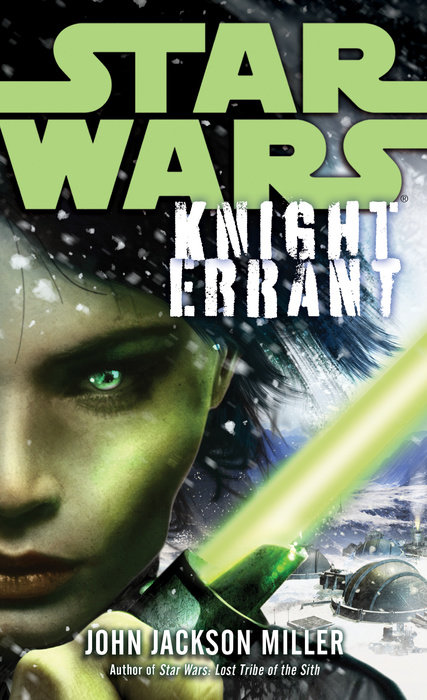