52 Tips for Improving Your Skills

A manual for building a faster brain and a better you!

The Little Book of Talent is an easy-to-use handbook of scientifically proven, field-tested methods to improve skills—your skills, your kids’ skills, your organization’s skills—in sports, music, art, math, and business. The product of five years of reporting from the world’s greatest talent hotbeds and interviews with successful master coaches, it distills the daunting complexity of skill development into 52 clear, concise directives. Whether you’re age 10 or 100, whether you’re on the sports field or the stage, in the classroom or the corner office, this is an essential guide for anyone who ever asked, “How do I get better?”

Praise for The Little Book of Talent

“The Little Book of Talent should be given to every graduate at commencement, every new parent in a delivery room, every executive on the first day of work. It is a guidebook—beautiful in its simplicity and backed by hard science—for nurturing excellence.”—Charles Duhigg, bestselling author of The Power of Habit

“It’s so juvenile to throw around hyperbolic terms such as ‘life-changing,’ but there’s no other way to describe The Little Book of Talent. I was avidly trying new things within the first half hour of reading it and haven’t stopped since. Brilliant. And yes: life-changing.”—Tom Peters, co-author of In Search of Excellence

An excerpt from The Little Book of Talent

Stare at who you want to become

If you were to visit a dozen talent hotbeds tomorrow, you would be struck by how much time the learners spend observing top performers. When I say “observing,” I’m not talking about passively watching. I’m talking about staring--the kind of raw, unblinking, intensely absorbed gazes you see in hungry cats or newborn babies.

We each live with a “windshield” of people in front of us; one of the keys to igniting your motivation is to fill your windshield with vivid images of your future self, and to stare at them every day. Studies show that even a brief connection with a role model can vastly increase unconscious motivation. For example, being told that you share a birthday with a mathematician can improve the amount of effort you’re willing to put into difficult math tasks by 62 percent.

Many talent hotbeds are fueled by the windshield phenomenon. In 1997, there were no South Korean golfers on the Ladies Professional Golf Association (LPGA) Tour. Today there are more than forty, winning one-third of all events. What happened? One golfer succeeded (Se Ri Pak, who won two major tournaments in 1998), and, through her, hundreds of South Korean girls were ignited by a new vision of their future selves. As the South Korean golfer Christina Kim put it, “You say to yourself, ‘If she can do it, why can’t I?’ ”

Windshields apply equally well to adults. The 5th Special Forces Group of the Green Berets recently started a leadership-training program in which soldiers spent several weeks in the executive offices of General Electric. The soldiers went to the office each morning and accompanied the execs throughout their workday, with no responsibilities other than to simply observe. And when the soldiers returned to their unit, the commanders noticed a significant boost in performance, communication, and leadership. “It was definitely a success,” said Lieutenant Colonel Dean Franks, the 5th Group’s battalion commander. “We’re planning to do a lot more of this in the future.”

Think of your windshield as an energy source for your brain. Use pictures (the walls of many talent hotbeds are cluttered with photos and posters of their stars) or, better, video. One idea: Bookmark a few YouTube videos, and watch them before you practice, or at night before you go to bed.

Spend fifteen minutes a day engraving the skill on your brain

What’s the best way to begin to learn a new skill? Is it by listening to a teacher’s explanation? Reading an instructional book? Just leaping in and trying it out? Many hotbeds use an approach I call the engraving method. Basically, they watch the skill being performed, closely and with great intensity, over and over, until they build a high-definition mental blueprint.

A few years back, for the TV show 60 Minutes, the tennis teacher and author Timothy Gallwey assembled a group of middle-aged people who’d never played tennis before. He gave them a brief test of ability, and then selected the woman who showed the least potential. Then, without uttering a word, Gallwey began to hit a forehand while the woman watched. He directed her attention to his feet, his grip, and the rhythm of the stroke. The woman watched intently, then began to emulate his moves. Within twenty minutes, she was hitting a shockingly decent forehand.

Another example of engraving, which involves the ears instead of the eyes, is the Suzuki method for learning music. Each day, separate from their lessons, Suzuki students listen to a menu of songs, beginning with “Twinkle, Twinkle, Little Star” and progressing by degrees to more complex tunes. Hearing the songs over and over (and over), engraves the songs in the students’s brains. The “listening practice” builds a strong, detailed mental map, a series of points from which the success or failure of each following attempt can be measured.

The key to effective engraving is to create an intense connection: to watch and listen so closely that you can imagine the feeling of performing the skill. For physical skills, project yourself inside the performer’s body. Become aware of the movement, the rhythm; try to feel the interior shape of the moves. For mental skills, simulate the skill by re-creating the expert’s decision patterns. Chess players achieve this by replaying classic games, move by move; public speakers do it by regiving great speeches complete with original inflections; musicians cover their favorite songs; some writers I know achieve this effect by retyping passages verbatim from great works. (It sounds kind of Zen, but it works.)

We are often told that talented people acquire their skill by following their “natural instincts.” This sounds nice, but in fact it is baloney. All improvement is about absorbing and applying new information, and the best source of information is top performers. So steal it.

Stealing has a long tradition in art, sports, and design, where it often goes by the name of “influence.” The young Steve Jobs stole the idea for the computer mouse and drop-down menus from the Xerox Palo Alto Research Center. The young Beatles stole the high “wooooo” sounds in “She Loves You,” “From Me to You,” and “Twist and Shout” from their idol Little Richard. The young Babe Ruth based his swing on the mighty uppercut of his hero, Shoeless Joe Jackson. As Pablo Picasso (no slouch at theft himself) put it, “Good artists borrow. Great artists steal.”

Linda Septien, founder of the Septien School of Contemporary Music, a hotbed near Dallas that has produced millions of dollars in pop-music talent (including Demi Lovato, Ryan Cabrera, and Jessica Simpson), tells her students, “Sweetheart, you gotta steal like crazy. Look at every single performer better than you and see what they’ve got that you can use. Then make it your own.” Septien follows her own advice, having accumulated fourteen three-ring notebooks’ worth of ideas stolen from top performers. In plastic sleeves inside the binders, in some cases scribbled on cocktail napkins, reside tips on everything from how to hit a high note to how to deal with a rowdy crowd (a joke works best).

Stealing helps shed light on some mysterious patterns of talent--for instance, why the younger members of musical families so often are also the most talented. (A partial list: The Bee Gees’s younger brother, Andy Gibb; Michael Jackson; the youngest Jonas Brother, Nick. Not to mention Mozart, J. S. Bach, and Yo‑Yo Ma, all babies of their families.) The difference can be explained partly by the windshield phenomenon (see Tip #1) and partly by theft. As they grow up, the younger kids have more access to good information. They have far more opportunity to watch their older siblings perform, to mimic, to see what works and what doesn’t. In other words, to steal.

When you steal, focus on specifics, not general impressions. Capture concrete facts: the angle of a golfer’s left elbow at the top of the backswing; the curve of a surgeon’s wrist; the precise shape and tension of a singer’s lips as he hits that high note; the exact length of time a comedian pauses before delivering the punch line. Ask yourself:

* What, exactly, are the critical moves here?

* How do they perform those moves differently than I do?

A high percentage of top performers keeps some form of daily performance journal. Tennis champion Serena Williams and former World Series MVP Curt Schilling use notebooks; the rapper Eminem and the choreographer Twyla Tharp use shoeboxes, which they fill with ideas written on scrap paper. What matters is not the precise form. What matters is that you write stuff down and reflect on it. Results from today. Ideas for tomorrow. Goals for next week. A notebook works like a map: It creates clarity.

Be willing to be stupid

Teammates of the hockey star Wayne Gretzky would occasionally witness a strange sight: Gretzky falling while he skated through solitary drills on the ice. While the spectacle of the planet’s greatest hockey player toppling over like a grade-schooler might seem surprising, it actually makes perfect sense. As skilled as he was, Gretzky was determined to improve, to push the boundaries of the possible. The only way that happens is to build new connections in the brain--which means reaching, failing, and, yes, looking stupid.

Feeling stupid is no fun. But being willing to be stupid--in other words, being willing to risk the emotional pain of making mistakes--is absolutely essential, because reaching, failing, and reaching again is the way your brain grows and forms new connections. When it comes to developing talent, remember, mistakes are not really mistakes--they are the guideposts you use to get better.

52 Tips for Improving Your Skills 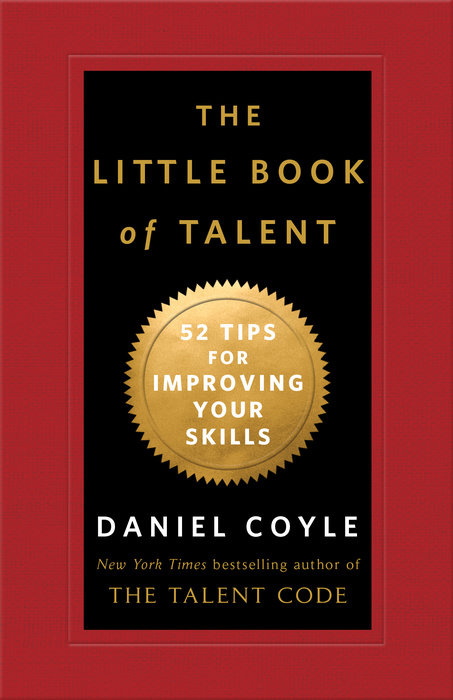