This “stunning” (USA Today) debut novel brings to life World War II-era and modern-day Greece—and tells the story of a vibrant family and the tragic secret kept hidden for generations.

Boston, 2000: Calliope Notaris Brown receives a shocking phone call. Her beloved uncle Nestor has passed away, and now Callie must fly to Patras, Greece, to claim her inheritance. Callie’s mother, Clio—with whom Callie has always had a difficult relationship—tries to convince her not to make the trip. Unsettled by her mother’s strange behavior, and uneasy about her own recent engagement, Callie decides to escape Boston for the city of her childhood summers. After arriving at the heady peak of Carnival, Callie begins to piece together what her mother has been trying to hide. Among Nestor’s belongings, she uncovers clues to a long-kept secret that will alter everything she knows about her mother’s past and about her own future.

Greece, 1940: Growing up in Patras in a prosperous family, Clio Notaris and her siblings feel immune to the oncoming effects of World War II, yet the Italian occupation throws their privileged lives into turmoil. Summers in the country once spent idling in the clover fields are marked by air-raid drills; the celebration of Carnival, with its elaborate masquerade parties, is observed at home with costumes made from soldiers’ leftover silk parachutes. And as the war escalates, the events of one fateful evening will upend Clio’s future forever.

A moving novel of the search for identity, the challenges of love, and the shared history that defines a family, The Clover House is a powerful debut from a distinctive and talented new writer.

An excerpt from The Clover House

On those rare occasions when she couldn’t control the world around her, my mother placed the blame squarely on America, the country she had reluctantly immigrated to from Greece in 1959. My father would retort that there were flaws in Greece too, but she ignored him because he was American.

They met in 1955, when my father was based in Athens with the American mission in Greece, building roads and repairing bridges on the Marshall Plan. For four years, they lived a glamorous life of parties and dances in a city that was working hard to shed the effects of the Second World War and the civil war that followed it. Once they were married and it was time to choose a country, my father won the argument, flying ahead of my mother to purchase what would be their only home. When she joined him in the hair-­sprayed suburbs of parochial Boston, knowing no one and understanding little of American life, my mother’s reaction was quick and certain. To keep what she considered this unsightly world at bay, she took the brown paper from the moving boxes and covered every window of the single-­story house.

She sat inside, fuming at my father and at what she knew lay on the other side of the paper. She glared at the shadows of the neighborhood children as they ran from their yards into hers and out again. They lingered before the covered windows, wondering what was hidden inside, and she watched this shadow theater, thinking of the Karagiozis puppet shows she had watched as a child.

After a week, my father tore the paper down. He led her to the glass and forced her to look out at the jewel-­green lawn and the fat buds on the dogwood tree.

She never agreed. In her mind, my mother never really left that papered-­over room. And I spent my childhood trying to win an invitation to join her there in the Greece that she imagined and remembered.

I know this story about the papered windows because my father told it to me before he died, some ten years ago now. I don’t know what made him tell me. We didn’t see each other very often, so it must have been important to him that I know. Perhaps he knew that I’d be left with only my mother’s stories after he was gone. Perhaps he knew they wouldn’t be good for me without some sort of dilution.

For my entire childhood, until he gave up on the whole project and left, he watched me beg my mother for the stories I learned by heart—­about the grand house in the city of Patras, where my mother and her sisters and brother did whatever they wanted under the benign gaze of their elegant parents; about the farm in the country, where the children climbed trees and ate fresh fruit all day. My mother was always happy to oblige my requests. She would bring out a jar of syrup-­stewed oranges as she talked, spooning out the delicacy she had carried home from our summer trip to Greece into a bowl we would eat from together. I didn’t like the stuff—­the sweetness of the syrup barely covered the bitterness of the citrus—­but I waited my turn with the spoon, happy to be sitting with my mother, nourished by her memories of a better time and place.

Sometimes I would press her to clarify a bit of history or to elaborate on a detail.

“What?” she would say, turning to me with a startled gaze. “What did you say?”

And I would pretend I hadn’t noticed that she’d forgotten all about me. She wasn’t really telling the stories to me; she was simply saying aloud in my presence what she was thinking about every minute of the day.

It’s a Saturday afternoon in Boston in late February when the phone rings and I recognize the city code for Patras. My mother moved back there, newly widowed, and since then we go long stretches without speaking on the phone. It’s better this way. Our most recent conversation several weeks ago ended with her complaining about the rudeness of her two sisters—­women who have shown me nothing but love.

I let the call ring but perch on the couch and finally force myself to answer it. I’m surprised to hear the voice of my cousin, Aliki, on the other end.

The short o sound in her Greek pronunciation knocks me into a life that seems to have been just the other side of a thin wall. Legally, I’m Calliope Notaris Brown. I am the latest in a line of Muses in my mother’s family, she being Clio, the daughter of Urania. But Callie Brown is my American camouflage. It makes it easier when I want to tell myself that the Greek part of me doesn’t exist—­that I have no connection to anyone save the people and places I choose. Now one tiny vowel sound has brought it all back. And, with Aliki’s alto, the fear that she is calling to tell me my mother is dead.

“Aliki. What is it?” We haven’t been in touch in a long time, but I speak to her in Greek, as I have always done.

“It’s Uncle Nestor,” she says, the characteristic singsong of her voice taking a melancholy lilt. “He died.”

I feel relief that it’s not my mother, then sadness for Nestor, then shame over my relief. I can see Nestor standing before me five years ago, the last time I saw him, his crinkly black hair streaked with white. Beethoven is playing in the background. “Listen, Calliope. The tympani,” he whispers, his loose fist dotting the air in time with the music. I am sitting on his velvet-­covered couch and we are drinking glasses of red wine.

“What happened?” Nestor would be around seventy now. But I’m sure only a crazy accident can have brought him down.

“It was a heart attack.”

“They found heart disease the year before last.”

My face goes hot as I realize that I had no idea he was ill. I thought of him as the hale old bachelor who would hike Olympus in bad weather or ski across the French Alps during the holidays from his schoolteacher’s job.

“He didn’t want anyone to know,” she says.

“If you had been here, Calliope, it’s you he would have told. He was so proud of you.”

“Proud of me?” A little sob bubbles up.

“Paki,” she says, and I smile at this old nickname. Calliope to Calliopaki—­Little Calliope—­to Paki.

It occurs to me now to wonder why my mother isn’t the one making this call. I imagine her for a second, dizzy with grief, eyes swollen, and unable to dial a number. But the thought shuts down. My mother doesn’t display unsightly emotions.

“The funeral’s Monday,” Aliki says. “I would have called you sooner, but I thought your mother already had.”

I think about all my childhood arrivals in the blazing sun of Athens afternoons.

“Aliki, I’ll check the schedules, but I don’t think I can be there in time. I wouldn’t be able to catch a flight until tomorrow.”

“Don’t worry about that. There’s another thing.”

“Is my mother all right?”

“She’s fine.” There’s a tight sound in her voice that I wish I understood. “But there’s the will. You kind of have to come to Patras for the will.” She goes on to explain, somewhat sheepishly, that Nestor has left his squat one-­story house to her and her husband, Nikos, and all its contents, including a pile of boxes and books, to me. He’s also left me two million drachmas, at nearly six thousand dollars a fairly princely sum from someone who lived his life on a teacher’s salary. A princely sum for me too, given the state of my bank account.

“I guess you have to come and sign the form,” she says. “The Acceptance of Inheritance.”

“Aliki, I’d love to come,” I say, regretting the formulation. It’s a death in the family, not a vacation. “But I don’t think I can get away from work right now.” I hold a job raising money for a private school. I speak on the phone with old-­money patriarchs whose names are only slightly more WASP-­ish than mine. “I’m sure I can do it here. The consulate’s a five-­minute walk away.”

“Are you sure you can’t come?” She sounds almost worried now.

“What’s up, Aliki? Is there something you’re not telling me?”

“I don’t want to say.” This isn’t the Aliki I remember. Older than me by three years, she was always defiant and self-­assertive. I used to watch her for lessons on how to stand up to the grown-­ups and later to the men who would catcall her wherever she went.

“Well, there’s a reason your mother didn’t call. I don’t think she wanted you to make it here in time, Paki. She’s acting all funny about Nestor leaving you his things.”

“Like she doesn’t want you to have them. Or to go through them. I think she figured if she waited long enough to tell you he had died, there’d be some legal way for her to keep his stuff for herself.”

Henriette Lazaridis is a first-generation Greek-American who has degrees in English literature from Middlebury College; Oxford University, where she was a Rhodes Scholar; and the University of Pennsylvania. She taught at Harvard for ten years, serving as an academic dean for four of those. She is the founding editor of The Drum, a literary magazine publishing exclusively in audio form. A competitive rower, Lazaridis trains regularly on the Charles River in Boston. 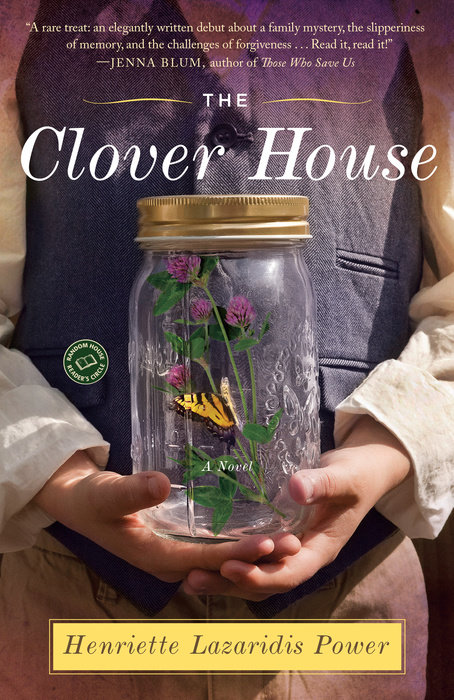