Paris, France: September 1929. For Harris Stuyvesant, the assignment is a private investigator’s dream—he’s getting paid to prowl the cafés and bars of Montparnasse, looking for a pretty young woman. The American agent has a healthy appreciation for la vie de bohème, despite having worked for years at the U.S. Bureau of Investigation. The missing person in question is Philippa Crosby, a twenty-two year old from Boston who has been living in Paris, modeling and acting. Her family became alarmed when she stopped all communications, and Stuyvesant agreed to track her down. He wholly expects to find her in the arms of some up-and-coming artist, perhaps experimenting with the decadent lifestyle that is suddenly available on every rue and boulevard.

As Stuyvesant follows Philippa’s trail through the expatriate community of artists and writers, he finds that she is known to many of its famous—and infamous—inhabitants, from Shakespeare and Company’s Sylvia Beach to Ernest Hemingway to the Surrealist photographer Man Ray. But when the evidence leads Stuyvesant to the Théâtre du Grand-Guignol in Montmartre, his investigation takes a sharp, disturbing turn. At the Grand-Guignol, murder, insanity, and sexual perversion are all staged to shocking, brutal effect: depravity as art, savage human nature on stage.

Soon it becomes clear that one missing girl is a drop in the bucket. Here, amid the glittering lights of the cabarets, hides a monster whose artistic coup de grâce is to be rendered in blood. And Stuyvesant will have to descend into the darkest depths of perversion to find a killer . . . sifting through The Bones of Paris.

Praise for The Bones of Paris

“Haunting . . .  a portrait of the City of Light that glows with the fires of Hell.”—Richmond Times-Dispatch

“A chilling mystery and a haunting love letter to the Paris of Hemingway’s Lost Generation.”—Library Journal

An excerpt from The Bones of Paris

The room’s east windows flared with a hot torment that seared across Harris Stuyve­sant’s brain, stabbing through his eyes, splintering his thoughts, turning his mouth to old shoe leather: cracked, greasy, foul.

A long way off, miles and miles away, his hand crept across the sticky sheets to the bed-side table, directed by one squinting eye towards the leather straps that stuck in the air like the legs of some dead thing. The hand fumbled, lifted, fumbled again to reverse the watch-face.

Jesus: not yet ten, and already a furnace.

Stuyve­sant managed to get his feet to the carpet, waiting out the secondary explosion inside his skull before he rose to stumble a path through discarded clothing to the corner basin. The water was disgustingly warm, but he drank a glass anyway, then bent to let the tap splash over his face and hair. He wrestled with the aspirin bottle for an hour or so, palmed three pills and washed them down with a second glass, then reached out to part the curtains a fraction.

A dizzying panorama of rooftops: tiles and tin, brick and timber, steeples and drying laundry; centuries of chimneypots, with a narrow slice of stone magnificence in the distance. Children’s voices and taxi horns competed with a tram rattle from the rue de Rennes and a neighbor’s accordion, mournfully wading through a lively tune. His nose filled with the pervasive stink of an unemptied septic tank.

He went back to his seat on the side of the bed, picking up his cigarette case and lighter.

The tap of the Ronson touching wood set off a convulsion in the bed. A hand emerged from the sheets, then a tangled head of brassy blonde hair, followed by blue eyes blinking in outrage.

He wasn’t sure if she was calling him a whore, or the curtains, and he didn’t think he would be able to shape the question without coffee. Even the French swill that was mostly chicory.

“Doesn’t help any to shut them, honey. They’re like tissue paper.”

She understood that, and yanked the covers back over her matted hair. Stuyve­sant swiveled around on the bed to rip them off her. “Really,” he said. “It’s time to rise and shine.”

But instead of complaining, or assaulting him with curses, she gave a sinuous writhe to curl against his leg, looking up at him as coquettishly as a person could when her mascara was smeared like something from a German horror film.

“You take me for breakfast, ’Arris?” One soft breast pressed into his knee, two firm fingers walked a path up the inside of his bent thigh.

He smashed the cigarette out against the ash-tray, then bent over the smeared horror-eyes. “I try never to disappoint a lady,” he told her.

Be nice if he could remember this one’s name.

“You knew that Crosby girl, didn’t you?”

“Peggy? Patricia? There was something about photographs and a scar—this was some time ago.”

“There was an American asking about her, last night. He claims he was hired by her parents, though he looked a real brute to me. I thought if you were still in touch, you might let her know.”

“As I say, it’s been months. Did you talk to the fellow?”

“No, but he’s around the Quarter if you want him. That girl, Lulu? The one with the light fingers? He’s spending time with her.”

“Better than the Crosby girl—too naïve for her own good.”

“A description fitting half the women in Montparnasse.”

“Certainly the Americans. Why on earth do their fathers let them leave the house?”

“I know—they’re just asking for trouble. They come to town, sleep with as many boys as they can find, and are shocked as lambs when they get hurt. I suppose that’s why so many of them drift away. I can’t think how many times someone has said, ‘Has anyone seen Daisy?’ or Iris or whoever. The girls here seem to make a habit of flitting in and out, and . . .”

The other man nodded.

And in the background, a machine began to tick.

This seemed to be Stuyve­sant’s day for drunken women. Well, it was Paris; it was 1929. What else could he expect?

Two hours after he’d taken Lulu for breakfast (there: he’d even remembered her name), Harris Stuyve­sant rapped on a polished wooden door. The Rive Droite apartment was half as old and ten times as clean as his hotel room across the Seine, and even three flights up from street level, its hallways smelled like money. No septic tanks around here.

The girl had to be back from the Riviera (or Monte Carlo or wherever she’d spent the summer)—and the building’s gorgon of a concierge had spoken on the telephone with someone in apartment 406 before reluctantly permitting him to pass, two minutes ago.

So unless the resident had made a break over the roof tiles . . .

He changed from knuckles to fist and pounded, hard. In response, a long extended grumble welled gradually from within. Locks rattled. The door swung open.

The girl was tall, and brown: dark eyes, chestnut hair, sun-tanned skin, dressed in a man’s chocolate-colored dressing-gown. The most colorful things about her were two heavily bloodshot eyes, explained by the stale-wine smell oozing from her pores.

Colorful eyes, and vocabulary. Three years ago when he’d come to France, Stuyve­sant wouldn’t have understood a thing the girl was saying—and even now he missed a few phrases. Those he did get made him blink.

“Yeah, sorry,” he interrupted loudly, in English. “I woke you up and you’re not happy with me. I need to ask you about Pip Crosby.”

“Who?” The accent sounded American, suggesting this was the roommate, but he’d need more than a monosyllable to be sure.

“Phil?” The red eyes squinted against the brightness, and the wide, dry lips emitted another expletive. Thought appeared to be a challenge, but he caught no flare of guilty panic across her angular features.

“Are you Nancy Berger?”

He took that for an affirmative, and planted one broad hand against the door, pushing gently. “How ’bout I come in and fix you some coffee?” She swayed. He caught her elbow, then hooked his Panama over the coat-rack and walked her inside to a seat, finding a roomy, light-filled apartment, comfortably furnished and clean beneath what appeared to be an exploded suitcase.

He located the kitchen and a coffee percolator, along with a package of grounds that, although stale-smelling, at least wasn’t chicory. While the pot gurgled, he snooped through drawers and flipped through a crate of unopened mail. It dated back to June.

When the glass button showed dark, he poured two cups and stirred sugar into both, carrying them out to the next room. The brown girl sat, unblinking, on a bright orange settee, the gap in her robe creating a provocative degree of cleavage (though personally, he preferred freckles to sun-tan). He pushed a cup into her hand, removed a pair of silk undergarments from the chair, and sat down in front of her.

Her eyes focused on the cup. She tried to speak, cleared her throat, tried again. “Milk?”

“There isn’t any.” Her robe kept sagging; in a minute, one side or the other would be unfettered.

She blew across the top, sipped, and croaked, “I don’t take sugar.” American, yes. She took another swallow.

Soon, she looked more alive and less queasy—and more crucial, her straighter posture restored a degree of closure to her garments. He handed her the note that he’d left with the concierge on Saturday afternoon, which he’d found on the counter under a dusty boot. 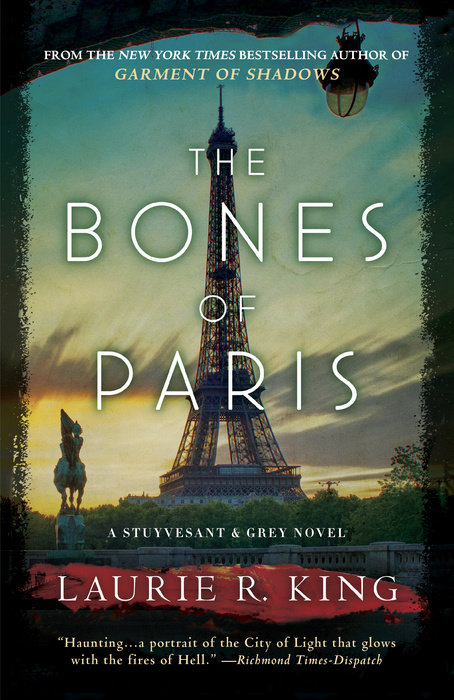