Since its original publication in 1968, Welcome to the Monkey House has been one of Kurt Vonnegut’s most beloved works. This special edition celebrates a true master of the short-story form by including multiple variant drafts of what would eventually be the title story. In a fascinating accompanying essay, “Building the Monkey House: At Kurt Vonnegut’s Writing Table,” noted Vonnegut scholar Gregory D. Sumner walks readers through Vonnegut’s process as the author struggles—false start after false start—to hit upon what would be one of his greatest stories. The result is the rare chance to watch a great writer hone his craft in real time.

“Where I Live”
“Harrison Bergeron”
“Who Am I This Time?”
“Welcome to the Monkey House”
“Long Walk to Forever”
“The Foster Portfolio”
“Miss Temptation”
“All the King’s Horses”
“Tom Edison’s Shaggy Dog”
“New Dictionary”
“Next Door”
“More Stately Mansions”
“The Hyannis Port Story”
“D.P.”
“Report on the Barnhouse Effect”
“The Euphio Question”
“Go Back to Your Precious Wife and Son”
“Deer in the Works”
“The Lie”
“Unready to Wear”
“The Kid Nobody Could Handle”
“The Manned Missiles”
“Epicac”
“Adam”
“Tomorrow and Tomorrow and Tomorrow”

An excerpt from Welcome to the Monkey House: The Special Edition

NOT VERY LONG AGO, an encyclopedia salesman stopped by America’s oldest library building, which is the lovely Sturgis Library in Barnstable Village, on Cape Cod’s north shore. And he pointed out to the easily alarmed librarian that the library’s most recent general reference work was a 1938 Britannica, back-stopped by a 1910 Americana. He said many important things had happened since 1938, naming, among others, penicillin and Hitler’s invasion of Poland.

He was advised to take his astonishment to some of the library’s directors. He was given their names and addresses. There was a Cabot on the list—and a Lowell and a Kittredge, and some others. The librarian told him that he had a chance of catching several directors all at once, if he would go to the Barnstable Yacht Club. So he went down the narrow yacht club road, nearly broke his neck as he hit a series of terrific bumps put in the road to discourage speeders, to kill them, if possible.

He wanted a martini, wondered if a nonmember could get service at the bar. He was appalled to discover that the club was nothing but a shack fourteen feet wide and thirty feet long, a touch of the Ozarks in Massachusetts. It contained an hilariously warped ping-pong table, a wire lost-and-found basket with sandy, fragrant contents, and an upright piano that had been under a leak in the roof for years.

There wasn’t any bar, any telephone, any electricity. There weren’t any members there, either. To cap it all, there wasn’t a drop of water in the harbor. The tide, which can be as great as fourteen feet, was utterly out. And the so-called yachts, antique wooden Rhodes 18’s, Beetlecats, and a couple of Boston Whalers, were resting on the bluish-brown glurp of the emptied harbor’s floor. Clouds of gulls and terns were yelling about all that glurp, and about all the good things in it they were finding to eat.

A few men were out there, too, digging clams as fat as partridges from the rim of Sandy Neck, the ten-mile-long sand finger that separates the harbor from the ice-cold bay. And ducks and geese and herons and other waterfowl were out there, too, teemingly, in the great salt marsh that bounds the harbor on the west. And, near the harbor’s narrow mouth, a yawl from Marblehead with a six-foot keel lay on her side, waiting for the water to come back in again. She should never have come to Barnstable Village, not with a keel like that.

The salesman, very depressed, insensitive to the barbarous beauty all around him, went to lunch. Since he was in the seat of the most booming county in New England, Barnstable County, and since the boom was a tourist boom, he had reason to expect something mildly voluptuous in the way of a place to eat. What he had to settle for, though, was a chromium stool at a formica counter in an aggressively un-cute, un-colonial institution called the Barnstable News Store, another Ozarks touch, an Ozarks department store. The motto of the place: “If it’s any good, we’ve got it. If it’s no good, we’ve sold it.”

After lunch, he went trustee-hunting again, was told to try the village museum, which is in the old brick Customs House. The building itself is a memorial to long-gone days when the harbor was used by fair-sized ships, before it filled up with all that bluish-brown glurp. There was no trustee there, and the exhibits were excruciatingly boring. The salesman found himself strangling on apathy, an affliction epidemic among casual visitors to Barnstable Village.

He took the customary cure, which was to jump into his car and roar off toward the cocktail lounges, motor courts, bowling alleys, gift shoppes, and pizzerias of Hyannis, the commercial heart of Cape Cod. He there worked off his frustrations on a miniature golf course called Playland. At that time, that particular course had a pathetic, maddening feature typical of the random butchery of the Cape’s south shore. The course was built on the lawn of what had once been an American Legion Post—and, right in the middle of the cunning little bridges and granulated cork fairways was a Sherman tank, set there in simpler and less enterprising days as a memorial to the veterans of World War Two.

The memorial has since been moved, but it is still on the south side, where it is bound to be engulfed by indignities again.

The dignity of the tank would be a lot safer in Barnstable Village, but the village would never accept it. It has a policy of never accepting anything. As a happy consequence, it changes about as fast as the rules of chess.

Another break with the past has to do with the treasury of the local amateur theatrical society, the Barnstable Comedy Club. The club had a treasurer who, once a month for thirty years, angrily refused to say what the balance was, for fear that the club would spend it foolishly. He resigned last year. The new treasurer announced a balance of four hundred dollars and some odd cents, and the membership blew it all on a new curtain the color of spoiled salmon. This ptomaine curtain, incidentally, made its debut during a production of The Caine Mutiny Court Martial in which Captain Queeg did not nervously rattle steel balls in his hand. The balls were eliminated on the theory that they were suggestive.

Another big change took place about sixty years ago, when it was discovered that tuna were good to eat. Barnstable fishermen used to call them “horse mackerel,” and curse whenever they caught one. Still cursing, they would chop it up and throw it back into the bay as a warning to other horse mackerel. Out of courage or plain stupidity, the tuna did not go away, and now make possible a post-Labor Day festival called the Barnstable Tuna Derby. Sportsmen with reels as big as courthouse clocks come from all over the Eastern seaboard for the event, the villagers are always mystified as to what brought them. And nobody ever catches anything.

Another discovery that still lies in the future for the villagers to make and to learn to live with is that mussels can be eaten without causing instant death. Barnstable Harbor is in places clogged with them. They are never disturbed. One reason for their being ignored, perhaps, is that the harbor abounds in two other delicacies far simpler to prepare—striped bass and clams. To get clams, one can scratch almost anywhere when the tide is out. To get bass, one follows the birds, looks for cone-shaped formations of them, casts his lure to the place where the cone points. Bass will be feeding there.

As for what else the future holds: Few Cape villages have much chance of coming though the present greedy, tasteless boom with their souls intact. H. L. Mencken once said something to the effect that “Nobody ever went broke overestimating the vulgarity of the American people,” and fortunes now being made out of the vulgarization of the Cape surely bear this out. The soul of Barnstable Village just might survive.

For one thing, it is not a hollow village, with everything for rent, with half of the houses empty in the winter. Most of the people live there all year round, and most of them aren’t old, and most of them work—as carpenters, salesmen, masons, architects, teachers, writers, and what have you. It is a classless society, a sometimes affectionate and sentimental one.

And these full houses, often riddled by termites and dry rot, but good, probably, for a few hundred years more, have been built chockablock along Main Street since the end of the Civil War. Developers find very little room in which to work their pious depredations. There is a seeming vast green meadow to the west, but this is salt marsh, the bluish-brown glurp capped by a mat of salt hay. It was this natural hay, by the way, that tempted settlers down from Plymouth in 1639. The marsh, laced by deep creeks that can be explored by small boats, can never be built upon by anyone sane. It goes underwater at every moon tide, and is capable of supporting a man and his dog, and not much more.

Speculators and developers got very excited for a while about the possibility of improving Sandy Neck, the long, slender barrier of spectacular dunes that bounds the harbor on the north. There are grotesque forests of dead trees out there, trees suffocated by sand, then unburied again. And the outer beach, for all practical purposes infinite, puts the beach of Acapulco to shame. Surprisingly, too, fresh water can be had out there from quite shallow wells. But the local government, thank God, is buying up all of Sandy Neck but the tip, at the harbor mouth, and is making it a public park to be kept unimproved forever.

There is a tiny settlement on the tip of the neck, the tip that the government is not taking over. It is clustered around the abandoned lighthouse, a lighthouse that was once needed when there was water enough around to let big ships come and go. The bleached and tacky settlement can be reached only by boat or beach buggy. There is no electricity there, no telephone. It is a private resort. Less than a mile from Barnstable Village, the tip of the neck is where many villagers go when they need a vacation. 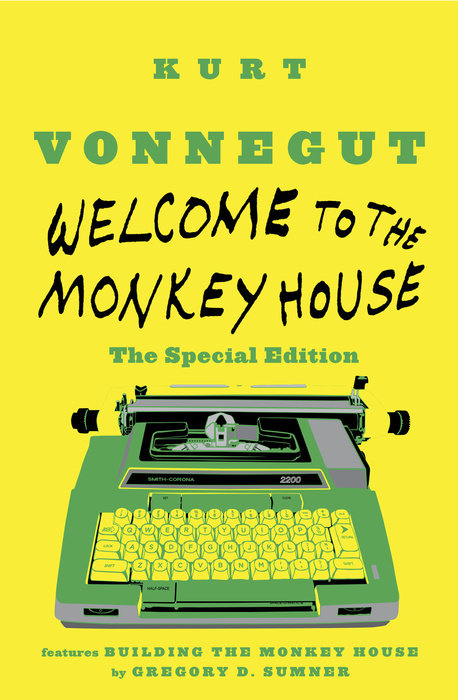