A rich mosaic of diary entries and letters from Marilyn Monroe, Cesar Chavez, Susan Sontag, Albert Einstein, and many more, this is the story of Los Angeles as told by locals, transplants, and some just passing through.

“Los Angeles is refracted in all its irreducible, unexplainable glory.”—Los Angeles Times

The City of Angels has played a distinct role in the hearts, minds, and imaginations of millions of people, who see it as the ultimate symbol of the American Dream. David Kipen, a cultural historian and avid scholar of Los Angeles, has scoured libraries, archives, and private estates to assemble a kaleidoscopic view of a truly unique city.

From the Spanish missionary expeditions in the early 1500s to the Golden Age of Hollywood to the strange new world of social media, this collection is a slice of life in L.A. through the years. The pieces are arranged by date—January 1st to December 31st—featuring selections from different decades and centuries. What emerges is a vivid tapestry of insights, personal discoveries, and wry observations that together distill the essence of the city.

As sprawling and magical as the city itself, Dear Los Angeles is a fascinating, must-have collection for everyone in, from, or touched by Southern California.

“This book’s a brilliant constellation, spread out over a few centuries and five thousand square miles. Each tiny entry pins the reality of the great unreal city of Angels to a moment in human time—moments enthralled, appalled, jubilant, suffering, gossiping or bragging—and it turns out, there’s no better way to paint a picture of the place.”—Jonathan Lethem

An excerpt from Dear Los Angeles

I have not yet seen a gold mine! Few emigrants can say this. Nearly all rush to the mines on their first coming, as if there were no other pursuit worthy of attention. From this mania, however, they are fast recovering. Thus hope is reviving for this part of the country. A great revolution is silently going on.

On January the first, 1923, this mighty temple was opened. Since the break of day, surging multitudes had been gathering, filling the streets in every direction, waiting for the doors to open. At 2 o’clock in the afternoon, a scaffolding had been hastily erected in front of the Temple and draped with a great American flag. Loving hands, atremble with eagerness and the excitement of the moment, lifted me to the top of the scaffolding, from which the outside dedication service was held, and from which we read the story of the ancient Temple of Jerusalem.

Had awful flood in La Crescenta and Montrose. Many killed and injured and many homes washed away. Rained all Day. Stayed home & Quilted.

I must really try to keep this journal more regularly. It will be invaluable to me if I do. Because this year is going to be one of the most decisive periods of the 20th century—­and even the doings and thoughts of the most remote and obscure people will reflect the image of its events.

That’s a hell of a paragraph to start off with. Why are we all so pompous on New Year’s Day? Come off it—­you’re not Hitler or Churchill. Nobody called on you to make a statement. As a matter of fact, what did you actually do?

Last night you . . . went on to the temple, where the Swami, wrapped in a blanket, read aloud from the sayings of Rama­krishna, the Vedas and the Bible, until a quarter past midnight. Then you came home and couldn’t sleep, so you reread most of Wells’s First Men in the Moon.

Where is the life? Where are the people? Even though I know all of the answers, I am still not satisfied by the responses.

A Korean family bought the Ekins house. Yesterday they began to cut down every tree growing in the backyard. Peggy would turn over in her grave. Debby would cry. I was anguished.

What a city! Widen the streets! Tear down the past! Destroy the trees. . . .

I’m having trouble building up the energy and commitment I need to form a committee to save 50’s architecture.

I will now give an account of Col Fremonts proceedings out here as well as the difficulty he had with Col Mason. . . .

—­Col Mason immediately said—­I want none of your insolence Sir

—­Col Fremont [said], that is a term applied to a menial Sir and I hope you will wave your rank and give me an opportunity to wipe it out

—­some delay however occurred in sending the challenge and Mason had time to think of what he was doing and he sent a letter to Fremont asking that it might be put off for a while.

The Santa Monica Mountains are not big, as mountains run, but they are very picturesque. That is proven by the Lasky Ranch. Driving past that ranch yesterday we saw motion-­picture sets for a cliffdwellers’ settlement, a Belgian village, a western mining town and a water-­front scene, each in what seemed its natural setting. And doubtless those hills and valleys, chocolate-­drop peaks and corrugated canyons have been seen by motion-­picture patrons all over the world. It made us think of the two ex-­doughboys talking of the trees of France. “Did they have any eucalyptus up in the war zone?” one asked. “I never saw any,” said the other, “but I notice in all the big war pictures the roads are lined with ’em.”

We have seen tropical jungles which could not compare with the hillsides of the Malibu range, which are covered with chemise brush tall as a man and so thick that you couldn’t even shoot a gun through it for more than fifty yards. Deer and coyotes can hardly penetrate except along broken paths . . . coveys of quail have to alight along the roadside in order to find open ground enough to spread out on, and continually whirr into the air before one’s approaching motor.

The hills are all intensely green, and from my window I awake to look at snow-­capped mountains. The air is very gentle and the sunlight is brilliant and warm. . . .

Mother says that I may buy a flute. . . . Mother’s being on the newspaper makes it possible for her to get tickets for anything she wants to go to, so that I will be able to attend any concerts there are that I want to. I want to go to the Philharmonic whether I like the programs or not, because I think it is very necessary to hear as much music as I can.

I am also enjoying the records Henry gave me. I have a phonograph, not a very good one, but it goes around.

Bad December, including week in hospital just before Christmas for exhaustion. The usual tests; no new discoveries. Am now on oxygen all night, with portable machine for daytime use. Spent New Year’s Eve with K.H. and children at hotel in Death Valley, vast expanse of nothing that has less of anything than any tourist resort in the world—­less water (indeed, no water at all), fewer flora and fauna (unless you count the coyote and the kangaroo rat), fewer hotels and buildings of interest (e.g. handful of very vestigial ghost towns and the unimpressive pseudo-­Spanish mansion called Death Valley Scotty’s Castle), less of everything attractive to the civilised mind except heat, of which there is far too much (the average summer temperature is around 120 degrees F). We drive back through ghastly company towns run by chemical firms and by the US navy’s weapons research department. Death Valley is minimal tourism, a gigantic natural monument to the theory that less is more. Query: Why is it that all man-­made objects in the States—­especially cars, trains, aircraft and modern buildings—­look like outsize toys?

It is precisely a week ago that we suffered a fright with Miguelito. He was crossing the street nearby when he was hit by a car. Even though it was not serious, it wasn’t without consequences, for the car passed over him and dragged him a good stretch. It seems that perhaps he will come out of it with only slight bruises and contusions that have kept him in bed for a couple of days. He now gets around with a bit of a limp, somewhat like don Cuco.

Lola did go through a terrible ordeal. Since I wasn’t there when it all happened, she went out to see what was going on and there she found only his shoes and was told that her boy had been carried away dead and had been taken to the hospital. And so she returned with his shoes in hand and with her heart in pieces. We immediately telephoned to find out which hospital they had taken him to so we could go see him when a man arrived with him very much alive.

Dolores Venegas, to her family

I wish I could see you. It has been many years since we saw each other. We are very happy because dad has a store. . . . [W]hen I was going to buy tortillas I was struck by a car that dragged me about 10 blocks. My dad is thinking how we can return and be together again with my aunt Anita and with all of you.

José Miguel Venegas, to his family

I can’t make the city what I want it to be. And I can’t stop wishing it were something else. I cannot. Nor have I ever really accepted it.

So, San Francisco again emerges as the compromise?

But no, that’s not really where my thoughts are going. . . .

For now, I feel homeless. Not here inside my room, but almost everywhere else in the city. I feel like a tourist. Not a resident. But I have all of these déjà-­vus. 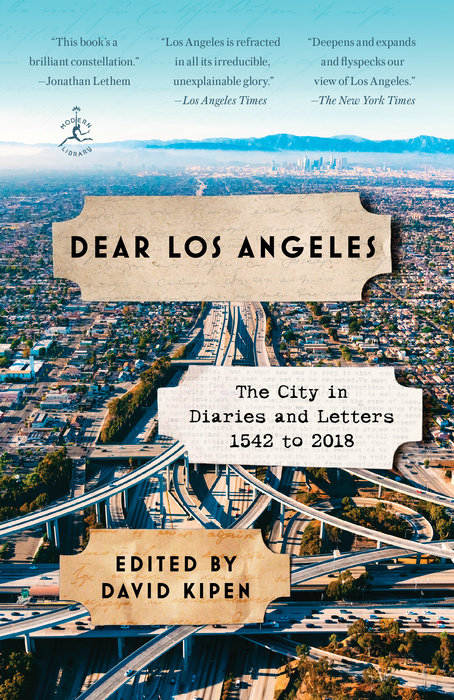