Marsha Linehan tells the story of her journey from suicidal teenager to world-renowned developer of the life-saving behavioral therapy DBT, using her own struggle to develop life skills for others.

“This book is a victory on both sides of the page.”—Gloria Steinem

“Are you one of us?” a patient once asked Marsha Linehan, the world-renowned psychologist who developed Dialectical Behavior Therapy. “Because if you were, it would give all of us so much hope.”

Over the years, DBT had saved the lives of countless people fighting depression and suicidal thoughts, but Linehan had never revealed that her pioneering work was inspired by her own desperate struggles as a young woman. Only when she received this question did she finally decide to tell her story.

In this remarkable and inspiring memoir, Linehan describes how, when she was eighteen years old, she began an abrupt downward spiral from popular teenager to suicidal young woman. After several miserable years in a psychiatric institute, Linehan made a vow that if she could get out of emotional hell, she would try to find a way to help others get out of hell too, and to build a life worth living.  She went on to put herself through night school and college, living at a YWCA and often scraping together spare change to buy food. She went on to get her PhD in psychology, specializing in behavior therapy. In the 1980s, she achieved a breakthrough when she developed Dialectical Behavioral Therapy, a therapeutic approach that combines acceptance of the self and ways to change. Linehan included mindfulness as a key component in therapy treatment, along with original and specific life-skill techniques. She says, "You can't think yourself into new ways of acting; you can only act yourself into new ways of thinking."

Throughout her extraordinary scientific career, Marsha Linehan remained a woman of deep spirituality. Her powerful and moving story is one of faith and perseverance. Linehan shows, in Building a Life Worth Living, how the principles of DBT really work—and how, using her life skills and techniques, people can build lives worth living.

An excerpt from Building a Life Worth Living

Building a Life Experienced as Worth Living

It was a beautiful summer’s day, toward the end of June 2011. I was standing in front of an audience of about two hundred in a large auditorium at the Institute of Living, a renowned psychiatric institution in Hartford, Connecticut.

Uncharacteristically for me, I was anxious about giving my talk. I was there to tell the story of how, more than two decades earlier, I had developed a type of behavioral treatment for highly suicidal people, known as Dialectical Behavior Therapy (DBT for short). It was the first successful treatment for this population of people who experience their lives as being in hell, so miserable that death seems to them a reasonable alternative.

A lot of people were at the institute to hear me talk that June day. There were people from all around the world who had been trained in the therapy, people who knew me or knew of my research, former students and colleagues, my family. I’d given talks about DBT many, many times before. When I did, I usually titled the talk “DBT: Where We Were, Where We Are, and Where We Are Going.” I would describe how I had developed the therapy through several years of exploratory research, often involving trial and error. I would describe its impact on suicidal people, what other conditions it was proving to be beneficial for, and so on.

But my talk that June day was going to be different. I was going to tell people for the first time how I really came to develop DBT. Not just the years of research and trials that went into it, but my personal journey, too. “Writing this talk has been one of the most difficult things I have done in my life,” I began.

I Didn’t Want to Die a Coward

I have done many hard things in my life, most prominent of which was having to come to terms with a totally unexpected complete and devastating breakdown of me, of who I was in the world, which you will get a glimpse of shortly. As a result of that episode, I had to fight to rebuild my high school education, which required me to go to night school while doing a day job to support myself. It was a day-­job-­and-­night-­school life again for me as I then strove to be a university undergraduate. By this time I had spent a lot of time living in small rooms in YWCAs in different cities. Most of the time I was friendless. And at almost every step of the way, I faced rejection after rejection that might easily have derailed me on my journey. Later, in my professional life, I had to battle to have my radical ideas and approach to therapy accepted by my peers and by the world of psychiatry more generally, and struggle as a female in male-­dominated academia.

I had been working on the talk for three months. Many times, I rued the fact that I had put myself into this predicament. I had to compress my life into the space of ninety minutes. Another problem was that I have almost complete amnesia of my life before my twenties, and up to twenty-­five, for reasons I will explain. What I have instead are “lightbulb memories,” bright moments of recollection sparsely scattered across a dark canvas. It’s like looking at the night sky in the city, where you see points of light from planets and stars here and there, but mostly it is unbroken blackness. I therefore had to turn to family, friends, and colleagues to help me reconstruct my life story, drawing on their vastly superior memories of my past. It was a difficult process—­and, more than that, I was about to reveal publicly for the first time extremely intimate details about my life that for decades I had kept a carefully guarded secret, outside of a few very close friends and my family. So why did I want to do this?

Because I didn’t want to die a coward. Continuing to keep quiet about my life seemed to me a cowardly thing to do.

Could I Make It Through the Talk Without Tears?

The Institute of Living had been an important part of my life, and I therefore thought it would be a good venue for me to give the talk I was planning. I had called David Tolin, who was director of the institute’s Anxiety Disorders Center, and said I wanted to give an important talk on the East Coast and thought the IOL would be a good place to give it. He was thrilled, until I told him I wanted to give the talk in one of the large rooms, because I knew it would draw a big audience. He agreed, but only if I would tell him why. I did.

Now that I was there, in front of several hundred people, I wondered, “What have I gotten myself into?” I was worried that I would not be able to make it through the talk without tears, and I absolutely did not want to cry.

I began by telling the audience that, when I give talks about the development of DBT, I usually say that it began in 1980, when I was awarded a grant from the National Institute of Mental Health. The grant was for me to conduct research on the efficacy of behavior therapy for individuals diagnosed with borderline personality disorder. “But this wasn’t when my passion for getting people out of hell started,” I said.

I looked at the audience for a few seconds, casting my eyes here and there at the gathering of so many wonderful people in my life—­friends, colleagues, students and former students. I knew that my sister, Aline, would be there, and I had especially wanted my brothers, John, Earl, Marston, and Mike, to be there, but I wasn’t sure Aline would be able to get them to come. Yet there they were, sitting in the front row. Right behind them were Geraldine, my Peruvian daughter, and her husband, Nate, with whom I have lived ever since they were married. Geraldine’s brother and his partner were also there. I thanked them and everyone else for coming. In this very emotional moment, I was on the edge of tears. Fortunately, none showed up.

The Real Beginnings of DBT

“In reality, the seeds of DBT were planted in 1961,” I continued, “when, at age eighteen, I was admitted here, to the Institute of Living.”

I had been a happy-­go-­lucky, confident high school girl, popular among my classmates, often the one to initiate activities—­organizing concerts, for example, or simply getting together a group of us to go to the drugstore for ice cream. I was always careful to make sure everyone’s needs were met, that no one was left out of the action. In my junior year I was nominated to be class Mardi Gras queen. My popularity extended beyond having a lot of friends to being elected and nominated to important class roles in junior year and senior year. I was the kind of girl who might be voted “most popular” or “most likely to succeed.”

But then, as my senior year progressed, this confident girl began to disappear.

I did not know what had happened to me. No one knew. My experience at the institute was one of descending into hell, an out-­of-­control storm of emotional torture and absolute anguish. There was no escape. “God, where are you?” I whispered each day, but got no answer. I find the pain and turmoil hard to describe. How do you adequately describe what it is like being in hell? You can’t. You can only feel it, experience it. And I did. I felt this inside myself, and it came out finally as suicidal behavior.

But I survived. And toward the end of my time at the institute, I made a promise to God, a vow, that I would get myself out of hell—­and that once I did, I would find a way to get others out of hell, too.

Marsha M. Linehan, PhD, ABPP, is the developer of Dialectical Behavior Therapy and a professor of psychology, adjunct professor of psychiatry and behavioral sciences, and director of the Behavioral Research and Therapy Clinics at the University of Washington. Her primary research interest is in the development and evaluation of evidence-based treatments for populations with high suicide risk and multiple severe mental disorders. Dr. Linehan’s contributions to suicide research and clinical psychology research have been recognized with numerous awards, including the Gold Medal Award for Life Achievement in the Application of Psychology from the American Psychological Foundation, the Scientific Research Award from the National Alliance on Mental Illness, the Career/Lifetime Achievement award from the Association for Behavioral and Cognitive Therapies, and the Grawemeyer Award for Psychology. In 2018, Dr. Linehan was featured in a special issue of Time magazine, “Great Scientists: The Geniuses and Visionaries Who Transformed Our World.” 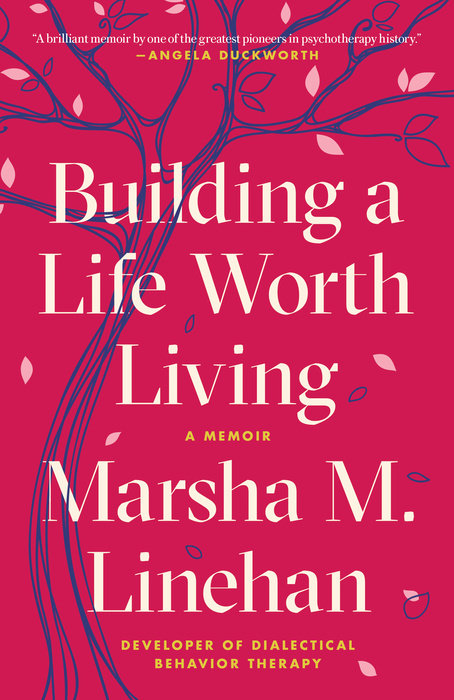