The host of FOX’s My Kitchen Rules whips up an entire week’s worth of easy, tasty dinners in this exclusive ebook.

A happy family starts with a home-cooked meal. But the demands of every day life—soccer games, dance recitals, late nights at the office—can present major challenges to getting dinner on the table each night. Curtis Stone’s Seven Days, Seven Dinners provides a week’s worth of delicious, doable dinner recipes. Inspired by his cookbook What’s for Dinner?, each dish is designed to feed a busy life with quick, easy, and affordable meals.

• Motivating Monday: A healthy meal that starts the week off right
• Time-Saving Tuesday: Dinner on the table in 35 minutes
• One-Pot Wednesday: A flavorful dish made in just one skillet, leaving you with less cleanup
• Thrifty Thursday: Feeding your family on a budget gives you more for less
• Five-Ingredient Friday: A simple recipe that’s fun and helps kick off the weekend
• Dinner Party Saturday: An extraordinary dinner to bring out your inner chef
• Family Supper Sunday: A comforting family favorite made with lots of love

Seven Days, Seven Dinners is sure to bring confidence to your kitchen and happiness to your table every night of the week.

Curtis Stone is an internationally-known chef, New York Times bestselling author, award-winning restaurateur and TV host. Born in Melbourne, Australia, Curtis first found his passion for food while watching his grandmother, Maude, make her legendary fudge. Curtis honed his skills in the UK under legendary three-star Michelin genius, Marco Pierre White, and while living in London, he appeared in several U.K. cooking shows before catching the eye of television producers in Australia and the U.S. Curtis opened his first solo restaurant Maude (named after his grandmother) in Beverly Hills in February 2014. 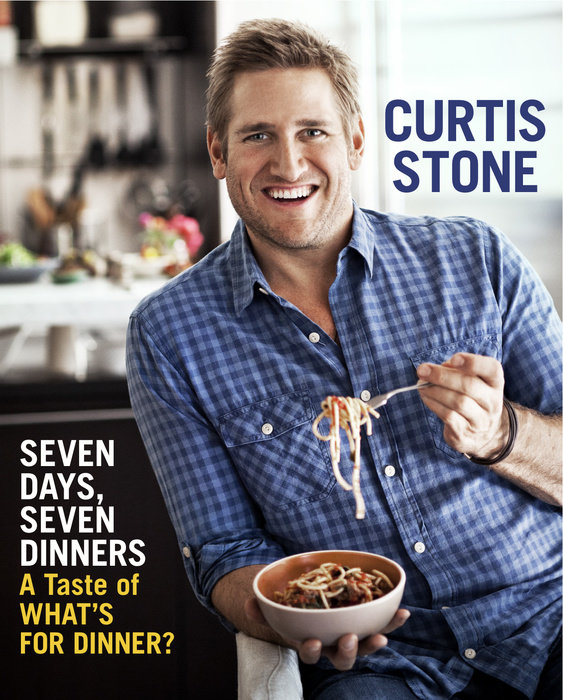