Blending African, Carribean, and southern cuisines results in delicious recipes like Smashed Potatoes, Peas, and Corn with Chile-Garlic Oil, a recipe inspired by the Kenyan dish irio, and Cinnamon-Soaked Wheat Berry Salad with dried apricots, carrots, and almonds, which is based on a Moroccan tagine. Creamy Coconut-Cashew Soup with Okra, Corn, and Tomatoes pays homage to a popular Brazilian dish while incorporating classic Southern ingredients, and Crispy Teff and Grit Cakes with Eggplant, Tomatoes, and Peanuts combines the Ethiopian grain teff with stone-ground corn grits from the Deep South and North African zalook dip. There’s perfect potluck fare, such as the simple, warming, and intensely flavored Collard Greens and Cabbage with Lots of Garlic, and the Caribbean-inspired Cocoa Spice Cake with Crystallized Ginger and Coconut-Chocolate Ganache, plus a refreshing Roselle-Rooibos Drink that will satisfy any sweet tooth.

With more than 100 modern and delicious dishes that draw on Terry’s personal memories as well as the history of food that has traveled from the African continent, Afro-Vegan takes you on an international food journey. Accompanying the recipes are Terry’s insights about building community around food, along with suggested music tracks from around the world and book recommendations. For anyone interested in improving their well-being, Afro-Vegan’s groundbreaking recipes offer innovative, plant-based global cuisine that is fresh, healthy, and forges a new direction in vegan cooking.

Inspired by candied sweet potatoes, this flavorfully sweet side dish provides a satisfying counterpoint to a savory main. While roasting brings out the natural sweetness in plantains, muscovado—unrefined brown cane sugar—gives the plantains a subtle molasses flavor. You can add chopped pecans for texture. If you cannot find muscovado, use raw cane sugar and replace the maple syrup with 1 teaspoon unsulfured molasses.

Preheat the oven to 375°F. Line a large, rimmed baking sheet with parchment paper.
Put the plantains in a large bowl, drizzle with 2 teaspoons of the oil, and sprinkle with the salt. Toss gently until the plantains are evenly coated. Transfer to the lined baking sheet and bake for 40 minutes, gently stirring and turning every 10 minutes, until fork-tender and lightly browned.

Combine the maple syrup, muscovado, and remaining 2 teaspoons oil in a small bowl and stir with a fork to combine. Pour into a large skillet and warm over high heat until melted, about 30 seconds. Add the plantains, and cook for 1 minute, tossing vigorously to coat evenly, and serve.

Bryant Terry is an NAACP Image Award winner and a James Beard Award-winning chef and educator and the author of Afro-Vegan and Vegetable Kingdom. He is renowned for his activism and efforts to create a healthy, equitable, and sustainable food system. He is currently the chef-in-residence at the Museum of the African Diaspora in San Francisco, where he creates programming that celebrates the intersection of food, farming, health, activism, art, culture, and the African Diaspora. His work has been featured in the New York Times and Washington Post and on CBS This Morning and on NPR's All Things Considered. San Francisco magazine included Bryant among the 11 Smartest People in the Bay Area Food Scene and Fast Company named him one of 9 People Who Are Changing the Future of Food. 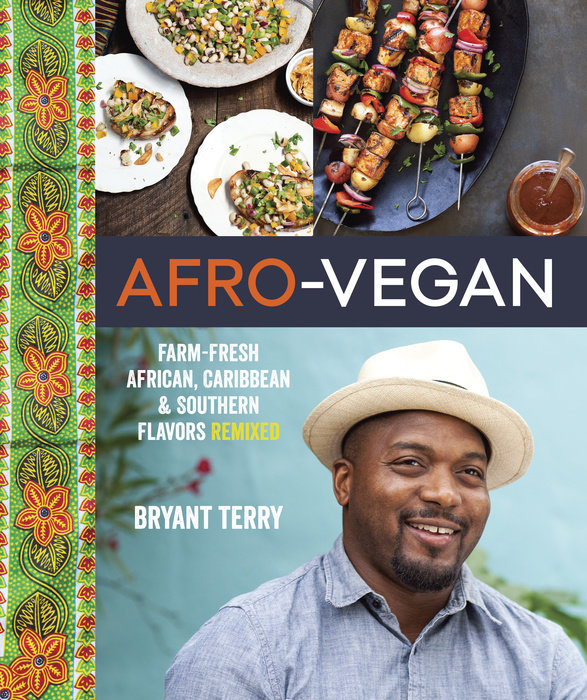