#1 NEW YORK TIMES BESTSELLER • NAMED ONE OF THE BEST BOOKS OF THE YEAR BY BOOKPAGE • The must-read thriller of the year, for readers of dark psychological suspense and modern classics of mystery and adventure. Don’t miss a special preview of Dean Koontz’s upcoming novel, The Silent Corner, in the back of the book.

The girl who said no to death.

Bibi Blair is a fierce, funny, dauntless young woman—whose doctor says she has one year to live.

An enigmatic woman convinces Bibi that she escaped death so that she can save someone else. Someone named Ashley Bell.

But save her from what, from whom? And who is Ashley Bell? Where is she?

Bibi’s obsession with finding Ashley sends her on the run from threats both mystical and worldly, including a rich and charismatic cult leader with terrifying ambitions.

Here is an eloquent, riveting, brilliantly paced story with an exhilarating heroine and a twisting, ingenious plot filled with staggering surprises. Ashley Bell is a new milestone in literary suspense from the long-acclaimed master.

“A mind-bender filled with satisfying surprises.”—People (book of the week)

“[With] lyrical writing and compelling characters . . . Koontz stands alone, and this novel is a prime example of literary suspense. . . . One of his best.”—Associated Press

“Grabs you on page one and keeps you enthralled with ever widening loops of intrigue, spine-tingling plot twists, absorbing characters and emotional involvement . . . extraordinary.”—Bookreporter

“Heart-pounding and mind boggling . . . a rarity of a thriller—one that asks big questions about life and destiny while succeeding in creating [an] eerie sense of reality.”—Shelf Awareness

“Strap in and hold on. . . . When a writer has managed to catch this kind of lightning in a bottle, every reader should experience the full jolt.”—BookPage

An excerpt from Ashley Bell

The Girl Whose Mind Was Always Spinning

The year that Bibi Blair turned ten, which was twelve years before Death came calling on her, the sky was a grim vault of sorrow nearly every day from January through mid-March, and the angels cried down flood after flood upon Southern California. That was how she described it in her diary: a sorrowing sky, the days and nights washed by the grief of angels, though she didn’t speculate on the cause of their celestial distress.

Even then, she was writing short stories in addition to keeping a diary. That rainy winter, her simple narratives were all about a dog named Jasper whose cruel master had abandoned him on a storm-swept beach south of San Francisco. In each of those little fictions, Jasper, a gray-and-black mongrel, found a new home. But at the end of every tale, his haven proved impermanent for one reason or another. Determined to keep his spirits high, good Jasper traveled southward, hundreds of miles, in search of his forever home.

Bibi was a happy child, a stranger to melancholy; therefore, it seemed odd to her then—and for years after—that she should write multiple woeful episodes about a lonely, beleaguered mutt whose search for love was never more than briefly fulfilled. Understanding didn’t come to her until after her twenty-second birthday.

In one sense, everyone is a magpie. Bibi was one, but she didn’t know it then. Much time would pass before she recognized some truths that she had hidden away in her magpie heart.

The magpie, a bird with striking pied plumage and a long tail, often hoards objects that strike it as significant: buttons, bits of string, twists of ribbon, colorful beads, fragments of broken glass. Having concealed these treasures from the world, the magpie builds a new nest the following year and forgets where its trove is located; therefore, having hidden its collection even from itself, the bird starts a new one.

People hide truths about themselves from themselves. Such self-deception is a coping mechanism, and to one extent or another, most people begin deceiving themselves when they’re children.

That sodden winter when she was ten, Bibi lived with her parents in a small bungalow in Corona del Mar, a picturesque neighborhood of Newport Beach. Although they were just three blocks from the Pacific, they had no ocean view. The first Saturday in April, she was home alone, sitting in a rocking chair on the front porch of the quaint shingled house as warm rain streamed straight down through the palm trees and the ficuses, as it sizzled on the blacktop like hot oil on a griddle.

She was not a child who lazed around. Her mind remained always busy, spinning. She had a yellow lined tablet and a collection of pencils with which she was composing yet another installment in the saga of lonesome Jasper. Movement at the periphery of her vision caused her to look up, whereupon she discovered a soaked and weary dog ascending the sidewalk from the distant sea.

At ten, her sense of wonder had not been worn thin; and she sensed that a surprising turn of events was about to occur. In the grip of an agreeable expectation, she put down the tablet and the pencil, rose from the chair, and went to the head of the porch steps.

The dog looked nothing like the lonely mongrel in her stories. The bedraggled golden retriever halted where the bungalow walkway met the public sidewalk. Girl and beast regarded each other. She called to him, “Here, boy, here.” He needed to be coaxed, but eventually he approached the porch and climbed the steps. Bibi stooped to his level to peer into his eyes, which were as golden as his coat. “You stink.” The retriever yawned, as if his stinkiness was old news to him.

He wore a cracked and filthy leather collar. No license tag dangled from it. There wasn’t one of those name-and-phone-number plates riveted to it, which a responsible owner should have provided.

Bibi led the dog off the porch, through the rain, around the side of the house, into a brick-paved thirty-foot-square courtyard flanked by stuccoed privacy walls along the property lines to the east and west. To the south stood a two-car garage that opened onto an alleyway. Exterior steps rose to a small balcony and an apartment above the garage. Bibi avoided glancing up at those windows.

She told the retriever to wait on the back porch while she went into the house. He surprised her by being there when she returned with two beach towels, shampoo, a hair dryer, and a hairbrush. He ran with her across the courtyard, out of the rain and into the garage.

After she turned on the lights, after she took the stained and mud-crusted collar from around his neck, she saw something that she had not previously noticed. She considered dropping the collar in the garbage can, burying it under other trash, but she knew that would be wrong. Instead, she opened a drawer in the cabinet beside her father’s workbench, took one of several chamois cloths from his supply, and wrapped the collar in it.

A sound issued from the apartment overhead, a brief hard clatter. Startled, Bibi looked at the garage ceiling, where the open four-by-six joists were festooned with spider architecture.

She thought she heard a low and anguished voice, too. After listening intently for half a minute, she told herself that she must have imagined it.

Between two of the joists, backlit by a bare dust-coated bulb in a white ceramic socket, a fat spider danced from string to string, plucking from its silken harp a music beyond human hearing.

Bibi thought of Charlotte the spider, who saved Wilbur the pig, her friend, in E. B. White’s book Charlotte’s Web. For a moment, Bibi was all but unaware of the garage as an image rose in her mind and became more real to her than reality:

Hundreds of tiny young spiders, Charlotte’s offspring fresh from her egg sac many weeks after her sad death, standing on their heads and pointing their spinnerets at the sky, letting loose small clouds of fine silk. The clouds form into miniature balloons, and the baby spiders become airborne. Wilbur the pig is overcome with wonder and delight, but also with sadness, while he watches the aerial armada sail away to far places, wishing them well but sorry to be deprived of this last connection to his lost friend Charlotte. . . .

With a thin whine and soft bark, the dog brought Bibi back to the reality of the garage.

Later, after the retriever had been washed and dried and brushed, during a break in the rain, Bibi took him into the house. When she showed him the small bedroom that was hers, she said, “If Mom and Dad don’t blow their tops when they see you, then you’ll sleep here with me.”

The dog watched with interest as Bibi dragged a cardboard box out of the closet. It contained books that wouldn’t fit on the already heavily laden shelves flanking her bed. She rearranged the volumes to create a hollow into which she inserted the chamois-wrapped collar before returning the box to the closet.

“Your name is Olaf,” she informed the retriever, and he reacted to this christening by wagging his tail. “Olaf. Someday, I’ll tell you why.”

In time, Bibi forgot about the collar because she wanted to forget. Nine years would pass before she discovered it at the bottom of that box of books. And when she found it, she folded the chamois around it once more and sought a new place in which to conceal it. 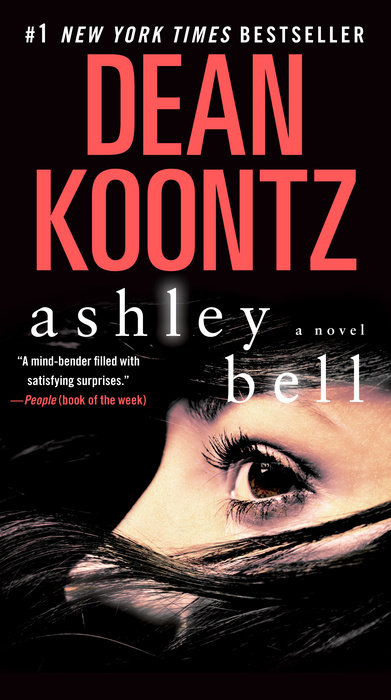