Hannibal vs. Scipio. Grant vs. Lee. Rommel vs. Patton. The greatest battles, commanders, and rivalries of all time come to life in this engrossing guide to the geniuses of military history.

Any meeting of genius may create sparks, but when military geniuses meet, their confrontations play out upon a vast panorama of states or civilizations at war, wielding the full destructive power of a mighty nation’s armies. Gods of War is the first single-volume, in-depth examination of the most celebrated military rivalries of all time, and of the rare, world-changing battles in which these great commanders in history matched themselves against true equals.

From Caesar and Pompey deciding the fate of the Roman Republic, to Grant and Lee battling for a year during the American Civil War, to Rommel and Montgomery and Patton meeting in battle after battle as Hitler strove for European domination, these match-ups and their corresponding strategies are among the most memorable in history.

A thrilling look into both the generals’ lives and their hardest-fought battles, Gods of War is also a thought-provoking analysis of the qualities that make a strong commander and a deep exploration of the historical context in which the contestants were required to wage war, all told with rousing narrative flair. And in a time when technology has made the potential costs of war even greater, it is a masterful look at how military strategy has evolved and what it will take for leaders to guide their nations to peace in the future.

An excerpt from Gods of War

A Framework for War

At the end of On War, Prussian general Carl von Clausewitz makes a supremely ironic comment: “No one starts a war—or rather, no one in his senses ought to do so—without being clear in his mind what he intends to achieve by that war and how he intends to conduct it.” And that is precisely the point; rarely if ever do statesmen, their advisers, or their military leaders think through the consequences of what will transpire after they have launched their military forces into war. Even when fought for the noblest of reasons, war and the battles that result from its conduct represent the darkest of human impulses. As the Duke of Wellington aptly commented, “Nothing except a battle lost can be half so melancholy as a battle won.” War is the great destroyer, leaving in its wake a path of wanton destruction, rapine, and death, with the bodies and minds of those who survive broken by its savagery. Yet men have pursued its tarnished glory throughout the ages, beginning in our written history with Achilles choosing a young and glorious death in battle against the Trojans over the possibility of a long and comfortable life.

Sometimes these wars are fought by men of talent, but not often, as military genius is a rare commodity. The context and circumstances of the political, military, and social milieu must be right for military genius to emerge in full flower. Had Napoléon been born fifty years earlier, he would have retired as a captain of artillery in an army dominated by the great nobles of France. Similarly, had the Civil War happened ten years earlier or later, it is hard to imagine Grant emerging as a major figure. That said, it is perhaps a good thing that military genius has been so rare in history. Unfortunately, those few who have possessed its attributes too often have found themselves driven by a restive impulse to employ their talents in search of conquest and personal glory. In effect, that search has led them to ignore Clausewitz’s dictum "that war is . . . a continuation of political activity by other means” in pursuit of their own dreams. Thus, they have pursued their own personal glory instead of the larger needs of not only their soldiers but their societies as a whole.

All great generals, no matter how noble their cause and their persona, must in the end possess a certain ruthlessness. For some the pursuit of military genius, driven by their demons, has turned into a hardness that knows no bounds. Walking over the desolate landscape of the Battle of Eylau, Napoléon commented to one of his marshals as he kicked over the frozen bodies of his dead soldiers, “Small change.” Marshal Ney’s comment when he saw that same terrible battlefield, in which the eminent historian David Chandler estimated the French may have lost as many as twenty-five thousand men killed or wounded with their enemies losing a further fifteen thousand casualties, was, “Quel massacre! Et sans resultat.”—“What a massacre! And without result.”

One also must note that the pursuit of glory by military genius has in many cases brought little benefit to mankind. Rather, it has all too often led emperors, kings, and generals to attempt to emulate the glory of those who have gone before them. Genghis Khan and his successors wrecked much of China and western Asia all the way to eastern Europe, setting Russian civilization back by at least two centuries and permanently scarring the psyche of Russia’s people. But in the end the Mongolian invaders left little in their wake except massive destruction and death, only the pyramid of skulls they built in Baghdad in a.d. 1258 as a monument to their military genius. Alexander the Great destroyed the great Persian Empire, but his own empire blew away with the sands of Mesopotamia. As he lay dying, his one possibility of saving it disappeared, when he replied to the query of his generals as to who was to succeed him: “To the strongest.” The result was nearly two centuries of interminable wars that lasted until the Romans brought their concept of political order to the Eastern Mediterranean.

Napoléon’s record in terms of reforming France’s legal and administrative system suggests talents that lay far beyond those of war making. Nevertheless, he had already brought France the bulk of those reforms before he embarked on his great wars of conquest in 1805. Certainly, the French people as a whole were sick of the wars of revolutionary France by the time Napoléon’s coup d’état in November 1799 placed him at the pinnacle of political power, initially as first consul and then as emperor. But all of Napoléon’s achievements pale before the ravaging of Europe and the death and destruction that were the main result of his battles.

Similarly, Caesar’s conquest of Gaul had enormous impact over the centuries. For one, it brought Gaul into the greater Mediterranean civilization, resulting in a French language directly descended from the Latin the Romans imposed on the conquered. His conquest of Gaul also brought Rome strategic depth and frontiers. The survival of much of Greco-Roman civilization and its transmission to the West depended on that depth when the great waves of barbarians began to wash over the lands surrounding the Mediterranean in the fourth century a.d. Yet, for all of his sophistication and literary abilities, Caesar demonstrated little concern over Rome’s welfare. He conquered Gaul not to create a strategic buffer but to further his own glory, as the new Alexander. His brilliant political and military campaigns aimed only at making himself “the first man in Rome.” And when Rome found a champion to oppose him—Pompey—Caesar’s ruthless drive for power brought the Roman Republic to ruin.

Of course, there have been great captains throughout history who have been harnessed to a good cause. General Ulysses S. Grant, for instance, preserved the union of the United States and, through his military victories, brought an end to the evils of slavery on the North American continent. And it should go without saying that General George Patton and Field Marshal Bernard Montgomery employed their military talents for governments set on destroying one of the vilest régimes in world history. But for every great captain who has used his sword in the service of a noble cause there are at least an equal number of military leaders—Robert E. Lee and Erwin Rommel—who are more than willing to serve even the most abhorrent government’s causes.

Acknowledging the misery caused by many of history’s military geniuses, it is surely a good thing that there have been so few of them. The fact that military genius has been so rare and yet destructive warfare so prevalent suggests that there are other factors at work. The point is not to show how rarely they have arisen, but to demonstrate that many states throughout history have produced enviable military records without ever having the benefits of a battlefield genius to lead their armies.

James Lacey is the author most recently of The Washington War: FDR’s Inner Circle and the Politics of Power That Won World War II and The First Clash: The Miraculous Greek Victory at Marathon and Its Impact on Western Civilization, as well as co-author with Williamson Murray of Moment of Battle: The Twenty Clashes That Changed the World. He is a widely published defense analyst who has written extensively on the war in Iraq and the global war on terrorism. He served more than a dozen years on active duty as an infantry officer. Lacey traveled with the 101st Airborne Division during the Iraq invasion as an embedded journalist for Time magazine, and his work has also appeared in National Review, Foreign Affairs, the Journal of Military History, and many other publications. He currently teaches at the Marine Corps War College and lives in Virginia.

Williamson Murray is the author of a wide selection of articles and books, including, with Allan Millett, the acclaimed A War to Be Won: Fighting the Second World War. He is professor emeritus of history at Ohio State, served for five years as an officer in the United States Air Force, and has taught at the Air War College and the United States Military Academy. He has also served as a Secretary of the Navy Fellow at the Naval War College, the Centennial Visiting Professor at the London School of Economics, the Matthew C. Horner Professor of Military Theory at the Marine Corps University, the Charles Lindbergh Chair at the Smithsonian National Air and Space Museum, the Harold K. Johnson Professor of Military History at the Army War College, and the Distinguished Visiting Professor of Naval Heritage and History at the U.S. Naval Academy at Annapolis. He is presently a defense analyst at the Potomac Institute for Policy Studies and teaches at the Naval War College. 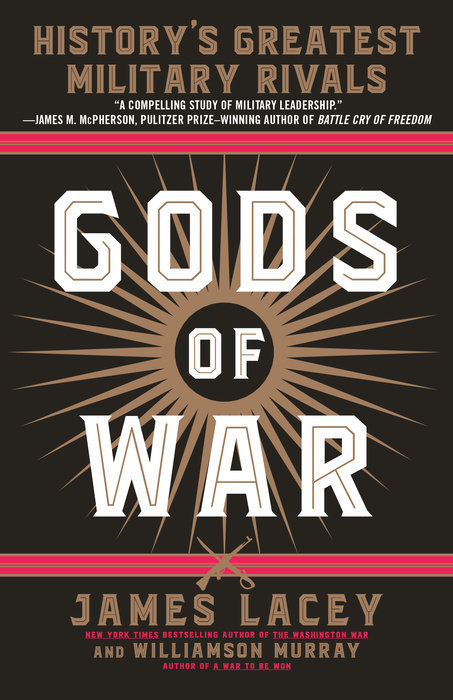