From the New York Times bestselling creator of the Iron Druid Chronicles comes the highly anticipated sequel to A Plague of Giants: A world-breaking war—an invasion of giant warriors—inspires a movement to fight back.

SOLDIER AND AVENGER
Daryck is from a city that was devastated by the war with the Bone Giants, and now he and a band of warriors seek revenge against the giants for the loved ones they’ve lost. But will vengeance be enough to salve their grief?

DREAMER AND LEADER
Hanima is part of a new generation with extraordinary magical talents: She can speak to fantastical animals. But when this gift becomes a threat to the powers-that-be, Hanima becomes the leader of a movement to use this magic to bring power to the people.

SISTER AND SEEKER
Koesha is the captain of an all-female crew on a perilous voyage to explore unknown waters. Though her crew is seeking a path around the globe, Koesha is also looking for her sister, lost at sea two years ago. But what lies beyond the edges of the map is far more dangerous than storms and sea monsters. . . .

In this sequel to A Plague of Giants, these characters and more will become the voices of a new generation bringing hope and revolution to a war-torn world.

Don’t miss any of Kevin Hearne’s action-packed Seven Kennings series
A PLAGUE OF GIANTS • A BLIGHT OF BLACKWINGS • A CURSE OF KRAKENS (Coming Later!)

An excerpt from A Blight of Blackwings

When one’s time is running out, that which we normally view as mundane can become a treasure. A flowering weed in the garden, a thing to be despised on most days, can become a beauty of the world—a miracle of life!—if only one believes that such a flower might never be seen again. Noting what may be the last time for everything infuses every moment with treacly sweet sentiment. And even the sentiment gets its chance to be cherished, because when might one have the luxury to feel that again?

The pelenaut’s orders had me feeling that way. I was to scout the Mistmaiden Isles up close, a deed not undertaken for many years. In fact, I could find no records of it happening at all. Delving into archives yielded me no records but maps, and even those were suspect, since no one could tell me when last they were surveyed. I was privately informed by the pelenaut’s Master of Charts that cartographers just copied what had already been done years ago, and accuracy regarding those islands was not a priority. After all, why worry about accurate coastlines when no one would dare to sail there?

“How long since the last survey?” I asked her.

She shrugged. “I don’t know when the last one was completed, Second Könstad.”

“Oh, much more than that. Long before you or I were born. It might have been done in our great-grandparents’ time.”

My jaw dropped, and she she waggled a finger at me.

“That’s being optimistic, mind. If someone who knew the answer for sure told me it was three hundred years or more, I wouldn’t be surprised.”

“Three hundred? Do you know what three hundred years of tide does to a coast? They’re going to be completely different now!”

“I understand completely, Second Könstad, believe me. But no one wants to sail near the Wraiths. Those islands are left alone for good reason. I do have a record of a survey ordered by the pelenaut from 127 yaers ago, and the quartermaster of Festwyf was supposed to recruit a company for the task and outfit a ship for that purpose.”

“Oh? And did the quartermaster follow through on that?”

“I have no record of that—perhaps some records in Festwyf’s archives can break through this dam we find ourselves up against. But since we have no completed survey from that time, we may deduce that the quartermaster either failed to send out a crew or did send one out, but they never returned.”

I closed my eyes and sighed, trying to let my frustration hiss out of me. I have often envied the Kaurians for their ability to breathe peace. I usually find mine in the currents of the ocean, keeping pace with whales on their migratory paths through our coastal waters, but those seasonal moments of bliss were far away from me right then. The Master of Charts had an excellent point: I would leave the islands alone too if I had a choice. But now it was clear they were a huge blind spot of the Brynts—one we all knew was there and had willfully avoided, as if nothing in the isles could ever harm us so long as we left them alone.

I hugged my boys tightly before I left and told them I loved them and always would, and they should never ever forget that. Which of course scared them. My own fears were flowing into them, the tears welling in my eyes communicating that I was about to do something dangerous. They didn’t want me to go. Neither did anyone else, especially myself. But I knew that I needed to go.

So I set out from the Lung’s Locks with a waterproof carisak full of paper and ink, just in case I found a safe place to take down some notes, along with a oilskin and a bedroll. I sleeved myself through the waves to the Mistmaiden Isles at the fastest pace I could comfortably maintain. My plan was to never set foot on any of the isles; a reef, a crag, maybe, but never where I might come face-to-mist with a wraith. All we really knew about them was that they didn’t like the living and couldn’t swim.

But though they couldn’t inhabit or cross the water, I didn’t know what my kenning could do against them. Certainly no mortal instrument could harm them, since they lacked substance, but would a squirt in the eye do them any damage? If I walked on the isles wreathed in a swirling shield of water, would they be able to penetrate it to do me harm? It sounded like it might work in theory, but I wasn’t willing to experiment.

The wraiths in tales were rumored to have some power to beckon people, to lure them to their doom. If that’s true, it would be better for me to remain unseen. If I didn’t return, the likelihood of anyone ever coming after me, much less finding me, was incredibly small. It had taken a hundred and twenty-seven years to send me out after the last expedition, after all. If that expedition had ever been sent.

What few reliable records the Master of Charts could find indicated that perhaps not all four the islands were inhabited by wraiths, but there was no solid information on which ones were safe and which were not. I must therefore treat all of them with the same excess of caution. I was to locate a Bone Giant fleet, after all, and perhaps something that could conceivably be called the Seven-Year Ship, possibly crewed by men with pale skin.

It occurred to me that the Bone Giants might have had some secret colony hidden in the Mistmaiden Isles for centuries and we obviously had never figured it out because we never went there. Or, more implausibly but inescapable to my paranoid mind, perhaps the infamous ship was in fact crewed by wraiths, a ghost ship. That chilled me.

The churning of my mind was not echoed in the sea, thankfully. It was a calm day and as I traversed the deep channel between the continent and the islands, I sensed nothing large moving beneath me. The krakens, if they were out there, were still for the time being.

The southernmost island, according to our out-of-date maps, was a smallish one shaped like a kidney bean with the curve facing north. It proved to be both bean-shaped and empty of wraiths, so far as I could tell, as well as unpopulated by a fleet of ships. It did have fantastic fishing; these were populations never touched by a net.

I moved on to the next island located to the northwest, which was also unpopulated so far as I could tell and its shoals blessed with extraordinary schools of fish. I found some rough rocks offshore on which to set up my rudimentary shelter for the night, entirely composed of my bedroll and an oilskin. I could technically sleep in the ocean since I’d never drown, but that was an outstanding way to get eaten.

I slept poorly but did appreciate waking with the dawn and witnessing sea birds dive for their breakfast. I dove for mine as well, spearing a sandy flounder with my glass knife and returning to the rock to cut off some fresh filets and eat them raw. It was a clear, sunny day, even finer than the last. An auspicious morning in which to encounter wraiths, if such a thing can be said to have auspices.

Taking time to write down a report of seeing nothing on the southernmost islands was an exercise in procrastination. I wanted to do my duty but didn’t want to find anything either.

Of the two islands left, the one to the northeast of where I’d slept was the smaller, so I went there first. The big island was so large I doubted I’d be able to complete a circuit of it in a day. It occurred to me that it might be convenient to name the islands. Bean, for the smallest one. Bolt for the second, since it was a bit of a zigzag shape. And the drawings of this third one I’d seen looked like the silhouette of my boys’ least favorite vegetable—a small stalk and floret, anyway—so I named it Broccoli. No doubt the Master of Charts would disapprove, but it gave me some comfort to exert this small measure of control over the place.

The big island looked like a mess on the map and I toyed with the idea of calling it Barf, just to really outrage the master, but decided to reserve judgment on that until I’d scouted it.

Broccoli, like Bean and Bolt, was free of habitation but lush with wildlife on its shores and in its depths. There were fish living in the reefs on the eastern side I’d never seen before—many new species, in fact—and if I had leisure to watch and document them I would have taken it. But I kept circling around Broccoli until I was in a strait between it and the big island, sometime in the late morning.

I was traveling south at that point and periodically looking west, to my right, to see if I could spy the big island at all across the strait, and I could. A low, gently undulating ridge of dark green. And then, suddenly, patches of white. 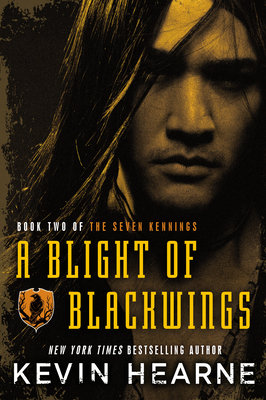