From the #1 New York Times bestselling author of Lincoln in the Bardo, a darkly comic short story about the unintended consequences unleashed by our quest to tame the natural world—featuring gorgeous black-and-white illustrations by Chelsea Cardinal.

Fox 8 has always been known as the daydreamer in his pack, the one his fellow foxes regard with a knowing snort and a roll of the eyes. That is, until he develops a unique skill: He teaches himself to speak “Yuman” by hiding in the bushes outside a house and listening to children’s bedtime stories. The power of language fuels his abundant curiosity about people—even after “danjer” arrives in the form of a new shopping mall that cuts off his food supply, sending Fox 8 on a harrowing quest to help save his pack.

Told with his distinctive blend of humor and pathos, Fox 8 showcases the extraordinary imaginative talents of George Saunders, whom The New York Times called “the writer for our time.”

George Saunders is the author of nine books, including the novel Lincoln in the Bardo, which won the Man Booker Prize, and the story collections Pastoralia and Tenth of December, which was a finalist for the National Book Award. He has received fellowships from the Lannan Foundation, the American Academy of Arts and Letters, and the Guggenheim Foundation. In 2006 he was awarded a MacArthur Fellowship. In 2013 he was awarded the PEN/Malamud Award for Excellence in Short Fiction and was included in Time’s list of the one hundred most influential people in the world. He teaches in the creative writing program at Syracuse University. 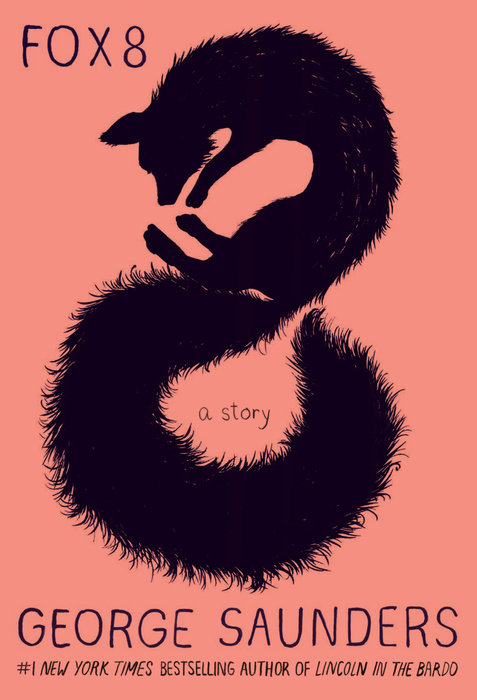