A riveting tale of risk and obsession set in the alluring world of Macau’s casinos, by the author of the critically acclaimed The Forgiven.

As night falls on Macau and the neon signs that line the rain-slick streets come alive, Doyle – “Lord Doyle” to his fellow players – descends into his casino of choice to try his luck at the baccarat tables that are the anchor of his current existence. A corrupt English lawyer who has escaped prosecution by fleeing to the East, Doyle spends his nights drinking and gambling and his days sleeping off his excesses, continually haunted by his past. Taking refuge in a series of louche and dimly lit hotels, he watches his fortune rise and fall as the cards decide his fate.

In a moment of crisis he meets Dao-Ming, an enigmatic Chinese woman who appears to be a denizen of the casinos just like himself, and seems to offer him salvation in the form of both money and love. But as Doyle attempts to make a rare and true connection, all that he accepts as reality seems to be slipping from his grasp.

Resonant of classics by Dostoevsky and Graham Greene, The Ballad of a Small Player is a timeless tale steeped in eerie suspense and rich atmosphere. 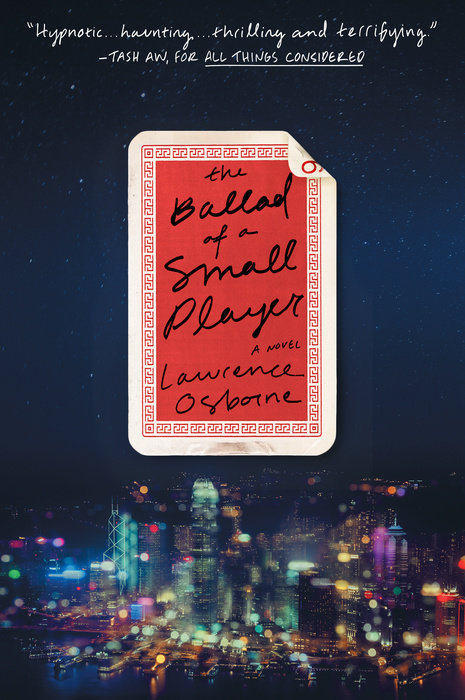