William Todd Rose reinvents the zombie story with a thrilling novella of a post-apocalyptic America where saviors are heroes . . . and heroes are killers.

A fatal virus—a biowarfare experiment unleashed on an unsuspecting world—has reduced the once-mighty United States to a smattering of tribes dueling for survival in the lawless wilderness. The disease-free folk known as Settlers barricade themselves in small villages, determined to keep out the highly contagious Spewers—infected humans who cannot die from the virus but spread the seeds of death from the festering blisters that cover their bodies.

Tanner Kline is a trained Sweeper, sworn to exterminate Spewers roaming the no-man’s-land surrounding his frightened community. As all Settlers do, Tanner dismisses them as little more than savages—until he meets his match in Spewer protector Lila. But when hunter and hunted clash, their bloody tango ignites a firestorm of fear and hatred. Now, no one is safe from the juggernaut of terror that rages unchecked, and the fate of humanity hangs on questions with no answers: Who’s right, who’s wrong . . . and who’s going to care if everyone’s dead?

“With strong echoes of Richard Matheson’s I Am Legend, William Todd Rose’s Apocalyptic Organ Grinder delivers on all fronts. The action is brutal and the blurring of man and monster intelligently and inventively handled. Rose has written a smart thriller with a ton of heart.”—Joe McKinney, Bram Stoker Award–winning author of The Savage Dead and Inheritance

“Dark, and definitely not fluffy . . . a no-holds-barred look at what may happen in the future.”—Mrs. Condit & Friends Read Books

An excerpt from Apocalyptic Organ Grinder

Once upon a time, in a kingdom called the United States, there lived an evil wizard who thought he was good. He lived in the middle of a vast desert and spent most of his days seeking guidance from a book of stories. One of his favorite tales in this book told of a time when the kingdoms of Earth would be overrun by the wicked. During this time, sickness and death would hang over the world and herald the coming of a great hero. The hero, it was said, would vanquish evil and lead His people into a land far, far away where they would live happily ever after.
The wizard believed in this story so much that he wanted to do everything within his power to help the foretold events come to pass. Because he was a wizard, he was able to cast spells with his words. The frightened, the lonely, the broken, and the lost: these were the ones who most easily fell under his spell. Leaving loved ones and possessions behind, they journeyed to the desert on a sacred pilgrimage just so they could stand by his side and learn from his teachings.
It came to pass that the wizard stood before his congregation one foggy morning and announced that the great hero had come to him in a dream. The hero whispered in the wizard’s ear, sharing with him divine instructions and repeating them over and over until they had been committed to memory. So the wizard kissed his wives upon their mouths, closed the oak door on his workshop, and was only seen by his most trusted knights for nearly two cycles of the moon.
When he finally emerged, the wizard had grown a bushy beard and held aloft a vial of magic liquid. What made this liquid enchanted was that it was in fact alive. Tiny creatures, much too small to be seen, swam within the container, and the wizard told his people how these organisms were actually bits of the angel Gabriel, who would cleanse the world with his fiery sword.
The magic liquid was then transferred, a little at a time, into other containers that were called cigarette lighters. Cigarette lighters had a little button that, when pushed, would cause fire to jump out of a hole on its top. The wizard’s special cigarette lighters, however, produced no flame. Instead, there was a small tab that could easily be pulled out. Once the tab had been removed, the liquid turned to gas and seeped out through a crack in the plastic that was thinner than a human hair. The gas carried the pieces of the angel Gabriel into the air, where they could be brought into the body through breathing.
In this time, there were also giant metal birds that flew over the world. The birds would land at nests where people, like you and me, would climb into their bellies and be carried away to distant lands. And it was to these nests that the wizard and his disciples went.
Instead of allowing the metal birds to eat them, however, they stood outside the nest and watched for people who had normal cigarette lighters that had stopped working. Using a decoy lighter to produce fire, they then swapped it out for one of the Gabriel lighters and told the weary travelers to keep it as they had many, many more. So in the course of a week, bits of the angel had been sent out to every kingdom of the Earth.
And that, dear children, is where the fairy tale ends.

William Todd Rose writes dark, speculative fiction from his home in West Virginia. His short stories have been featured in numerous anthologies and magazines, and his work includes the novels Cry Havoc, The Dead & Dying, and The Seven Habits, and the novellas Apocalyptic Organ Grinder, Crossfades, and Bleedovers. For more information on the author, including links to bonus content, please visit him online. 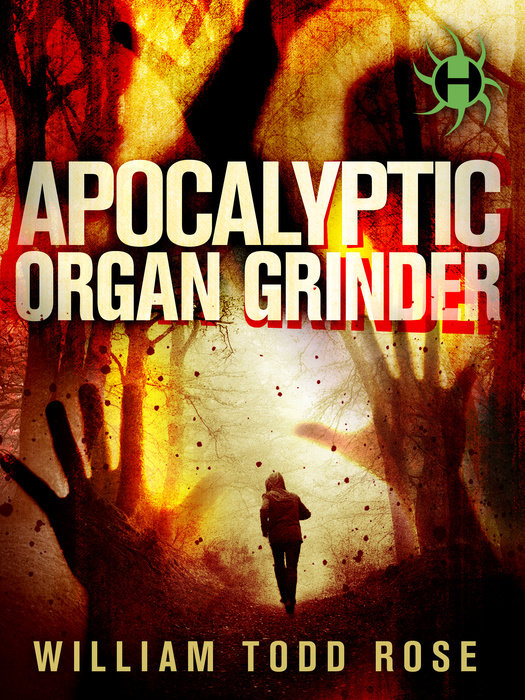