Formed as a New York City hardcore band in 1981, Beastie Boys struck an unlikely path to global hip hop superstardom. Here is their story, told for the first time in the words of the band. Adam “ADROCK” Horovitz and Michael “Mike D” Diamond offer revealing and very funny accounts of their transition from teenage punks to budding rappers; their early collaboration with Russell Simmons and Rick Rubin; the debut album that became the first hip hop record ever to hit #1, Licensed to Ill—and the album’s messy fallout as the band broke with Def Jam; their move to Los Angeles and rebirth with the genre-defying masterpiece Paul’s Boutique; their evolution as musicians and social activists over the course of the classic albums Check Your Head, Ill Communication, and Hello Nasty and the Tibetan Freedom Concert benefits conceived by the late Adam “MCA” Yauch; and more. For more than thirty years, this band has had an inescapable and indelible influence on popular culture.

With a style as distinctive and eclectic as a Beastie Boys album, Beastie Boys Book upends the typical music memoir. Alongside the band narrative you will find rare photos, original illustrations, a cookbook by chef Roy Choi, a graphic novel, a map of Beastie Boys’ New York, mixtape playlists, pieces by guest contributors, and many more surprises.

“A fascinating, generous book with portraits and detail that float by in bursts of color . . . As with [the band’s] records, the book’s structure is a lyrical three-man weave. . . . Diamond’s voice is lapidary, droll. Horovitz comes on like a borscht belt comedian, but beneath that he is urgent, incredulous, kind of vulnerable. . . . Friendship is the book’s subject as much as music, fame and New York.”—The New York Times Book Review

An excerpt from Beastie Boys Book

We all have different types of friends, right? There’s the one that’s kind of an asshole but fun to be around once in a while. Fun to get drunk and talk shit with, but you’d never actually call on them for physical or emotional help ’cause they’re just unreliable. (And kind of an asshole.) Or there’s the friend you see once in a while and it’s a nice hangout and you’re always like, “I should spend more time with that person,” but for some reason . . . you don’t. Then there’s that true friend, the one you’d be on the phone with forever. The one that helps you move, or meets you at the hospital, or has a permanent spot on their couch for you just in case you ever need it. Those type of friends are rare, we all know. BUT . . . there’s an even rarer friend: the one that gets you motivated. The one that not only gets themselves going and doing great things but says: we should all get together and do this. And then does it. Adam Yauch was that type of friend. A once-in-a-lifetime type of friend. The friend that makes it happen. The friend that inspires you to go big.

We all see things differently. We each experience an event in our own way. This book is how Michael “Sweet Lou” Diamond and I remember what happened to us. Yauch had talked about wanting to document our band, but, sadly, without him here, me+Mike are gonna have to do it alone. I say “sadly,” well . . . because of the obvious. Adam passed away in 2012. But it’s additionally sad because, if any of the three of us saw things with a unique perspective, it was Yauch. He was truly a wild card. Someone who, in my mind, was like . . . “Shit . . . I’m gonna walk to the top of the Empire State Building with cameras taped to my shoes . . . I’ll carry you up there piggyback-style . . . It’ll be funny . . . let’s go.” He was the rare person who actually does all the crazy things they say they’re gonna do. And does them even crazier than you’d imagine. For instance . . .

Yauch got into snowboarding in the late ’80s. He met some other people that were into it and would go snowboarding with them. But not like how a regular person would do it. He met someone who knew someone in Alaska, and this person in Alaska would fly them to the top of an un-snowboarded-on mountain in a helicopter . . . they’d jump out of the helicopter, with their snowboards attached, and head down the mountain. That’s a crazy thing to even dare yourself to think of, let alone say you’re gonna do. Or do. Or have done.

The first time we went to Australia was in 1992. To me, Australia was a foreign land. Not only had I never been there, I don’t think I had ever met anyone who was Australian. What happens there? I had no idea. The flight took, like, sixteen hours. And when we arrived, we went through customs and all that stuff, got outside, exhausted from the flight, and a little nervous aboutbeing in a new place so far away from home. I just wanted to get to either a bed or a cup of coffee. As we left baggage claim and headed out to find a taxi, Yauch tells us that he met someone on the flight, and that they had some friends who were all meeting up to go snowboarding somewhere hours and hours (of more traveling) away. And since our first show wasn’t for a couple days, he was gonna cut out and hang out with these people for a bit, and see us all at sound check before the show. Wait . . . WHAT!?! At that point in my life I liked to think of myself as a spontaneous kind of person, but this was a little too next-level. I just did not understand this behavior.

Yauch wanted to see the world. So he did. He went to India and looked around. Saw things, met people. While on one of his trips there, he got in touch with the plight of the people of Tibet. He was so moved by their culture and what they had endured, and continue to endure, he came back home and wanted—needed—to let people who didn’t know know. So he put together a big concert. Not just a show, but a fucking massive benefit concert in Golden Gate Park in San Francisco. And that was just the start. He ended up having a bunch of these shows all over the world. Huge concerts in baseball stadiums. With huge bands like U2. Yeah, he could get in the door (and on the snowboard helicopter in Alaska) because he was famous, but not many people can rally so many others to work for free. Especially for some “weirdo” cause like nonviolence. Passion and compassion. Yauch had ’em. 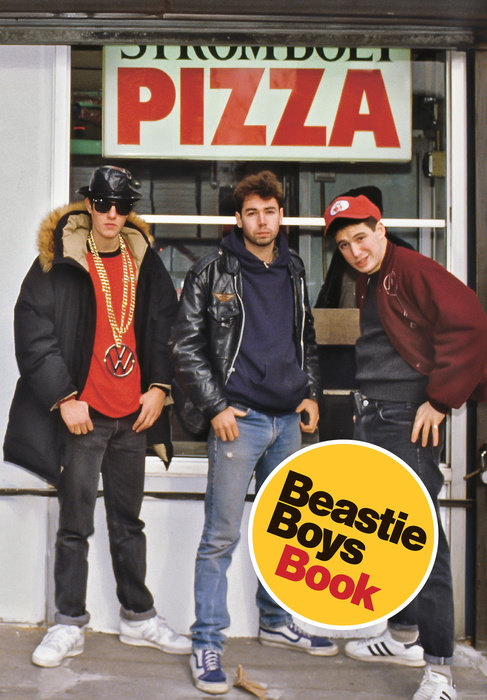