EVERYTHING YOU’VE ALWAYS WANTED by Mick Garris
It was supposed to be the night of his life: a celebration of his one hit slasher flick. But the price of admission is higher than this has-been filmmaker ever could have imagined.

THE ONE AND ONLY by J. Kenner
When he was seven, Will Underwood’s nanny told him she had the Sight. Years later, a broken heart sends him to New Orleans . . . but it’s fate that leads him to Madame Darkling’s Voodoo Emporium.

THE LAND OF SUNSHINE by Kealan Patrick Burke
Although she was mute long before the affair that nearly wrecked their marriage, her silence has tortured her husband ever since. Now he will seek out what he has lost—or be driven mad by remorse.

MECHANICAL GRATITUDE by Del James
Arnold loves his ’68 Camaro almost as much as he loves his wife, and he’s willing to do anything to protect them both—especially after hearing strange noises coming from his garage.

THE PLAYHOUSE by Bentley Little
A real-estate agent is drawn into a children’s playhouse behind an abandoned property she’s trying to sell—and finds herself strangely reluctant to leave.

“Freeman and Chizmar’s fifth horror anthology runs the gamut from throwback horror to lyrical and heartbreaking tales. . . . This collection will satisfy.”—Publishers Weekly

“A horror fan’s dream . . . As with the rest of the series, fans of the genre should not hesitate to pick this one up.”—Examiner

“You can discover new authors and rediscover old ones, and that’s always a good thing in my book. Recommended for fans of short story collections!”—Char’s Horror Corner

It had been a long time since I’d flown first class, and I must admit that I’d missed it. But here I was, winging across a vast, arid, flyover America, bound for the bustling metropolis that was Indianapolis, wondering which came first in the English lexicon: metropolis or Indianapolis. Surely the former. I’d have to remember to Google it when I was back within Internet range.

I had never been to Indianapolis before, and for that matter, don’t think I know anyone who has. Is there a reason to visit there? Other than as a special guest at the annual MonsterThon convention, of course, which was the crown of thorns I wore this particular moribund weekend. Leaving L.A. before the landlord came sniffing around for his filthy lucre was always a good idea, and to have travel and accommodations paid for—and in first class, no less!—by a third party put the emphasis on the party.

Some time ago, I had made a little independent film, one that maybe even you have heard of (let me virtually buff my fingernails on my shirt and let them gleam in the sin of pride). Taxed was one of those exceedingly rare little horror thrillers that could have happened only before the end of the twentieth century: It cost about $400,000, was filmed with an unknown cast in Florida, got picked up and released on five hundred screens by New Century Millennial, and somehow earned a box-office gross of more than $12 million (well, that’s $12 million that New Century Millennial would admit to, so I’d bet you could add at least fifty percent and be closer to the actual gross).
Taxed was crude, I’ll admit it, but that worked for the story, which was a hillbilly horror tale of rural cannibals who excelled at human taxidermy, and it owed huge debts to Tobe Hooper, Alfred Hitchcock, and Wes Craven (the movie, not the cannibals, though I suppose they did, too). But I think it was the Shakespeare references that I had injected—and expounded on in every interview—that gave it an air of respectability in the mainstream press.

Of course, the horror genre, particularly at that time, has always been a gutter in the eyes of the tastemakers in America. But if you can bandy about Lady Macbeth and Rosencrantz and Guildenstern as well as Dalí and Gaudí, and at least have a passing knowledge of a cultural past, the pretenders of critical mass will take in your bullshit and look for Deeper Meaning and embrace your little cinematic masterpiece and give it attention. The Taxed reviews weren’t all good, but the fact that it was taken seriously enough to review at all was quite an accomplishment, so our audience went beyond the bloodthirsty gorehound Fangoria subscribers and the multiplex subbasement and into the arthouse sensibility as well. We had that rare crossover horror hit. Well, if you can call twelve million bucks a hit, and New Century Millennial did, repeatedly.

It did even better on video.

Of course, that was a nonunion film, ergo, though I wrote and directed this masterpiece, it was before I joined the Writers and Directors Guilds, so the distributors did not share any of that pie with me. No residuals, no profits, no guts, no glory. Well, maybe a little bit of the latter two, but not so much. Not until now, anyway, at the MonsterThon salute to the twenty-fifth anniversary of Taxed in the teeming cosmopolis of Indianapolis: a city better flown over than visited, I was soon to learn.

But Indianapolis was still a couple hours away as I stared down at the grids of lackluster brown ranch land between cities below me. I sipped a Dewar’s as the ice clanked against my new crown, sending a jolt of freezer burn up into my jaw. My iPad had run out of juice, so I had to flip through the airline magazine to pass the time. I’d hoped the drinks would knock me out, but I just can’t sleep on a plane. Hell, I can’t sleep in a bed most of the time.

So I was stuck in 3C, next to an enormous guy in a Sears salesman’s suit with a deviated septum and sleep apnea, snorting like a water buffalo as he jolted in and out of sleep with each trumpeting, phlegmatic blap, trying to find entertainment in a publication that is all about cramming the space between the ads with inoffensive filler.

The cabin suddenly filled with an acrid aroma, and I looked around to see that two-ton Willy Loman had wet himself in his sleep.

All I could do was sit back, hold my breath, and take stock of what had brought me here.

Taxed was a big success, and it did open a lot of doors for me. I was the flavor of the month, which was pretty exciting for a twenty-five-year-old filmmaker from the wrong coast of Florida. The film had been embraced and toasted, and doors were flung wide in welcome to me at all the studios and agencies. I pitched and schmoozed and partied and did all the things you’re supposed to do, and it worked. I signed with CAA, directed an episode of Tales from the Crypt, and made my first Hollywood studio deal with Joel Silver, which was a horror story in itself.
J. Kenner is the New York Times bestselling author of Release Me, Claim Me, Complete Me, Wanted, Heated, Ignited, Say My Name, On My Knees, Under My Skin, Dirtiest Secret, Hottest Mess, Sweetest Taboo, and the novellas Take Me, Have Me, Play My Game, Seduce Me, Unwrap Me, and Deepest Kiss. She spent more than ten years as a litigator in Southern California and Central Texas, using her rare free time to indulge in her passion of writing. She lives in Texas with her husband and daughters.

Bentley Little is the author of numerous novels, short stories, articles, essays, and reviews. After earning a BA in communications and an MA in English, Little sold his soul and abandoned all artistic integrity, working for eight years as a bureaucrat for a midsized city in Orange County, California. His first novel, The Revelation, won the 1990 Horror Writers Association Bram Stoker Award for best first novel. 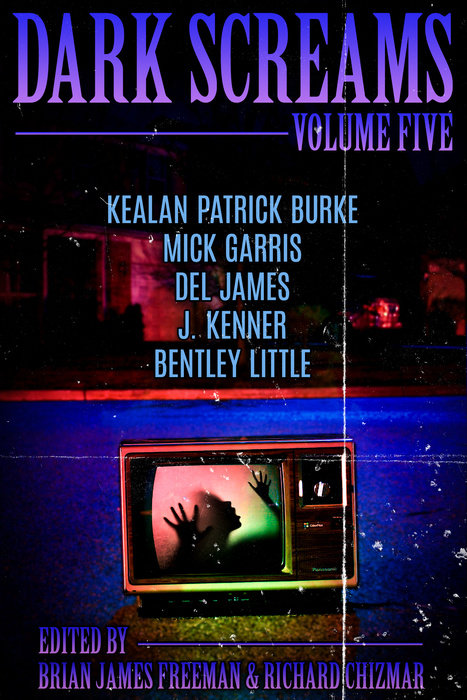