Perfect for fans of M. C. Beaton or Susan Wittig Albert, the Potting Shed Mystery series from bestselling author Marty Wingate heads to Scotland as Pru Parke plans her wedding . . . all while a vengeful murderer is poised to strike again.

After her romantic idyll with the debonair Detective Chief Inspector Christopher Pearse culminates in a marriage proposal, Pru Parke sets about arranging their nuptials while diving into a short-term gig at the Royal Botanic Garden Edinburgh. At hand is the authentication of a journal purportedly penned by eighteenth-century botanist and explorer Archibald Menzies. Compared to the chaos of wedding planning, studying the journal is an agreeable task . . . that is, until a search for a missing cat leads to the discovery of a dead body: One of Pru’s colleagues has been conked on the head with a rock and dumped from a bridge into the Water of Leith.

Pru can’t help wondering if the murder has something to do with the Menzies diary. Is the killer covering up a forgery? Among the police’s many suspects are a fallen aristocrat turned furniture maker, Pru’s overly solicitous assistant, even Pru herself. Now, in the midst of sheer torture by the likes of flamboyant wedding dress designers and eccentric church organists, Pru must also uncover the work of a sly murderer—unless this bride wants to walk down the aisle in handcuffs.

Praise for Between a Rock and a Hard Place

“Pru Parke is one of my favorite cozy mystery heroines.”—Michelle’s Romantic Tangle

“If you enjoy cozies and gardening this is a great series for you.”—Babs Book Bistro

“Between a Rock and a Hard Place is a really fun read with a really good murder mystery. Plus there’s a catnap, a great ending, and a wedding! Who doesn’t love a wedding?”—Jane Reads

“The story will keep you captivated and intrigued right to the last page.”—Shelley’s Book Case

“Between a Rock and a Hard Place, the Potting Shed mysteries as a whole . . . and, okay, anything written by Marty Wingate are on my list of favorites. And I’m leaving space on that shelf for her next novels.”—Back Porchervations

An excerpt from Between a Rock and a Hard Place

Three boys in school uniforms, their ties askew now at the end of the day, edged their way over the imaginary line drawn on the pavement by the police constable. “Stay there,” the PC had said only minutes before as he pointed to an invisible spot on the ground. “Don’t come any closer to the bridge.” The boys, none of them more than ten years old, did as they were told.

It was a stone bridge only ten feet above the Water of Leith— not the Forth Road Bridge that connected Edinburgh to the north of Scotland—but it wasn’t the bridge that concerned the PC, it was the soaked corpse that the boys had pulled out of the shallow water.

The PC watched as Detective Sergeant Tamsin Duncan climbed the steps up from the bank below, all the while furiously chewing on her piece of nicotine gum. The gray stones of the bridge matched the bleak sky—a dreich day, he had said to his sergeant when they arrived on the scene, and she had nodded in return.

The boys had stumbled upon the man’s body lying facedown in the water. The ambulance workers, first on the scene, had given way to police forensic specialists. The boys now jostled for a closer look and hoped to claim credit for the discovery. They’d not stopped asking questions since the police arrived.

“Wheesht!” the PC hissed at them.

The boys did as they were told and fell silent, except for the littlest one who was bold enough to complain, “You sound like my granny.”

“It’s your granny we’re waiting for,” Duncan said, “so that she can take you all home.”

Across the road, an older woman sat stiffly upright on a stone bench, cup of tea in hand. “That isn’t their granny, is it?” Duncan asked the PC.

“No, that woman is the one who came across the body first, actually, but the boys were just after her. Someone helped her ring us, and a neighbor gave her tea, and she’s been waiting for us since. She was quite shaken at first, kept saying she was looking for something she lost. As soon as we arrived, we diverted the rest of the schoolchildren, made them walk up to Saxe Coburg and down Hamilton Place.” His eyes shifted back to the body. “How does it look?”

“Head trauma—we’ll take a close look at the steps—could be he slipped. That’s all we have at the moment—so, we’d better get to it.”

The boys had started to squirm again. “Right now, lads,” the PC said, “it’s ice creams for you if you can hold still until your granny arrives.”

Dear Ms. Parke,
On behalf of the board, I would like to extend to you an invitation to talk with us at your earliest opportunity about the post of head gardener at Damson Hill Manor Farm House Gardens. Your knowledge of garden history in the UK, and particularly your recent work in Sussex on the Humphry Repton landscape, as well as your deep interest, expressed to us last year, in the Arts & Crafts movement and William Morris’s influence on garden design in the Cotswolds, lead us to believe you would be ideal for this post.

Dear Ms. Parke,
On behalf of the garden committee, I would like to invite you to talk with us concerning the post of head gardener of Halstead House. Last year, you shared with us your ideas for incorporating both Saxon and Viking elements in the garden to echo Suffolk’s ancient history. I write to say that we would appreciate discussing this aspect of the garden further, knowing that your qualifications and ideas would be most suitable to our long-range goals for the estate.

We hope that your future endeavours will include Halstead House. Please ring us on (0334) 679112 at your earliest convenience.

Pru watched Christopher watch the boats. He stood at one of the tall windows, steam rising from the mug of tea he held up to his face. When he noticed that she’d walked in from the bedroom, he smiled, reached down to the table for her mug, and handed it to her before slipping his arm around her waist and kissing her temple. They kept their silent vigil until the flotilla of fishing boats—looking like little windup toys from this vantage point, with puffs of white sea foam at their stern—vanished from sight over the horizon.

Just as their idyll had vanished before her eyes. Now a note of frustrated melancholy had taken the place of freedom. Six months’ leave he’d had—where had the time gone? When she’d left her head-gardener post at Primrose House, and Christopher had taken a leave from his job as detective chief inspector with London’s Metropolitan Police, the world had been theirs. Although they’d never left the shores of England, they had traveled through each other’s lives, growing accustomed to the other’s daily routines and finding new routines together. It had been the most pleasant interlude she could imagine.

They’d not been idle, but had occupied themselves with a variety of volunteer tasks, bouncing around the country as they did so. In Hastings, at the tourist office where Pru’s niece Peppy worked, they refilled racks of leaflets on topics ranging from the 1066 Norman invasion to World War II. Pru had helped with several Badger Care projects—an organization near and dear to Christopher’s heart—and worked the booth at a country fête in the Cotswolds. It was the same place that Pru and Christopher had first appeared on each other’s radar, so to speak, the year before, so the weekend was more about romance than badgers.

Christmas with the Wilsons and Pru’s brother, Simon Parke, and family. Neither Texas-born Pru nor England-born Simon had known the other existed until barely a year ago. The word “surprise” didn’t come close to their reactions—Pru in her early fifties and Simon in his mid-sixties. A freshly discovered sibling increased her family fourfold—counting her sister-in-law and two nieces. At dinner, Simon had stood, glass in hand, and said, “I don’t usually do a Christmas toast, but I want to say that we’re very happy you’re all here to celebrate with us”—he looked at Pru and Christopher—“and well . . . I give you family.” Everyone raised a glass and repeated the toast—“Family!”—except for Pru, who raised her glass but was unable to speak as tears streamed down her face.

She had arrived in England two years earlier with no actual family to speak of, but had made her own—in London, her friend Jo Howard and, by extension, Jo’s daughter, Cordelia, Dele’s partner, Lucy, and now baby Oliver. Harry and Vernona Wilson, clients in London, had moved back to their Hampshire home, Greenoak. Simon was the Wilsons’ gardener, which strengthened those ties. And there was Christopher, of course. In Sussex, she’d added Ivy Fox and son, Robbie, along with a few others. To her, they were each one family, and Pru held on to family fiercely, whether they be blood or not. 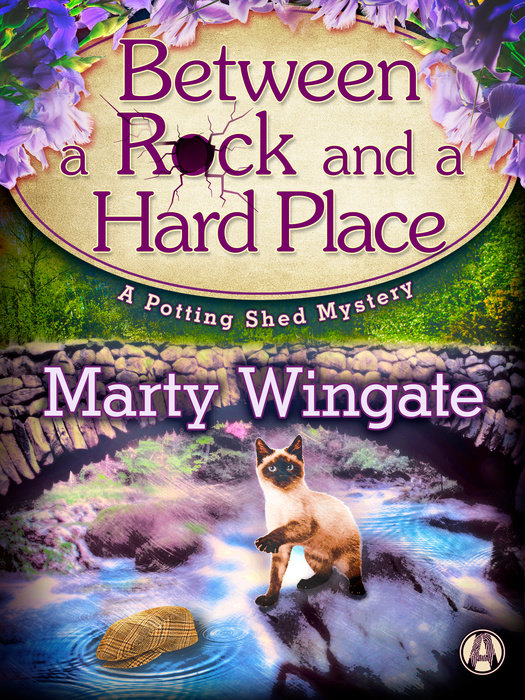