Scorned, pregnant, and facing a life without promise, Pippa Grayhawk is stunned when her father announces that they’re leaving their home in Australia to take over his estranged father’s sprawling Wyoming ranch. Drawn into bitter family rivalries and feeling like an interloper in her new home, Pippa rides out into the wilderness and meets an intriguing stranger and his pet wolf. The wolf doesn’t scare her, but she’s very much afraid to trust another man with her heart.

Devon Flynn knows all about going it alone. He lives in an isolated cabin, away from his domineering father and the scandal surrounding his family. Devon’s attraction to Pippa is intoxicating and undeniable, but when he tries to get close, she’s as wary as his once-wild wolf. Devon is willing to defy his father, and hers, to claim Pippa as his own, but winning this wounded, wonderful woman’s love might be the greatest battle of all.

“The large cast of characters adds to the allure as family secrets and past relationships come to light. Johnston’s novel is a fast-paced, warm, and truly romantic story, and readers will savor the idyllic setting of the beautiful Wyoming countryside.”—Publishers Weekly

“Ah, the feud lives on—Grayhawks versus Flynns. Life is good. Well, at least for the readers of this ongoing series by Joan Johnston. The first Bitter Creek novel of the King’s Brats series was Sinful, and it was absolutely sinfully delicious. I couldn’t wait for the next installment, and I am happy to report it was worth the wait. . . . Johnston reintroduces characters remembered fondly and continues her tale starring the members of two strong, stubborn families.”—Fresh Fiction

“[Johnston’s] fascinating, well-developed characters . . . take you into their world and keep you there until the last page. . . . I would definitely recommend Shameless to anyone who loves a good scandal with their romance.”—Harlequin Junkie (Top Pick)

An excerpt from Shameless

Pippa stared at her father with wide, horrified eyes. “Why? What’s happened?” You vowed you would never, ever go back.

Her father’s face looked grim. “I’ve come to an understanding with my father. He’s offered to give me the ranch in Wyoming where I grew up.”

Pippa knew there was no way her father would be doing this if it weren’t for her. Tim must have told some of his mates that she was pregnant, because, even though her pregnancy didn’t show, she’d been treated like a pariah by everyone in Underhill since her return. Her father had ended up thrashing someone who’d made a remark about her, which had caused him to spend a night in jail. He’d said it didn’t matter, that the lout had deserved what he’d gotten.

A few days later, she’d been bombarded with rotten fruit by a couple of teenage boys when she’d come out of the grocer’s shop. Her defiance had wilted as she swiped at the gooey stuff on her plaid shirt and brushed foul-­smelling muck off her jeans. She was sure if her father could find the culprits, he’d wreak havoc again. And end up in jail again.

There was no help for it. She was going to have to leave Underhill. She’d just been waiting for the morning sickness to pass so she could find a job somewhere in Darwin—­and for the right moment to tell her father that she was going.

And then he’d made his grand announcement.

“You don’t have to uproot your life and Nathan’s because of me,” she said. “I can leave Underhill on my own.”

“I have my own reasons for returning home,” he replied.

He cocked a brow. “My reasons are my business.”

Pippa was pretty sure his only reason for returning to a place he’d hoped never to see again was to spare her any more pain. “Daddy, please. You don’t have to do this.”

That conversation had taken place a mere three weeks ago. She and Nathan and their father were now settled in a suite of rooms at her grandfather’s ranch in Jackson Hole, where Pippa found herself in a situation that was fraught with every bit as much tension as she’d faced back home in Underhill.

Her father had neglected to mention that the ranch house at Kingdom Come was already occupied by her grandfather and his four youngest daughters. Or that King Grayhawk was the richest man in Wyoming. Or that the ranch house, built more than a hundred and fifty years ago, had been expanded and modernized into a home so fantastic it had been featured in several magazines.

More to the point, there had been no joyous homecoming, no delighted welcome for the prodigal son. King Grayhawk’s four grown daughters had greeted the invaders with silence and glares.

Her father’s half-­sisters, Taylor, Victoria, and Eve, and their half-­sister, Leah, bitterly resented her father for laying claim to a ranch that was still their home. Pippa had been appalled when she learned the terms of the “deal” her father had made with King. All he had to do was live for one year—­three hundred and sixty-­five days—­at Kingdom Come, and the ranch was his. Her father hadn’t helped matters when he’d ordered the four girls to find another place to live before the year was out, telling them bluntly, “Once the ranch is mine, you’re no longer welcome.”

No wonder King’s daughters hated them!

To say that Pippa felt like an interloper was the understatement of the century. Entering the kitchen for breakfast was like walking into a war zone. The early-­morning nausea—­from a pregnancy she was determined to keep a secret for as long as she could—­didn’t help matters. Pippa had decided that eating late at night, when she was less likely to run into one of them, or be sickened by the sight of food, made a lot more sense.

Pippa was peering into the open refrigerator, trying to find something on the shelves that looked appetizing, when she heard a chair scrape behind her. She lifted her head over the edge of the door and discovered the twins, Taylor and Victoria, both wearing pajamas and robes, perched on stools at the breakfast bar.

Her aunts weren’t identical twins. Taylor, tall and full-­figured, was take-­your-­breath-­away beautiful. Victoria had the same blond hair and blue eyes, but she was more lithe and merely pretty in comparison with her sister. Right now, both girls had a glint in their sapphire eyes that boded no good for her.

“I guess she thinks she’s too good to eat with the rest of us,” Victoria said to her sister.

Pippa ignored her, turning back to look at the leftovers in the refrigerator. But her appetite was gone, and her stomach was churning.

I will not be sick. I will not give them the satisfaction. And I will not run away. This is my home now, too.

But Pippa could understand their antagonism. She wouldn’t have wanted a bunch of strangers making themselves at home at her family’s cattle station in Underhill, either. That is, if she still had a home there. The station had been sold. There was no going back.

She chose a plastic bowl containing leftover fried chicken, closed the refrigerator door, and turned to confront the two young women, swallowing down the bile spilling into the back of her throat. “I wasn’t hungry earlier. I am now.”

She set the container on the counter and opened the cupboard, looking for the saltine crackers that usually settled her stomach. They weren’t there.

“If you’re looking for those Australian crackers you brought with you, they’re gone,” Taylor said. “We had tomato soup for lunch today—­which you also missed—­and ate the last of them.”

Pippa didn’t so much mind sharing the last of her Arnott’s Salada biscuits—­an Australian version of American saltine crackers—­but the smug look on Taylor’s face, and her vindictive tone of voice, rubbed her the wrong way. She felt her stomach heave and realized she was in no condition to start a fight. She needed a cracker now, or she was going to embarrass herself by throwing up. But the kitchen was huge, and she had no idea where everything was kept.

“Since you’ve eaten the last of my crackers,” she said, swallowing hard to keep her stomach from losing its contents, “perhaps you can tell me where you keep yours.”

Victoria threw out an arm and said, “In the cupboard, of course.”

Through gritted teeth, Pippa asked, “Which one?”

Pippa whirled and teetered dizzily, grabbing the counter to steady herself.

Her father took one look at her, scowled at the two women seated at the bar, and said, “I asked a question.”

Pippa didn’t want to be the cause of any more dissension between her father and his sisters than already existed. “I’m looking for some saltines,” she said. “Victoria was going to point me in the right direction.” She met Victoria’s gaze with a lifted brow that suggested discretion in this situation was the better part of valor.

Victoria ignored the suggestion, rising to confront Pippa’s father. “Well, Matt, it’s like this. Taylor and I were wondering why your precious daughter can’t be bothered to eat with the rest of us.”

It felt odd to hear her father called by his first name. Unfortunately, the attempt at familiarity did nothing to soften her father’s response.

“When or where or how or what my daughter chooses to eat is none of your damned business,” he retorted.

Pippa had one hand over her mouth and the other hand over her unsettled stomach. She wanted to run from the room, but it felt too much like giving up and giving in. She’d promised herself she would never let anyone ride roughshod over her again. She had to stand her ground.

Her father must have divined her problem, because he started opening cupboards and slamming them closed until he found a box of saltines. He yanked it out and pulled it open, tearing into a sleeve of crackers so it spilled across the counter.

Pippa grabbed for a saltine and began chewing, her back to the two young women, letting the salt and soda crackers do their work. She was focused on keeping her stomach from erupting, but she could hear her father arguing with his sisters.

“As far as I can see, you two have been living high on the hog here with no responsibility for anyone or anything. You’re twenty-­eight. You should be out doing something with your lives. On March 31st of next year, Kingdom Come will be mine. Find yourselves another place to live, because I have other plans for this ranch.”

Her father ignored the question. “And if I see you bothering Pippa again, you’ll find yourselves out in the cold a lot sooner than that.”

“You can’t kick us out!” Taylor shot back. 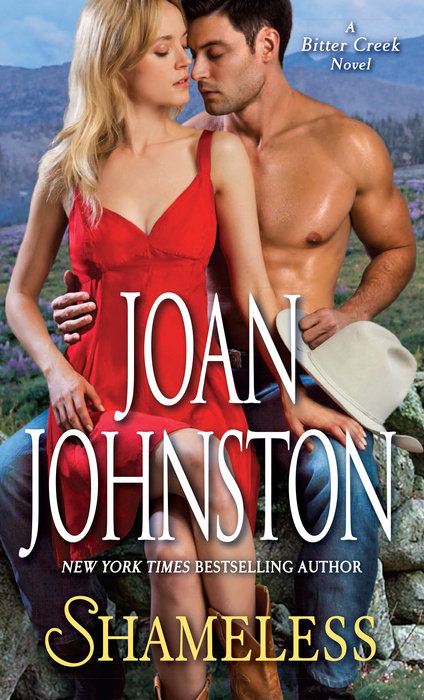