#1 NEW YORK TIMES BESTSELLER • The extraordinary true story of four men who take the law into their own hands.

This is the story of four young boys. Four lifelong friends. Intelligent, fun-loving, wise beyond their years, they are inseparable. Their potential is unlimited, but they are content to live within the closed world of New York City’s Hell’s Kitchen. And to play as many pranks as they can on the denizens of the street. They never get caught. And they know they never will.

Until one disastrous summer afternoon.

On that day, what begins as a harmless scheme goes horrible wrong. And the four find themselves facing a year’s imprisonment in the Wilkinson Home for Boys. The oldest of them is fifteen, the youngest twelve. What happens to them over the course of that year—brutal beatings, unimaginable humiliation—will change their lives forever.

Years later, one has become a lawyer. One a reporter. And two have grown up to be murderers, professional hit men. For all of them, the pain and fear of Wilkinson still rages within. Only one thing can erase it.

To exact it, they will twist the legal system. Commandeer the courtroom for their agenda. Use the wiles they observed on the streets, the violence they learned at Wilkinson.

If they get caught this time, they only have one thing left to lose: their lives.

“Undeniably powerful, an enormously affecting and intensely human story . . . Sleepers is a thriller, to be sure, but it is equally a wistful hymn to another age.”—The Washington Post Book World

“A powerful book, hard to forget . . . Carcaterra is an excellent writer, changing pace here and there but never letting the reader go. . . . Sensitive, humorous, and harrowing, featuring dialogue with perfect pitch.”—The Denver Post

“A terrifying account of brutality and retribution, searing in its emotional truth, peopled with murderers, sadists, and thugs, but biblical in its passion and scope.”—People

An excerpt from Sleepers

LABOR DAY WEEKEND always signaled the annual go-cart race across the streets of Hell’s Kitchen, the mid-Manhattan neighborhood where I was born in 1954 and lived until 1969.

Preparations for the race began during the last two weeks of August, when my three best friends and I would hide away inside our basement clubhouse, in a far corner of a run-down 49th Street tenement, constructing, painting, and naming our racer, which we put together from lifted lumber and stolen parts. A dozen carts and their teams were scheduled to assemble early on Labor Day morning at the corner of 50th Street and Tenth Avenue, each looking to collect the $15 first-prize money that would be presented to the winner by a local loan shark.

In keeping with Hell’s Kitchen traditions, the race was run without rules.

It never lasted more than twenty minutes and covered four side streets and two avenues, coming to a finish on the 12th Avenue end of the West Side Highway. Each go-cart had a four-man team attached, one inside and three out. The three pushed for as long and as hard as they could, fighting off the hand swipes and blade swings of the opponents who came close. The pushing stopped at the top of the 50th Street hill, leaving the rest of the race to the driver. Winners and losers crossed the finish clothesline scraped and bloody, go-carts often in pieces, driver’s hands burned by ropes. Few of us wore gloves or helmets, and there was never money for knee or elbow pads. We kept full plastic water bottles tied to the sides of our carts, the fastest way to cool off hot feet and burning wheels.

The runt of the litter among my team, I always drove.

John was eleven years old, a dark-haired, dark-eyed charmer with an Irishman’s knack for the verbal hit-and-run. His clear baby face was marred by a six-inch scar above his right eye and a smaller, half-moon scar below the chin line, both the results of playground falls and homemade stitches. John always seemed to be on the verge of a smile and was the first among my friends to bring in the latest joke off the street. He was a poor student but an avid reader, a mediocre athlete with a penchant for remembering the batting and fielding statistics of even the most obscure ballplayers. He loved Marx Brothers and Abbott and Costello movies and went to any western that played the neighborhood circuit. If the mood hit him the right way, John would prowl the streets of Hell’s Kitchen talking and walking as if he were Ralph Kramden from The Honeymooners, proclaiming “Hiya, pal,” to all the neighborhood vendors. Sometimes, in return for his performance, we would each be given free pieces of fruit. He was born with a small hole in his heart that required regular doses of a medication his mother often could not afford to buy. The illness, coupled with a frail frame, left him with a palpable air of vulnerability.

Tommy Marcano, also eleven, was John’s physical opposite. He had his Irish mother’s carrot-colored hair and his father’s ruddy, southern Italian complexion. Short and flabby around the waist and thighs, Tommy loved sports, action movies, Marvel comics, and adventure novels. Above all else, Tommy loved to eat—meatball heroes, buttered rolls, hard cherry candy barrels. He collected and traded baseball cards, storing each year’s set in team order inside a half-dozen Kinney shoeboxes sealed with rubber bands. He had a natural aptitude for math and built model ships and planes out of raw wood with skill and patience. He had a sensitive nature and a feel for the underdog, always cheering on teams and athletes that were destined to lose. He was quick to laugh and needed prodding to loosen the grip on his temper. A botched surgical procedure when he was an infant forced him occasionally to wear a pad and brace around his right leg. On those days Tommy chose to wear a black eye patch and tie a red handkerchief around his head.

Michael Sullivan, at twelve the oldest of my friends, was quietly hammering nails into a sawed-down Dr. Brown’s soda crate.

The best student among us, Michael was a smooth blend of book smarts and street savvy. His Black Irish eyes bore holes through their targets, but his manner was softened by a wide, expansive smile. He kept his thick, dark hair short on the sides and long on top. He was never without a piece of gum in his mouth and read all the tabloids of the day, the only one among us to move beyond the sports pages to the front page. He was also never without a book, usually a rumpled paperback shoved inside the rear pocket of his jeans. Where we still favored the tales of Alexandre Dumas, Jack London, and Robert Louis Stevenson, Michael had graduated to the darker domain of Edgar Allan Poe and the chivalry and romance of Sir Walter Scott. He initiated most of our pranks and had a Cutting sense of humor that was doused with a wise man’s instinct for fair play. He was our unofficial leader, a position he valued but never flaunted and one that required him to care for and maintain our collection of Classics Illustrated comics.

“We need a better name this year,” I said. “Somethin’ that sticks in people’s heads.”

“Seaweed woulda been more like it,” Michael said. That was his subtle way of reminding us that we hadn’t done so well in the previous race, finishing next to last.

“Let’s name it after the Count of Monte Cristo,” John said.

“Nah,” I said, shaking my head. “Let’s name it after one of the Musketeers.”

“Which one?” Tommy asked.

“To start with, he’s not a made Musketeer,” Michael said. “He just hangs with them.”

“And he’s only cool ’cause he’s got three other guys with him all the time,” Tommy said to me. “Just like you. Alone, we’re talkin’ dead man. Just like you. Besides, we’ll be the only ones with a French guy’s name on the side of our cart.”

“That oughta be good enough to get our ass kicked by somebody,” Michael observed.

“Wolf Larsen’s my hero,” Tommy said. “You don’t see me bustin’ balls about gettin’ his name on the cart.”

“Wolf Larsen from The Sea Wolf?” I asked. “That’s your hero?”

“The guy’s a total scumbag.” Michael was incredulous. “He treats people like shit.”

“Come onnn, he ain’t got a choice,” Tommy insisted. “Look at who he deals with.”

“Scumbag or not,” Michael said. “Wolf’s name would look better on the cart.”

“They’ll think we named the friggin’ cart after our dog,” John muttered.

“Okay, it’s settled,” I told everybody. “We name the cart Wolf. I think it’ll bring us luck.”

“We may lose this race,” Michael announced. “But we ain’t gonna lose it to Russell.”

“We always look to block him at the end,” Michael said. “That’s our mistake.”

“He stays away till then,” Tommy said.

“Maybe,” Michael said. “But this time we go and get him outta the race early. With him out, nobody comes near beatin’ us.”

“Right after Tony Lungs drops the flag,” Michael said. “Near the hill.”

“I always worry when you say that,” I said.

“Relax,” Tommy said, putting the final paint strokes on the wood. “What could happen?” 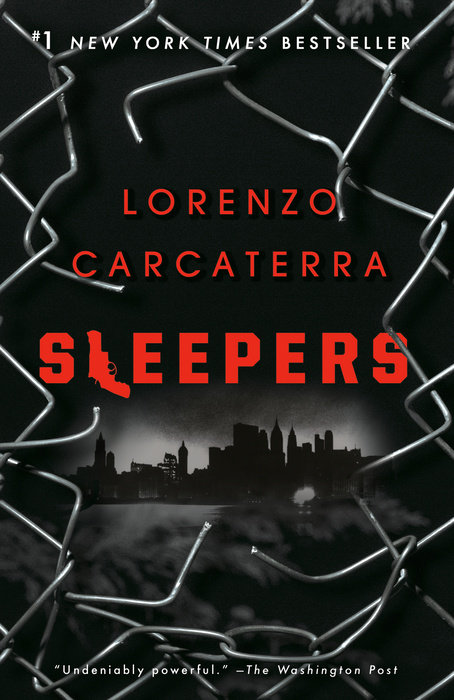