From the #1 New York Times bestselling author of Sleepers and The Wolf, hailed as “simply the best” (Steve Berry) and “one of the most intriguing writers around” (Newsweek). . . .

A top NYPD detective is pulled out of retirement to take down a notorious drug dealer. But will he risk the only family he’s ever had to crack the case?

As one of the NYPD’s most trusted “tin badges”—retired detectives brought in to solve cases that are beyond the reach of the everyday force—Tank Rizzo has faced off against some of the city’s toughest criminals without breaking a sweat. To tackle a case involving a dangerous kingpin known as Gonzo, Tank turns to his best friend and ex-partner, Pearl; a former mobster living out a seemingly quiet retirement as the owner of Tank’s favorite Italian restaurant; and a team of expert misfits he would trust with his life. But Gonzo will stop at nothing to defend the empire he's built, and won't hesitate to make it personal.

Then Tank gets a call telling him that his brother and sister-in-law, estranged from him for many years, have been killed in a horrific car accident. Tank is the only family left for his orphaned teenage nephew, Chris, although he knows his lifestyle is ill-suited to win him father of the year.

Chris moves in with Tank, and the two circle each other warily. It’s only when Chris reveals an interest in true crime and a genius-level skill with computers that they begin to bond. Chris’s skills may be exactly what Tank’s team needs to take Gonzo down—but getting him involved could put his life at risk.

“Carcaterra capably combines his trademark adrenaline-fueled action with the emotion involved in Tank taking on a parental role for a sometimes surly teen. All this needs, after a cliff-hanger close, is a sequel, and, fortunately, one is promised.” —Booklist

“Another gem from a writer who has earned his spot at the top echelon of suspense masters . . . Everything here leaps from the page, never stinting on the harsh reality, delivering a spicy, smart, and entertaining adventure.”—Steve Berry, New York Times bestselling author of the Cotton Malone series

An excerpt from Tin Badges

I hate last days of pretty much anything you can think of—­from vacations to the end of baseball season to the final time I’ll be able to share a laugh with someone I love. Some last days you can prepare for, knowing there will be the start of another cycle waiting with the flicker of a few months off the calendar. And then there are those days that hit hard enough to send the strongest of us cowering for cover.

That’s what my last working day as a New York City Police Department first-­grade detective was like for me. Going in, it never entered my mind my career would end before my shift was through. But I imagine no one ever knows when it’s their last day of doing anything. Especially not in my line of work.

The day began with my usual routine—­a two-­hour workout, a cold shower, and two double espressos sipped slowly while I scanned the morning tabloids and overnight police reports. By and large I am a creature of my habits, good ones for the most part, though now and then I’ll slip and spend more than I should on a great bottle of wine or play a few more hands of poker despite knowing the cold streak I had been running all night was never destined to warm up.

By 8:00 a.m., I sat on the front steps of my Greenwich Village brownstone, waiting for my partner, Frank “Pearl” Monroe, to drive up. The early-­morning sun warmed my face, and it was already starting to feel like one of those New York City August days when the heat-­and-­humidity combo clouded your vision and made you long for a bitter blast of winter.

By the way, in the event you’re wondering how a gold-­shield NYPD salary is enough to land a guy a Greenwich Village brownstone, let me set you straight—­it isn’t. Not even close to it. My cop salary wouldn’t cover the monthly expenses. In my case, you can chalk it up to a little bit of luck and a father with a nose for real estate.

“When you go looking for a house,” my dad would tell anyone within earshot, “always move toward the cheapest home in the best neighborhood. That’s how you end up with a winner.”

My father worked as a lugger down at the old 14th Street meat market. He had been a boxer in his younger days, rising up as far as the number-­three contender for the middleweight title. A broken right hand and a damaged left eardrum forced him to give up any dreams of being a champion. So instead he got up each morning at 2:00 a.m., regardless of weather, put on his white butcher’s smock, and walked to the meat market, which by 3:00 a.m. was lit by floodlights, truck headlights, and wood-­burning fires from rusty iron barrels as workers from more than two dozen companies loaded up freezer shipments to be delivered to restaurants throughout the city. This was decades before the area became the super-­chic neighborhood it is today, filled with high-­end boutiques, expensive restaurants, and monthly rents that make your legs buckle.

My father made good workingman’s money, some weeks clearing as much as five hundred dollars when overtime was heavy, and my mom was even better at socking it away. Back then, in the early 1980s, people like my folks could afford to buy themselves a brownstone in the Village, if they played it right, which my parents did and then some.

The brownstone is a four-­story walk-­up, and for twenty years my aunt Nancy and uncle Aldo rented the top two floors while me, my brother, Jack, and my folks lived in the bottom two. The mortgage got knocked off years ago, and today I still live in those same bottom two floors and rent out the top ones to a retired shoemaker and his wife, still working part-­time at a local bakery. I charge them what they can afford. I’d much rather have quiet and steady neighbors than ones with deeper pockets and friends always in need of a place to crash.

The brownstone has been my home for as long as I can remember, and I imagine it will be until my final days.

My partner, Pearl, pulled up to the curb, his late-­model fire-­red Mustang as shiny as his shaved head. He had a wide smile on his handsome face, Sam Cooke’s smooth, sweet voice belting out through the four speakers. I moved from the stoop and slid into the front seat, and before I had my seatbelt latched Pearl had the Mustang gliding halfway down the street. “We still a go?” I asked.

“Checked in with my guy before the sun came up,” Pearl said. “If there’s a deal going down, then today’s the day for it.”

“I’d still feel a lot better if we had one of our sources vouch for the guy,” I said.

“You worried about him because he’s a user?” Pearl asked.

“There’s that,” I said, nodding. “Plus, he’s looking to slice considerable time off a jolt that’s sure to land him a serious upstate stretch. Under those conditions, a guy like him will say and do anything to get that sentence reduced.”

“I ran his priors,” Pearl said, swinging the Mustang toward Sixth Avenue, heading uptown. “Every stretch he did, he did for a job on behalf of Rico’s crew.”

“Still doesn’t make him an inside guy, Pearl,” I said. “He’s never been in the room when the plans go down. He’s a runner. Ready to move when told to move.”

Sixth Avenue was its usual early-­morning slow traffic crawl, and Pearl turned to look at me.

“This ain’t the first time you and me made a move off the word of a stoolie we barely knew,” he said. “Hell, not even the twenty-­first time. So what makes this particular guy an itch you can’t seem to scratch?”

“Let’s work off of what we know,” Pearl said. “The source broke it down from first step to last. He gave us the delivery time, the number of the building and the apartment. He told us who would be in there and how much cocaine they would be cutting up. Minus us having a wire dropped behind their television, we’re not going to get a better picture of what to expect than what he gave us.”

“I’m not saying you’re wrong, Pearl. Truth is, you’re more than likely on the mark.”

“If you’re feeling shaky about it, we can hold off. We can take a step back and come at Rico from another direction another time.”

I stared out at the now-­congested streets crammed with people rushing to work. Most of them walked with earbuds solidly in place, either listening to music or getting a morning fix of gossip. “Let’s stick to the plan,” I said without turning to look away. “No better way to start a morning than to cause Rico and his boys their share of grief.”

One hour later, I was crouched down, my back against a splintered and grimy cement wall, hidden by a stairwell lodged between the third and fourth floors of a dilapidated tenement. My black short-­sleeve T-­shirt was soaked through, the sweat a cocktail of adrenaline mixed with a dose of fear.

My eyes were slow to adjust to the shadows. I could make out a series of overhead bulbs long since burned out. Blasts of television sound echoed from all sides, a strange brew of Kelly Ripa, ESPN, and Univision. The high volume easily pierced the thin wooden doors that posed as sentries to the neglected railroad apartments.

Pearl was hunched down to my right, his shaved head and base of his neck dripping wet. “Second door on your left,” he whispered, gesturing with the gun he held in his right hand. “They should be in the room just past the kitchen.”

“How many you figure are in there?”

“Eight at the minimum,” Pearl said. “That’s a best guess. I could be off by one, maybe two.”

I rested the back of my damp head against the cold wall and closed my eyes. I took in a few deep breaths, looking to control my breathing and slow down my heart rate. For any cop, the precious minutes before an anticipated shoot-­out or takedown are both exhilarating and frightening. It is during that brief interlude when thoughts of life and death mingle with images of the unknown that awaits.

Those are the moments a cop is at his most vulnerable. 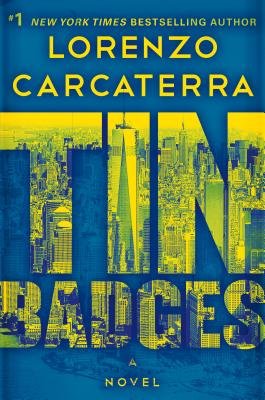