A secret in a woman’s past returns to change her life forever in this riveting novel from New York Times bestselling author Nancy Thayer. Now available for the first time as an eBook!

Ambitious, brilliant, and engaged to a wonderful guy, Kelly MacLeod feels like her dreams are coming true when she lands a prestigious appointment as a judge in the Massachusetts Family Court. A passionate advocate on behalf of children of divorce, she can at long last put her fierce intellect to good use in the courtroom.

But a chance meeting with a charismatic man forever changes Kelly’s life. Randall Madison is a successful doctor locked in a custody battle with his soon-to-be ex-wife. The two are soon swept into a passionate affair. But then Kelly realizes that a secret ties her inextricably to Randall’s case, and she finds herself torn between her moral judgment and her deepest desires.

An excerpt from Custody

AT FOUR O’CLOCK ON THE first Thursday in August, a small, elite group gathered in the waiting room of the Governor’s executive suite in the gold-domed State House in Boston, Massachusetts. Some of the most powerful and respected officials in the Commonwealth were there: the Governor, the Chief Justice of the Probate and Family Court Department, three judges, and several attorneys.

They were all there because of Kelly MacLeod.

This afternoon she would be administered the oath of office as Associate Justice of the Middlesex County Probate and Family Court.

At thirty-five, Kelly MacLeod was the youngest woman ever to become a Massachusetts judge.

And at this moment, she certainly felt young.

From the far end of the hall came the hum and rustle of nearly eight hundred people gathering for the ceremony in the state legislative chambers. Kelly’s mouth was dry. Her knees were weak. Her mind was blank.

Her fiancé, Jason, strode toward her through the crowded room. The scion of a wealthy Boston family, the son of a lawyer, a lawyer himself, Jason drew admiring looks as he passed. Now he put his hands on Kelly’s shoulders in a steadying way and said, “You look beautiful.”

Dutifully she replied, “Thank you.” The truth was, she didn’t want to look beautiful, whatever that meant. She wanted to look intelligent and dignified, and perhaps—she was six feet tall, she could achieve this—imposing.

“You’ll do fine,” he said. He planted a kiss on her hair, right next to her cheek.

Had he mussed her hair? She’d worked fiendishly to subdue it in a French twist.

Judge Colburn, Kelly’s role model and mentor for the past few years, appeared at her side. She had gray hair, solemn black eyes, a wise and wrinkled face, and an ability to read minds.

“Your hair is perfect. Everything’s perfect, Kelly. This is your day. We’re all so proud of you.”

Kelly nodded. Here it was, the moment for which she’d been striving all her adult life, and she was on the verge of blacking out.

“Deep breaths,” Judge Colburn said. “Look at me, Kelly. Deep breaths.” She demonstrated, putting her hand on her diaphragm and breathing in slowly.

“Deep breaths,” the nurse had coached Kelly. “Look at me, Kelly. Deep breaths.…”


Looking into Judge Colburn’s eyes, Kelly put her hand on her own diaphragm. She pulled sweet air into her lungs.

The sergeant-at-arms, complete with top hat and staff, approached. “Ready?”

Judge Steinberg turned to the others in the room.

They fell into line: the Governor, the judges, the attorneys, and Kelly. They walked down the majestic marble halls.

When they came to the wide center doors, the deputy clerk pounded the gavel three times. The sound reverberated through the air, hushing the crowd.

“Oyez. Oyez. Oyez. All rise,” the deputy clerk called out. “The Honorable Governor of the Commonwealth of Massachusetts, accompanied by Judge Designate Kelly MacLeod. Please rise.”

Kelly broke out in goose bumps from head to toe.

Eight hundred people stood to watch the group filing in.

The sergeant-at-arms led them in stately ceremonial step into the magnificent House Chamber. They entered through the center doors and walked single file down the aisle, over the bright blue rug with its gold fleurs-de-lis to the front of the room.

Three massive chairs of black leather and ornately carved wood waited at the dais between the flag of the United States and the flag of the Commonwealth. Governor Hamilton took a chair, the Chief Justice of the Probate and Family Court Department, Judge Steinberg, took a chair, and Kelly took one. The other judges sat in the first row, where family members would ordinarily sit.

Kelly smoothed her cream silk pants and suit jacket, aware that hundreds of people were smiling at her: friends, colleagues, former clients. It had taken her long hours into the night to compile her list and address the invitations she’d had printed. Now she was glad she’d made the effort. It was wonderful that so many people had come.

It almost made up for the fact that no one she could call family was here.

Ironic, really, since she was about to become a family court judge.

The hum of voices quieted. People settled in their seats. The room was still.

“We are gathered here today to witness our good friend Kelly MacLeod receive the oath of office as Associate Justice of the Middlesex County Probate and Family Court,” Judge Steinberg announced. “This is an honor and a charge of great magnitude. In all of the Commonwealth of Massachusetts there are only forty-nine justices in the Probate and Family Court, and they are appointed to serve until the age of seventy. We put our trust for today and for the future into the hands of our justices, and we give our trust to Kelly MacLeod with great elation.”

Kelly looked out at the audience. She spotted Professor Hammond, one of her first law professors, in his sagging tweed and bow tie. In a dress of flowered silk, Sally Beale, the woman who as a register of the probate court had taught her so much of the real work of justice. Donna Krebs, her best friend and colleague, buttoned up tight in a navy blue suit, trying to look solemn, but grinning like an idiot while tears sparkled in her eyes. Stout Fred Dunlap and lean Wallace Reed, senior partners in the firm where for seven years Kelly had had her professional home. Scattered throughout the crowd, other lawyers and clerks and secretaries. Some policemen. Some members of the Probation Department and the Family Service Clinic. She saw her fiancé, Jason, his face flushed with pride, and his mother, Eloise, sitting next to him, turning the diamonds on her fingers, looking completely bored.

There had been only one time in all her life when she had missed—when she had needed—her own mother more.

Judge Steinberg was saying, “Everyone here today knows Kelly MacLeod. We have studied with her, worked with her, built cases with her, heard her argue cases before us. We have fought with her. In many cases we have fought against her. And always, we have admired her. Perhaps we think we know her. Today we have invited three different people to tell us about the Kelly MacLeod they know.”

A plump young woman approached the podium. No one would ever have called her pretty, because all the lines of her face were too extreme: her jaw protruded in a triangular wedge, her enormous nose featured nostrils that were larger than her small black eyes, and her tight bush of black hair could not conceal her elephantine ears. But she carried her head high, and though her hands trembled as she lifted the pages of her speech, her eyes burned with pride as she looked out at the crowd—and as she looked at Kelly, they softened with love.

“My name is Bettina Florez,” the woman said. “I first met Kelly MacLeod twelve years ago through the Big Sister program. She was just beginning her first year of law school, she was living in a two-bedroom apartment in Somerville with three other women, and she drove a fifteen-year-old Chevy with one hundred and sixty-five thousand miles on it. I do believe that car was in the shop more than it was on the road.”

Bettina smiled then, and the audience smiled with her, for her smile was a lovely sight.

“Kelly was working weekends and nights as well as attending law school, but she always found a way to spend time with me at least two days a week, and she never once canceled a date. I was fifteen years old then, living in Roxbury with my mother and my three brothers and sisters. I was smart, but I was starting to do drugs, mostly just to have a crowd to hang with. I was never a very popular girl, and I was very lonely. I think it’s fair to say that I also wasn’t the most charming of children.”

Kelly smiled to herself, thinking, That’s an understatement. For their first few months together, Bettina either refused to talk or muttered profanities. 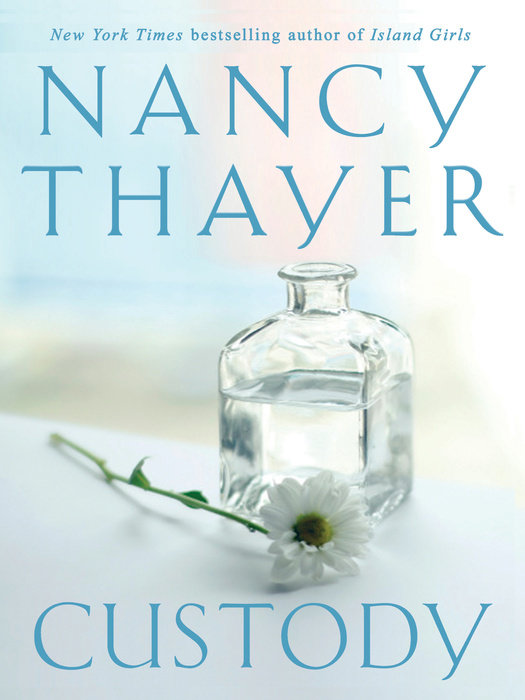