Now available for the first time as an eBook, this luminescent novel by New York Times bestselling author Nancy Thayer enthralls with a story of difficult choices, complicated loves, and hard-won triumphs.

At the age of forty-six, Daphne Miller is a first-time homeowner, a divorced college administrator whose daughter has moved in with her father. On a dirt road in the green mountains of southern Vermont, Daphne has at last found a home of her own. It may be tiny, but the rustic cottage is hers, and she’s determined to make it perfect.

Just down the lane, Jack Hamilton and his young family move in. The newly appointed English professor Jack has long dreamed of teaching at his prestigious alma mater, but his wife Carey Ann is terribly unhappy in rural New England. As Daphne takes Carey Ann under her wing, Jack suppresses his growing attraction for his new neighbor and the two become friends. But for Daphne, this increasingly complex friendship brings back the painful memories of a previous betrayal. Now at an unexpected crossroads, Daphne must let go of the woman she has become—and reach out for the woman she longs to be.

An excerpt from My Dearest Friend

Hudson’s Brown Volvo took the last curve in the rutted Vermont dirt road, and within a few yards the public road narrowed to a private lane overgrown with sumac, grasses, laurel bushes, and maple saplings. The little trees, their trunks as slender and silver as flutes, shivered as the car passed among them. The dirt lane ended abruptly in front of a clapboard cottage that had once been painted white but that had become with age so streaked with dirt and weathered and peeled that it was now at an interesting tortoiseshell stage.

Hudson stopped the car, turned off the engine. For a moment the silence was complete. The cottage stood before them, its every flaw blazing at them through the clarity of the fine early-September day. It was shabby, asymmetrical, crooked, humble. Never grand, it had been worn down by age.

This is it?” Hudson asked.

“This is it!” Daphne answered enthusiastically, and got out of the car. “A small thing, but mine own.”

Hudson still sat in the car.

“Hudson, you are such a stick!” Daphne said to him calmly. She walked around to the other side of the car and stuck her head in the window. “It’s better inside. It’s really cute.”

She yanked the door open and Hudson reluctantly unfolded himself from the car. Daphne watched, and a helpless smile of pleasure spread across her face. Really, Hudson was such a thoroughbred, with his very long lean limbs, and he looked so fine in his clothes, that pink oxford-cloth button-down shirt with the sleeves rolled up, khakis, leather loafers on his long skinny feet. Daphne was wearing rubber thongs and a wraparound strapless sundress she had made from some flowered material she had found on sale for eighty-nine cents at Zayre’s. She didn’t dare think about the responsibility she’d given to the three little black snaps that were holding the dress on her body.

“Come on inside,” Daphne said, taking Hudson’s arm. Now, this was a different thing: Hudson looked great, so skinny, elegant in his clothes, but she hated the feeling of his thinness, it worried her. His arm felt skeletal to her hand, too frail to bear all its burdens. Instinctively she pulled him against her affectionately.

“Do you know, this is the first house I have ever owned? Forty-six years old, and a homeowner for the very first time.” She caught Hudson’s glance. “Well, of course you could say I owned a house when I was married to Joe. My name was on the deed, but I never really owned it. Joe owned it.” She felt the bitterness, like a sleeping snake inside her—always such a quick thing, always on the alert!—ready to uncoil and strike, releasing its poison throughout her body. She shook her head, she kept walking, she pulled Hudson to the first concrete step that led to the front door. “But this is mine,” she said triumphantly, and the snake lay back down. “It might have taken me a long time, it might not be a mansion, but it’s mine.”

After all the years of their friendship, Daphne could read Hudson’s mind. Just at this instant, as his courteous hand reached out to open the door for her, his fastidious mind was thinking with dismay: The screen door is made from aluminum instead of wood.

“The floors are all hardwood!” she cried, offsetting his silent criticism. “Look, aren’t they beautiful? Now, Hudson, you have at least to agree that the floors are beautiful.”

Hudson walked through the house. It didn’t take long. The front door opened into the living room, without even a pretense of an entrance hall. The living room was generously proportioned, with a large flagstone fireplace in the middle of one wall, and two windows on either side of the fireplace, giving views of the seedy grass and deep forest that ranged at the side of the house. Immediately to the right was a door leading into a bedroom, and Hudson circled the house through the bedroom, into the bathroom, which (he shuddered) had been tiled in pink plastic and papered with swans playing with bubbles, out the other side to the kitchen, which was spacious and bright (but had metal cabinets). From the kitchen he peeked in at what seemed to be an afterthought built on as a back bedroom, and at a small concrete-floored shed with a disconcerting step down to it, and at a stairway hidden behind another door.

“That leads to the attic,” Daphne told him. “It’s the best room in the house. Really. Go on up and see.”

The stairway was narrow, the only railing a thick twisted rope attached to the wall. But the attic room was charming, because of its slanted ceiling and the windows, one at either end of the room, which were oval and paned with diamond-shaped glass set in lead.

“It will be hell getting furniture and boxes up there,” Daphne said. “I might use the little back bedroom as a storage room and make this attic the guest bedroom. I’d like to sleep up here some nights—to see how the moonlight falls through those panes.”

“Where will Cynthia sleep?” Hudson asked.

“I don’t know, really,” Daphne said. “Up here when she comes to visit, I suppose. I’m not counting on having her here permanently again.” The snake struck. Bitter pain shot through her stomach on its way to her heart. She counterattacked by digging her nails into the flesh of her hand. She hurried down the stairs, thinking: Action. Movement. That’s how you deal with the pain. You just keep moving right on over it. That way you still have the pain, but sometimes you get somewhere.

They were back in the living room. Now Hudson could take a long look at the oak floors, which had been sanded and polished until they gleamed like bronzed satin.

“Good floors,” he said. “Where will you put the piano?”

“I’ve sold the grand,” she said, moving away from him, keeping her back to him. “But that’s fine! I’ve found a darling old baby grand. Not a Steinway, but . . .”

Hudson was looking at her. She could feel his eyes on her back. “I’ve always told you, if you needed money—”

“I know. And I’m grateful. But this isn’t an emergency, Hudson. This is just life. Come on, come out back. There’s a place for a garden there, and a sweet little stream running just inside the woods.”

They went out through the door leading off the kitchen. The backyard was largely taken up by a garden fenced off by chicken wire. Orange marigolds and multicolored zinnias bobbed along the edges; discouraged potato plants and obstinate zucchini grew among the weedy rows.

“The chicken wire’s ugly, I know,” Daphne said. “But the former owners, the Wests, say it’s absolutely necessary out here. Otherwise raccoons, skunks, even deer get in and eat the entire garden. Well, they couldn’t do much this year. They’re old and ill. But next year I plan to plant the entire area. And look over there—raspberries! The Wests said they’re called ‘ever-bearing’ and they bloom from June into September. Here, Hudson, taste!”

Daphne came to the bushes before Hudson and, squatting down, reached in through the thick green leaves and pulled off several fat ripe beaded red raspberries. She stood up, picked the best berry, and put it in Hudson’s mouth. Her fingers touched his soft lips, his white teeth. He bit down and she felt the gentle tug of his mouth as she pulled the green hull back. She stood, the sun hot on her back, the unruly grass tickling her bare legs, Hudson looking at her through his wire-rimmed glasses, his brown eyes huge through the distorting lens. She crushed the green hull between her two fingers and turned away. It was possible Hudson loved her. It was certain that he wanted her. But he was married, to a woman who had a chronically bad back, and he was of New England Puritan stock; he could not leave that wife, and he could not betray her by sleeping with Daphne. Though they had wanted to for many years now. Well, perhaps it was for the best: they certainly had stayed good friends. And Daphne had had David. In a way. For a while.

“Delicious,” he said, at the same time she said, turning away from him and the sensations he caused inside her, “Let’s go unload the car!”

“This is a nice kitchen, isn’t it?” Daphne said.

The floor was brick-red tile-patterned linoleum, the walls colonial blue, the metal cabinets and appliances all old-fashioned white.

“It’s patriotic, at least,” Hudson said. He walked off into the living room, came back to stand just inside the kitchen door. “Daphne, I can’t see you living here. It’s so isolated. It’s so much of a change.”

“Well, my dearest friend,” Daphne said, “there’s not much I can do about change, is there? I mean, change seems to be the order of the day for me recently. We’ve been over this all, Hudson. I had no choice, what choice was there, some dreadful rented box of an apartment? Besides, with Cynthia leaving, I had to do something special. Something different. You know that.” 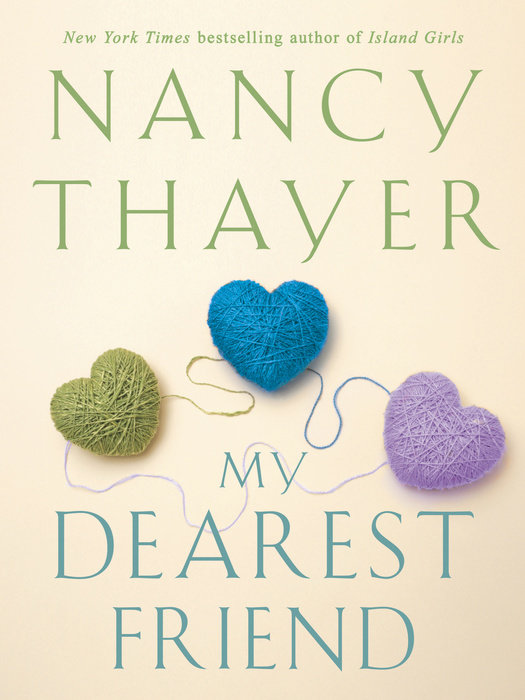