Now available for the first time as an eBook, this spellbinding novel by New York Times bestselling author Nancy Thayer tells the fascinating story of a beautiful and successful woman who appears to have it all—but gives it all up to find real happiness.

As the host of the successful television show Fabulous Homes, Joanna Jones travels the country showcasing the glamorous homes of the rich and famous. Pouring every ounce of herself into her demanding, rewarding work, Joanna is living her dream. Despite great professional success and an intense, passionate relationship, she still feels something is missing.

When an unexpected pregnancy forces her to reevaluate her life, Joanna decides to leave behind frenetic Manhattan. Beckoning her to the gorgeous island of Nantucket is an old sea captain’s house set above the Atlantic Ocean. There, entranced by the aroma of the sea air and roses, Joanna builds a new life for her small family. But New York isn’t done with her yet. Handsome television executive Jake Corcoran appears at her front door, eager for her attentions and enticing her back to the city. Torn between the past and the future, Joanna must decide what it is that truly makes a house into a home.

An excerpt from Belonging

The television screen showed a family and their guest at ease in a luxuriant garden. The man wore white flannels and held on his lap, recumbent in the curve of his arm, his curlyhaired daughter, fresh as peppermint in a pink sundress. Leaning toward them in indolent possession, a pregnant woman clad in a floral smock reclined on a white wicker chaise, her hand with its glinting diamonds draped complacently against her abdomen.

The other woman wore a crisp silk suit of a green so pale it was nearly white. She was not pregnant, and she wore no rings.

She spoke: “Until next time, this is Joanna Jones with Fabulous Homes.”

Joanna Jones smiled, tilting her head slowly so that her blond hair slid rippling against her shoulder, catching the sun. The camera moved steadily back, opening up the scene to focus on the house. Massive and stony as a castle, it was softened by trellises of roses and window boxes spilling with flowers. In the open door a black Lab and a white cat sat side by side in a shower of sun.

Theme music sparkled in. The credits began to roll.


Joanna flicked the remote control and the scene vanished. She was glad. She’d taped this Tennessee segment just last month, and now, watching the final version from her office in the CVN building on Third Avenue, she was surprised to find that this particular home stirred her emotions just as it had during her interview and tour. Joanna did not usually lust for possessions or envy others their lives, but the pretty little curly-haired girl and her smug pregnant mother made her feel oddly lonely and filled her with an unsettling, powerful longing.

Secretly she chided herself: she should feel exhilarated. She should feel smug. She’d completed another show for next year’s series. This one was slotted for next March. It would be a welcome spot of fresh air and flowery bloom right when her audience would be most desperate, most receptive, most eager for spring to come. It would cheer everyone.

“That’s it!” she announced to the two men watching with her.

Jake Corcoran was vice-president in charge of network programming for CVN; a benevolent dictator, his opinions were famous in the cable television business for being precocious, brilliant, and trend-setting. Jake had been the first to endorse Joanna’s show, and she had not let him down.

Jake was right; this show was really good. Her shows kept getting better and better. The fan mail proved it, as did the caliber of guests who opened their homes to her. And before all that, before the airing of the produced shows and the response of the audience, before the praise of her employers and the compliments from her colleagues, before she even saw the first videotapes on the monitor, she knew as she was planning and writing and hosting the shows that they were so good, so substantial, so meaty, that they were no longer merely entertaining. They were significant. They were worthwhile.

The essential focus of Joanna Jones’ Fabulous Homes was not on the celebrity of the owners or the costliness of the statues in the garden or the prestige of the architect or interior decorator. The homes Joanna profiled were not museums of fabulously expensive, fragile, and unusable antiques. In FH houses there were cookie crumbs on the counters, silk shirts flung on the chaise longues, dog hair under the sofas, and opened novels lying on the sunroom floors. The air was electric, ringing with calls down the stairwell and doors slamming shut and bathwater bubbling and little boys wrestling and maids muttering over their caviar ceviche. Joanna Jones’ Fabulous Homes were lived in by families, and although they were families of notable people—writers, painters, movie directors, actors, corporate leaders, statesmen, professors—the emphasis was not on the fame or wealth, but on the family life.

Joanna had a talent for discovering homes full of movement, contentment, beauty, and warmth, and a gift for graciously displaying those homes and their families in the richest, most generous light.

If, during the past two years as she produced and presented her show, she came to realize that this knack was like that of a starving person sniffing out a bakery, or a cold person locating heat, she ignored that old news, shrugging it off as irrelevant. She was a practical woman. She could not change the past, only the future.

Carter Amberson, who coproduced the show, remarked, “We thought it was quite a coup to get the senator’s permission.”

“It was,” Jake agreed, adding, “Joanna’s reputation is pure gold.”

A whisper of tension rang in the room then like the reverberation of a struck gong. From the beginning, Carter had been scrupulously careful to see that Joanna got full credit for her achievements; now that Fabulous Homes was two years old and successful, he no longer had to be vigilant on her behalf, but rather on his.

Carter was one of the network’s producers, working behind the scenes, handling a complicated spectrum of tasks. He was responsible for the dry work of contracts and logistics, but provided necessary conceptual advice on both the taping and the postproduction editing. The crucial procurement of in-house production financing and advertising hookups was also in his charge. He had to be creative and analytical; he had to deal with small print and with giant egos. He could do it all; and he did do it all beautifully.

But Jake was not willing to give Carter any praise these days, and Joanna was always putting herself into the position of peacemaker between these two men, both of whom she loved in complicated ways.

Joanna’s heart stirred with pity. The Jake Corcoran she’d grown to admire and even to worship during her tenure at CVN had always been a vigorous, dynamic man, an industry giant, capable of flashing lightning bolts when angry or engendering joy with his great, heart-lifting smile.

But now the blaze in his dark eyes was nearly extinguished, and premature silver swirled among his black curls, and his hand-tailored suits hung loosely over what had once been a robust, even burly, torso. Emily, his wife of twenty-five years, had recently died, a wretched death, of liver cancer. Joanna, like some of the others in the network family, was not certain Jake would survive the loss, but Joanna believed firmly that if anything would save him, work would, and for that reason alone she’d asked him to sit in on this viewing before the three went their separate ways during August. She wanted him to remember how much she valued his opinion and needed his counsel. She wished there were more she could do to ease his burden of grief.

“Where are you spending your vacation, Jake?” Joanna asked.

“Adirondacks. My son’s fiancée’s family has a house up there. Mark and I will do some trout fishing, some sailing, some hiking.” He smiled at Joanna with affection. “I’ll be fine.”

In response, Joanna stepped forward and embraced Jake, wrapping him in a tight hug in an instinctive, irresistible act of affection and consolation.

She’d never been this bold before, although Jake was a natural toucher. He crunched his staff in his great bear hugs during celebrations and ruffled hair and patted backs. Joanna considered Jake patriarchal, or avuncular, but suddenly as she stood holding her great, heart-bruised boss, she realized that he had never fit into any tidy category—nor did her emotions, which stunned her now with their inappropriateness.

She and Jake were almost of equal height; he was five feet nine inches of muscular male; she was five eight, and large-boned though slender. As her body pressed Jake’s, Joanna experienced a rush of pleasure at the feel and smell and warmth of this powerful, emotional man. She didn’t want to let him go, and she was at once so startled and so ashamed that she nearly shoved him away.

She stepped back. “Take care of yourself, boss.”

Jake’s eyes were kind. He didn’t notice her confusion. “You, too, kid.”

She never minded Jake calling her “kid.” He was ten years older than she, but eons more experienced at the cable television game, and he had always given her excellent advice; he had always been on her side. Her ally. Her mentor. Her trusted and esteemed friend, a rare thing in this competitive business.

Looking past her, Jake said, “Carter, I hope you and your family have a great time in Europe.” He held out his hand.

For a split second Carter hesitated, and his icy blue eyes sparked. Then he stepped forward and shook Jake’s hand. Jake was after all his superior at the network, and Carter was, above all else, self-protective. What a force field those two created, Joanna thought, looking at them. Jake was massive and dark and emotionally open; Carter was nearly beautiful in a cold, blond, aristocratic way, and tense and guarded. It was possible that Jake guessed that Carter and Joanna were lovers; if he did, he was bound to disapprove.

“Thanks. We will,” Carter replied. “We’re flying to France tonight. Blair and I honeymooned in Paris. We’re sending Chip to his grandmother’s after the tour and spending a week in Paris, just the two of us, a sort of second honeymoon. Walking by the Seine at midnight, sipping champagne on the balcony of our hotel suite, strolling down the Champs-Elysées. All that mushy stuff. I’ll come home a new man.” 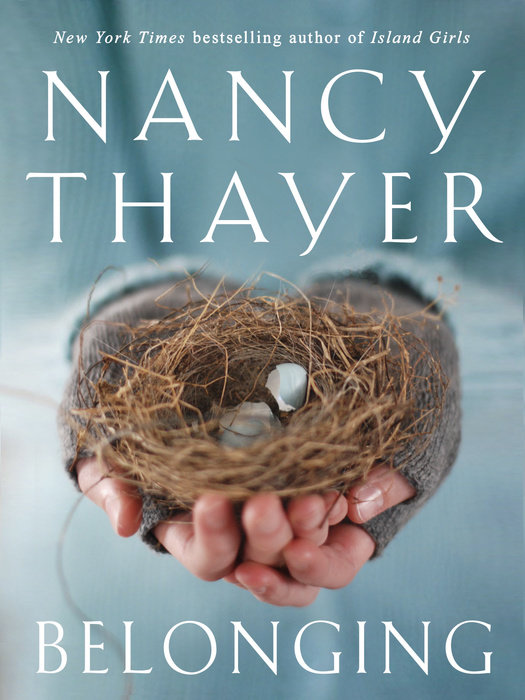