Now available for the first time as an eBook, this classic novel by New York Times bestselling author Nancy Thayer deftly and movingly explores the ebb and flow of love, fulfillment, and change for a mother and her two grown daughters.

Margaret Wallace is a woman transformed. After thirty years of marriage and living in a small Iowa town, Margaret has divorced and relocated to Vancouver. While once she was the quintessential housewife and community caregiver, she now relishes the delicious freedom of being beholden to no one but herself. Her days are spent as she chooses, her mind continually occupied and expanding. But her sudden, dramatic change mystifies her two daughters, who need her now more than ever.

Margaret’s elder daughter, Daisy, with two kids and another on the way, is content to be absorbed in the daily domestic tasks and maternal love that her children need. So when her husband demands a divorce, Daisy is devastated and adrift, stunned to find herself a single parent. Daisy’s younger sister, Dale, is freshly back from Europe, living and teaching in coastal Maine. She has suddenly, passionately fallen in love—but is terrified that the budding romance could end just as suddenly as her mother’s and sister’s have. As these three women face dramatic changes, their own relationships with each other will be challenged and reborn as they navigate uncharted waters.

An excerpt from Three Women at the Water's Edge

Daisy read what her mother, Margaret Wallace, had written:

“I am happier than I have ever been in my life. Oh, darling, of course I was very happy—ecstatic—when you were born, and when Dale was born, but that was such a tired, hot, muddled happiness. This happiness is an energetic sort, completely selfish, clear and pure. If you could see me, how I look now, and my house, this dear house with its windows full of ocean, you would understand. You should see me now, my goodness, you should—

“There, darling, I’ve just written you a check. I’m sure it will be sufficient to cover airfare from Chicago to Vancouver. You really should see Vancouver, you know, and you should get away from your babies and Paul for a while; it would do you good. Just for a few days. Perhaps, if you fly coach instead of first class, my check will cover a babysitter’s costs, so Paul can’t complain about a thing, not a thing. Would you come out? Oh, how I want to share this all with you! There is nothing like it in the world. I feel reborn. I wish I could tell you, show you, how happy I am. I am so glad to be divorced and free; and I am so much in love with my new life here in Vancouver. Yes—that’s just it—being here is like falling in love, you know that feeling one has that at last, at last, here it is, what you have been tending toward all your life, and it is all okay, everything is okay, your entire past life is justified, because it was all leading you to this place. And you can rest. You can rest, and even die, because it has been given to you, it has not been withheld, this total, complete, and completing joy. Bitterness goes away; envy, even desire goes away—except the desire for one more day of this, and then again, one more day. But bitterness falls away, and all the petty unpleasant emotions that used to prickle at one’s life, and you are pleasant to everyone, smiling at everyone, because you are here, it has been given to you, you have found it, you are content. Yes, like falling in love, those first dazed and grateful days.”

Paul too said he had fallen in love, and now look how he was, not pleasant, not smiling, not content. No. He was cranky and mean and depressed and confused. She was terrified that Paul would leave her.

Daisy sat up in bed suddenly, meaning to go off to get herself a drink of water. But the movement of pulling herself up into a sitting position made her head spin. She lay back down. She was three months pregnant and still nauseous. It was two o’clock; her rest time. Danny, four years old, was at nursery school until three; Jenny, her two-year-old daughter, was taking a nap in her small pink-and-white bedroom. Daisy had perhaps an hour to lie with her feet up, indulging herself in the luxury of silence. Then Jenny would awake and Danny would come home and they would need walks and snacks and a referee for fights and dinner and bath and a story.

And Paul would be home, roughhousing on the floor with the children, eating his dinner like a cowed slave, never meeting Daisy’s eyes. He would pace restlessly about the house, and finally, he would burst out of the house with a desperate, transparent excuse: “I have to mail a letter,” “I’m out of shaving cream,” “I want to buy a copy of Newsweek.” He would escape to some pay phone, Daisy knew, to call Monica. He would come home sometimes calmer, sometimes not; sometimes he would go into the bathroom, and run water, and sit on the toilet and cry. She had opened the bathroom door once, not knowing he was in there, thinking that Danny had left the water running. And there he was, Paul, her husband, sitting fully clothed on the toilet, head in his hands, crying with love for another woman. He had flinched when she opened the door, exposing him so suddenly; he had flinched and looked up at her, his blue eyes blazing through his tears, his look so like Danny’s when he knew he was being caught at something which deserved a spanking. Guilt, regret, defiance. Damn. Falling in love.

It seemed the baby moved. Daisy put her hand on her slightly rounded stomach, longing to feel that first definite kick. Such subtle joy, a baby inside. She pulled the blue afghan up around her, and her mother’s letter, which she had put down on top of it, slid off the bed to the floor.

It was strange how happy Daisy could feel, now with the world shattering all about her, when she was here, quiet and warm in bed, alone with her third gentle quiet child, so subdued and tantalizing there inside her. It was a true sensual pleasure just to put her feet up. She could feel a release of pressure at the back of her knees, and a firm hard resting where her calves and buttocks touched the bed. Her feet seemed to flow like a river, to glow like fire. Her shoulders and arms cramped and uncramped and the long stretch of her back touching the bed seemed to be the most real thing in her life. Relief. Support of those parts of the body which had been all day long supporting others, other bodies, other things. Sometimes Daisy put a heating pad underneath her on the bed, and the warmth spread into her flesh like soft butter on toast, and how could she not be happy? It was almost an ecstasy, it almost made the rest of the day worthwhile, when this one hour was so delicious.

But she was tired. She was always so tired.

She was not only tired, she was also fat, and she was absorbed by her children, and she was happy. She liked living the life her children demanded, centered around the bedroom and kitchen and playroom where the TV was. Now it was late September, and the weekdays were graced with a loose and lazily pleasurable routine. Daisy would lie in bed as long as she could in the morning—Paul would get up early, too early, at six-thirty, and he wanted only black coffee for breakfast, which she could make the night before and plug into the timer on the stove. He would shower, shave, dress, drink the coffee and leave for work while Daisy still lay sunk in her special early-morning dreams. Daisy would lie in bed as long as she could until the children finally woke her up. Never wanting to leave the warm ease of her bed, the small hot home she had made there under the blankets, she could often entice Danny and Jenny into the bed with her, where she would cuddle them and tell them fairy tales, or play games with them, pulling the sheet and blankets up over their heads, pretending to be caterpillars in a cocoon, or bears in a cave. It was dim and stuffy and hot and crowded under the sheets, close and satisfying. Finally everyone would get bored, though, and they would throw back the covers and leave the bed for the rest of the world. The bed when they left it would look like a shattered boat, abandoned on the bright rocks of daytime, wrecked and unappealing.

Still in her, long wide Lanz nightgown, as old and comfortable as her skin, Daisy would send Danny and Jenny in to watch TV while she fixed breakfast. She made enormous sweet first meals: pancakes with maple syrup and butter, or hot oatmeal with butter and brown sugar, or eggs and toast with butter and thick layers of raspberry jam. Daisy drank more milk than Danny and Jenny, more juice, too; after all, she was pregnant. She usually left the plates and glasses on the breakfast table, so that she could watch Captain Kangaroo with the children. 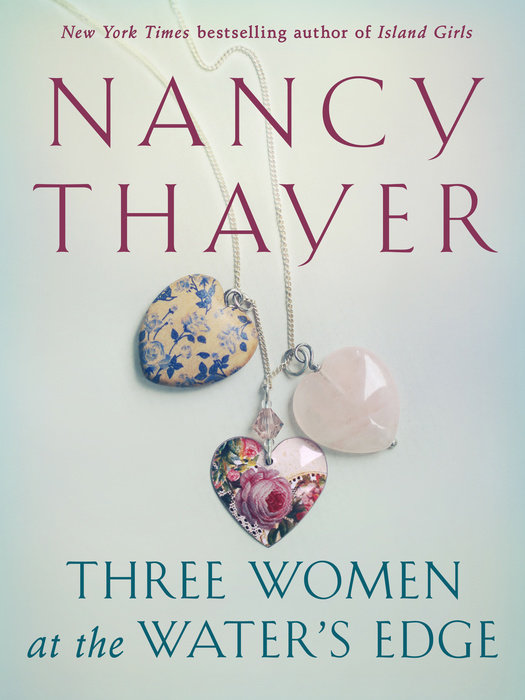