New York Times bestselling author Nancy Thayer tells the haunting story of a passionate marriage endangered by the restless spirit of a sea captain’s widow. Now available for the first time as an eBook!

John and Wilhelmina Constable uproot their lives in Boston so John can pursue his lifelong dream of becoming an artist. After settling into a beautiful Victorian home on Nantucket, John finds inspiration in the island light that illuminates his attic studio and Willy relaxes happily into the slower pace of seaside life.

Painting alone one stormy night, John is startled by the sight of a beautiful ghost. When he admits to his wife what he thinks he’s seen, Willy tries to remain rational and understanding. But all reason disappears as her husband grows steadily more obsessed with the striking, troubled specter who reveals herself only to John—and who seems determined to claim him as her own. Now Willy must draw on the strength of her love to save their marriage . . . and perhaps their lives.

An excerpt from Spirit Lost

Ghosts and vampires were knocking at the wide front door of the old stone house in Cambridge.

Willy opened the door of her friends’ house and looked out. A chilly gust of late-autumn wind flashed past her into the house, making her shiver in spite of her cashmere dress.

It was six-thirty, but pitch black already, and here, where the house was set so far back, behind other houses, the streetlight did not reach. To get here, the children had to walk a narrow stretch of driveway and brick sidewalk between two high brick mansions where ivy flapped darkly and whispered in the wind. She was surprised that the children would brave these gloomy depths, even for candy.

Anne and Mark had already turned off the porch lights, hoping to discourage any more trick-or-treaters. Earlier, their guests had all rushed into the hall, cocktails in hand, delighted by the novelty of the Halloween costumes, laughing and exclaiming and calling out clever things to the children, who looked back skeptically through their disguises, unimpressed, interested only in the loot. But now the party was established; people gathered in groups around the buffet table or the fire, engaged in their conversations, comfortable, no longer enchanted by the children.

Anne and Mark, who had spent the first hour mixing drinks and passing hors d’oeuvres, were finally settled with the group near the fire. Anne, who was six months pregnant, had just put her feet up on the antique wood box that served as a coffee table when the knocking came. Willy had signaled to her friend that she would get the door.

Now she put the boxes of Cracker Jacks that Anne had set on the hall table into the opened plastic bags held out by the ghosts and vampires. One ghost had a jacket on under his sheet, but the others were nearly shaking with the cold. Willy started to suggest they go home and get sweaters on. Then she saw a tall figure waiting out in the shadows, a parent accompanying the children, so she only smiled and said, “Happy Halloween,” before shutting the door.

“Thank you,” the children said politely, but their faces showed signs of disappointment, and it occurred to Willy to wonder as she closed the door if these children had been hoping for something more from this tall, dark, old house hidden off the street, something more exciting than a nice woman saying nice things. Perhaps she should run around the front of the stone house and jump out at the children from the bushes, shrieking, giving them a good Halloween scare? But no, the parent would probably be furious, and besides, she was cold.

She hurried back to the warmth of the living room and snuggled down on the floor close to the fire across from Anne, next to Elaine Flynn, the receptionist at the Blackstone Group. Elaine was telling a funny story about a lovely but dumb blonde who had modeled for the agency once for a kitchen-floor ad. Willy had heard the story before, and now she only vaguely listened to the conversation that had flowed on in her absence. She relaxed, letting the voices blur pleasantly into a kind of music that seemed to lilt and leap like the flames that flared and crackled along the log of applewood.

Anne and Mark’s house looked wonderful tonight. It was a vast, high-ceilinged, shadowy old Victorian, perfectly suited to parties, to Halloween. Anne had decorated it for this occasion with bright bittersweet berries and Indian corn. Fat orange candles gleamed from the jagged grinning mouths of jack-o’-lanterns, throwing shadows that danced with those from the fireplace. Willy had helped Anne carve the pumpkins earlier that day; they had salted and roasted the pumpkin seeds, then munched on them as they worked in the kitchen, preparing the buffet dinner. Later, they set bowls of seeds out for the party. A creamy pumpkin soup sat warming in a silver chafing dish in the dining room along with a huge bowl of thick, hot chili, corn bread, and a green salad.

How long would it be before she had another night like this, Willy mused, another day like this, leisurely chatting with Anne while they prepared for a party or just a dinner for the four of them, laughing, licking chocolate mousse off the beaters? Willy looked at her friend, then at the fire. Willy and John were moving away. To Nantucket. An island isolated from the mainland by thirty miles of Atlantic Ocean. Where they knew no one, had no friends. Where John would give himself over to his work.

Willy felt Anne’s gaze on her, and she turned her head to see her friend’s sympathetic smile. Anne knew how Willy felt. Of course they would have other nights like this; Nantucket was not the moon. But the everyday ease of companionship would be gone. Already the intense intimacy of friendship had been broken, by both women: Anne was pregnant and would soon be involved in her family, and Willy would go off with John. Willy did not regret these changes, yet she felt an ache of melancholy pass through her. Like all independent, self-sufficient people, once she let herself become attached to another person, she was devoted, loyal, and unswerving; she would not easily find a friend to replace Anne. But John was her husband, her first loyalty in life, and she would do anything for him.

Now Anne bent forward, leaning over the lap of a man seated next to her on the sofa. “Willy!” she whispered, and made a face, and gestured with a sharp sideways motion of her head, widening her eyes in a silent message.

Willy looked out into the hallway. John was leaning against the door into the dining room, drink in hand, grinning at the young woman who was slithering along the wall next to him, all slinky in a tight black jersey dress. Erica Hart, a young artist at the agency where John worked, had gone slightly punk tonight, her thick black hair slicked up and back and her slim body adorned with lots of clattering jewelry. She looked sensational.

Willy had never been given to easy jealousy in spite of the fact that John was more handsome a man than she was beautiful a woman. Willy went through her life with the kind of innate serenity that came, perhaps, from being an only child who had been adored by interesting, intelligent, loving parents. When those parents had died in a plane crash when she was a teenager, there was the comfort of a gentle godfather-guardian and, later, the inestimable solace of a great deal of money left to her from her family’s estate. She missed her parents, but their early love and attention had taught her to value herself, and so she quite early on became self-sufficient.

And now that she was in her early thirties, she no longer even worried about her looks; she had long ago come to grips with all that. When she was sixteen, she reached her full height, nearly six feet, and she was a big-boned girl, powerful, even Amazonian. This could have caused her a great deal of misery, but her parents and later her guardian had the sense to send her to an all-girls prep school where she spent her youth quite happily riding her horse, playing tennis, skiing and sailing and charging in a kilt across the hockey field. By the time she started college, she had learned that if she could not ever look cute or even pretty, she could certainly look handsome and elegant and regal, and she hadn’t been surprised when men fell in love with her.

She had been surprised when John fell in love with her, but only because she was so amazingly in love with him; they had both been astonished in the way that people are when something seems so absolutely right that it almost implies a pattern in the universe. They had been married for eight years now, a happy marriage that they both lived in as if in a safe and roomy house.

And now there was this move they were making, together, which had caused a renaissance of passion and commitment in their marriage.

So she couldn’t be bothered with worrying about Erica flirting with John—that would be like an airplane worrying about a gnat. It was more than Willy’s natural indolence here; it was, for the moment, a sense of complete security. 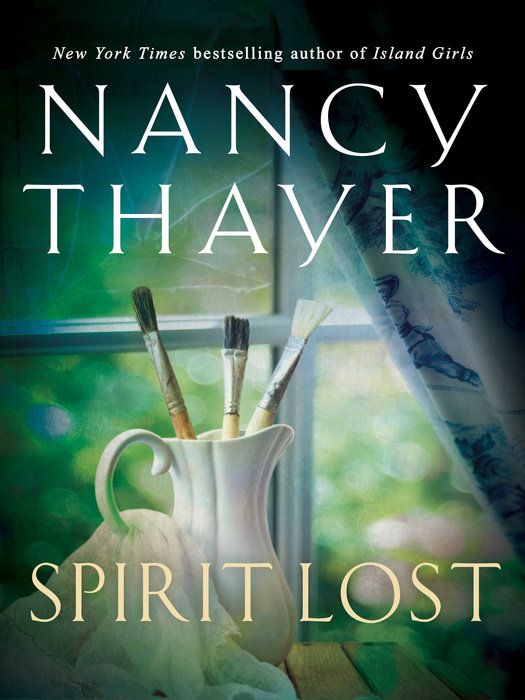