How to Transform Your Roof into a Vegetable Garden or Farm

If you’d like to grow your own food but don’t think you have the space, look up! In urban and suburban areas across the country, farms and gardens are growing atop the rooftops of residential and commercial buildings.

In this accessible guide, author Annie Novak’s passion shines as she draws on her experience as a pioneering sky-high farmer to teach best practices for raising vegetables, herbs, flowers, and trees. The book also includes interviews, expert essays, and farm and garden profiles from across the country, so you’ll find advice that works no matter where you live. Featuring the brass tacks on green roofs, container gardening, hydroponics, greenhouse growing, crop planning, pest management, harvesting tips, and more, The Rooftop Growing Guide will have you reimagining the possibilities of your own skyline.

An excerpt from The Rooftop Growing Guide

Annie Novak is the head farmer and cofounder of the nation’s first commercial green roof vegetable farm, the Eagle Street Rooftop Farm atop Broadway Stages in Brooklyn. She is the manager of the Edible Academy at the New York Botanical Garden, and founder and director of Growing Chefs, a field-to-fork food education program. She lives in New York City.

How to Transform Your Roof into a Vegetable Garden or Farm 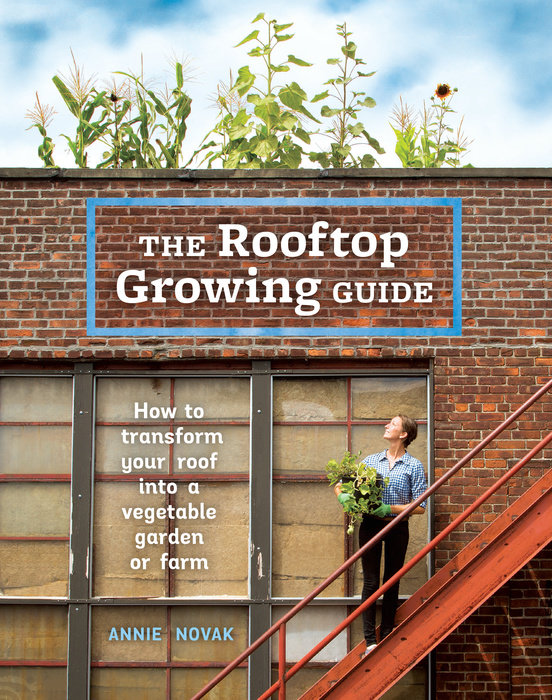