Meet Dr. Gideon Wolfe, expert criminologist of the new millenium. A professor at New York's John Jay University in the year 2023, he lives in an era that has seen plague, a global economic crash, and the 2018 assassination of President Emily Forrester. In this turbulent new world order, Wolfe's life and everything he knows are turned upside down when the widow of a murdered special-effects wizard enters his office.

The widow hands him a silver disc from her husband's safety deposit box, hoping that Wolfe's expertise in history and criminology will compel him to track down her husband's killers. The disc contains footage of President Forrester's assassination, the same video that has been broadcast countless times on TV and over the internet-with one crucial, shocking difference: This version shows that before the video was released, it was altered with sinister special effects.

This explosive discovery will lead Gideon Wolfe on an electrifying journey from a criminal underworld of New York to the jungles of Africa and on a quest to find the truth in an age when all information can be manipulated. With this novel, Carr has boldly established a new genre-future history-combining the best elements of mystery and thrillers with unique historical insight. Breathtakingly suspenseful,Killing Time unfolds as the work of a master novelist.

An excerpt from Killing Time

SOMEWHERE IN THE MITUMBA MOUNTAIN RANGE OF CENTRAL AFRICA, SEPTEMBER 2024

We leave at daylight, so I must write quickly. All reports indicate that my pursuers are now very close: the same scouts who for the last two days have reported seeing a phantom airship moving steadily down from the northeast, setting fire to the earth as it goes, now say that they have spotted the vessel near Lake Albert. My host, Chief Dugumbe, has at last given up his insistence that I allow his warriors to help me stand and fight, and instead offers an escort of fifty men to cover my escape. Although I'm grateful, I've told him that so large a group would be too conspicuous. I'll take only my good friend Mutesa, the man who first dragged my exhausted body out of this high jungle, along with two or three others armed with some of the better French and American automatic weapons. We'll make straight for the coast, where I hope to find passage to a place even more remote than these mountains.

It seems years since fate cast me among Dugumbe's tribe, though in reality it's been only nine months; but then reality has ceased to have much meaning for me. It was a desire to get that meaning back that originally made me choose this place to hide, this remote, beautiful corner of Africa that has been forever plagued by tribal wars. At the time the brutality of such conflicts seemed to me secondary to the fact that the ancient grievances fueling them had been handed down from generation to generation by word of mouth alone; I thought this a place where I might be at least marginally sure that the human behavior around me was not being manipulated by the unseen hands of those who, through mastery of the wondrous yet sinister technologies of our "information age," have obliterated the line between truth and fiction, between reality and a terrifying world in which one's eyes, ears, and heart can no longer be trusted.

There are no newspapers here, no televisions, and above all no computers, which means no damned Internet. Dugumbe forbids it all. His explanation for this stance is simple, though no less profound for its simplicity: information, he insists, is not knowledge. The lessons passed on from one's elders, taught by the wisest of them but recorded only in the mind, these, Dugumbe has always said, represent true knowledge. The media I've mentioned can only divert a man from such wisdom and enslave him to what Dugumbe calls the worst of all devils: confusion. There was a time when I—a man of the West, the possessor of not one but two doctorates—would have laughed at and disdained such beliefs; and in truth, during the time I've been here the laws and folklore of these people have come to trouble me deeply. Yet in a world stuffed full of deliberately warped information, of manufactured "truths" that have ignited conflicts far greater than Dugumbe's tribal struggles, I now find myself clinging to the core of the old king's philosophy even more tightly than he does.

There—I've just heard it. Distant but unmistakable: the thunderous rumble that heralds their approach. It'll appear out of the sky soon, that spectral ship; or perhaps it will rise up out of the waters of Lake Albert. And then the burning will begin again, particularly if Dugumbe attempts to forcefully resist the extraordinary brother and sister who command the vessel. Yes, time is running out, and I must write faster—though just what purpose my writing serves is not quite so clear. Is it for the sake of my own sanity, to reassure myself that it all truly happened? Or is it for some larger goal, perhaps the creation of a document that I can feed out over what has become my own devil, the Internet, and thereby fight fire with fire? The latter theory assumes, of course, that someone will believe me. But I can't let such doubts prevent the attempt. Someone must listen, and, even more important, someone must understand . . .

For it is the greatest truth of our age: information is not knowledge. 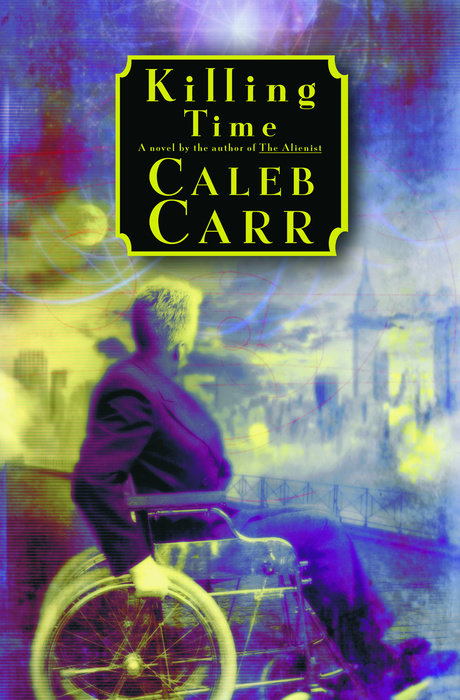