A History of Warfare Against Civilians

Military historian Caleb Carr’s groundbreaking work anticipated America’s current debates on preemptive military action against terrorist sponsor states, reorganization of the American intelligence system, and the treatment of terrorists as soldiers in supranational armies rather than as criminals. Carr’s authoritative exploration demonstrates that the practice of terrorism, employed by national armies as well as extremists since the days of ancient Rome, is ultimately self-defeating. Far from prompting submission, it stiffens enemy resolve and never leads to long-lasting success.

Controversial on its initial publication in 2002, The Lessons of Terror has been repeatedly validated by subsequent events. Carr’s analysis of individual terrorist acts, and particularly of the history of the Middle East conflict, is fundamental to a deep understanding of the roots of terrorism as well as the steps and reforms that must be taken if the continuing threat of terrorist behavior is to be met effectively today and, finally, eradicated tomorrow.

An excerpt from The Lessons of Terror

CHAPTER ONE
A CATASTROPHE, NOT A CURE

Long before the deliberate military targeting of civilians as a method of affecting the political behavior of nations and leaders came to be called terrorism, the tactic had a host of other names. From the time of the Roman republic to the late eighteenth century, for example, the phrase that was most often used was destructive war. The Romans themselves often used the phrase punitive war, although strictly speaking punitive expeditions and raids were only a part of destructive war. For while many Roman military campaigns were indeed undertaken as punishment for treachery or rebellion, other destructive actions sprang out of the simple desire to impress newly conquered peoples with the fearsome might of Rome, and thereby (or so it was hoped) undercut any support for indigenous leaders. In addition, there was a pressing need to allow the famous Roman legions, who were infamously underpaid, to plunder and rape as a reward for their almost inhuman steadiness in the heat of battle. The example of Rome incorporates nearly every possible permutation of warfare against civilians. In this as in so many things, antiquity’s greatest state provided a remarkably complete set of precedents for many later Western republics and empires.

The Romans knew only one way to fight—with relentless yet disciplined ferocity—but they eventually devised several ways to deal with the peace that ensued. The first and most successful was inclusive in nature: the peoples of conquered provinces could, if they agreed to abide by Roman authority and law, aspire to become citizens of the republic (and later the empire). Indeed, some new subjects, particularly merchants and other civic leaders, could achieve the status quite quickly. Even slaves could aspire to citizenship, for early on the Romans had devised a remarkable system of manumission, providing multiple avenues by which slaves could escape the hopelessness of unending bondage (and the tendency toward rebellion that hopelessness often breeds) by attempting to earn, buy, or be granted first freedom and then actual citizenship. Freedmen played an important part in Roman history (more than one emperor was saved by a loyal freedman); and on the whole, these complementary policies—granting citizenship to conquered peoples and offering slaves the hope of manumission—may safely be called the central foundation on which the near millennium of Roman hegemony rested.

But like so many empires and great powers that followed them, the Romans also engaged in more avaricious, less benevolent policies that many times came close to undoing all the security and stability built up by their genius. First among these was a pronounced taste for revenge against enemies who were perceived as intractable or treacherous—the most famous example of such mortal enemies being the Carthaginian empire of the late third century b.c. and its leader, Hannibal. The long years of struggle against Hannibal—whose raids and campaigns throughout Italy bred both bloodthirsty hatred and a powerful sense of vulnerability in his opponents—eventually led the Romans, when they finally did occupy Carthage more than fifty years later, to not only sack but utterly destroy the city. And although they soon built their own urban center atop the ruins, the experience gave apparent validation to an already unfortunate, even fatal, tendency in both the Roman military and its masters in the Senate.

The razing of Carthage had been that rarest of things in a nation’s experience: the utter eradication not only of the enemy’s home but of many if not most of his people as well: men,women, children, even the elderly. It was the epitome of destructive war, and the Romans not only revered the memory of it but attempted at various times to repeat it. In so doing, they planted at least a few of the seeds of their own eventual downfall: for, along with being rare, the destruction of Carthage would prove beyond replication. Yet the Roman taste for vicious destructive war that the Carthaginian experience sharpened grew stronger with each new generation, until it became powerful enough to threaten the stability that the empire’s brilliant system of citizenship and manumission had made seem so unshakable.

Throughout the remainder of its history, Rome was dominated by the tension between these two imperatives: on the one hand, the enlightened desire to be an inclusive empire built not on destructive war but on forceful economic and political expansion; and on the other, the violent compulsion—bred in the army but fed by romantic notions of war popular among all Roman citizens—to be a chauvinistic, plundering state that simply took whatever it wanted from whoever had it. Rome’s metamorphosis into an empire just before the birth of Christ tilted the scales alarmingly but inevitably in favor of the second of these two conceptions, despite the efforts of several perspicacious emperors to prevent such a shift. For, with the eclipse of the Senate as the critical arm of government, the numerous political factions vying for control of the state and balancing each other’s ambitions gave way to a very limited number of imperial factions; and when power was being contested by just a few people who were neither elected nor answerable to the citizenry, the army became the single most important force in the maintenance of power. And it was the army that had always looked to destructive war, first, as a means with which to set grim examples for politically rebellious subjects, second, to avenge any defeats and betrayals it sustained, and lastly, as a way to augment the comparatively meager pay that soldiers received and sate their appetites during campaigning.

It is not surprising, then, that Rome’s imperial centuries were characterized not only by more severe versions of the types of warfare against civilians that had been a hallmark of military activity during the republic, but by new and astoundingly savage—as well as often gratuitous—destructive tactics. It has, of course, been argued (not least by the Romans themselves) that the empire was fighting barbarian tribes, and that its forces needed to adopt the tactics of their enemies if they hoped to succeed. (Similar arguments have often been employed by various individuals and groups during the contemporary war against terrorism.) But quite apart from the fact that the Romans were fighting not only barbarian tribes but established, civilized societies such as the Jewish communities located throughout what we now call the Middle East, Roman leaders had already had ample time and experience to learn the speciousness of this reasoning. In the first place, punitive and destructive war against the nonwarrior members of any group that was not Roman (“barbarian” tribe or no) only led to the creation of generations of anti-Roman sentiment within that group. Then, too, Rome was rarely at war with entire tribes so much as with those charismatic leaders that occasionally surfaced to lead their peoples in rebellion—peoples who, again, had often been made restive by Roman crulety.

In other words, we can detect in the example of Rome the most essential truth about warfare against civilians: that when waged without provocation it usually brings on retaliation in kind, and when turned to for retaliatory purposes it only perpetuates a cycle of revenge and outrage that can go on for generations. Therefore it should be avoided in both its forms—initial and reactive—for, again, those nations and peoples who indulge in warfare against civilians to the greatest extent will ultimately see their people and their interests suffer to a similar degree. Rome’s greatest conquests were not achieved because of the depredations that occurred either to keep troublesome subjects obedient or after battles and sieges had been won; they were achieved despite those depredations and because the promise of inclusion in the society and infrastructure of Rome was too attractive for most people to refuse. The cruelties inflicted by the Roman army achieved only the creation and perpetuation of under- lying bitterness, which could simmer and finally boil over into open support for rebellious leaders who urged a return to more traditional tribal societies.

A History of Warfare Against Civilians 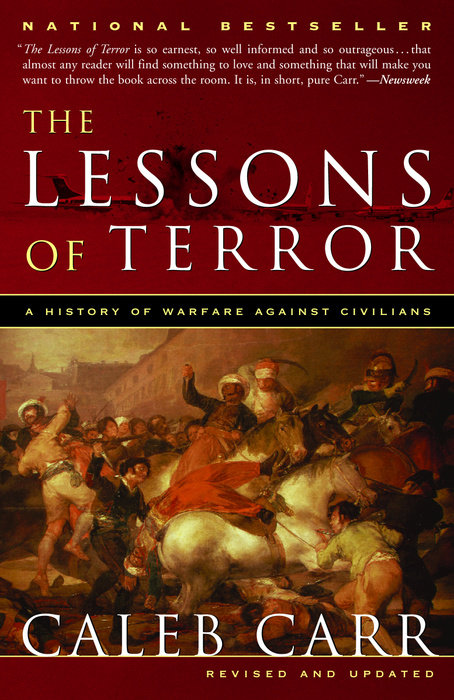