Cohost of The Chew and celebrated Iron Chef and restaurateur Michael Symon returns to a favorite subject, meat, with his first cookbook focused on barbecue and live-fire grilling, with over 70 recipes inspired by his newest restaurant, Mabel's BBQ, in his hometown of Cleveland.

In preparing to open his barbecue restaurant, Mabel's BBQ, Michael Symon enthusiastically sampled smoked meat from across America. The 72 finger-licking, lip-smacking recipes here draw inspiration from his favorites, including dry ribs from Memphis, wet ribs from Nashville, brisket from Texas, pork steak from St. Louis, and burnt ends from Kansas City--to name just a few--as well as the unique and now signature Cleveland-style barbecue he developed to showcase the flavors of his hometown. Michael offers expert guidance on working with different styles of grills and smokers, choosing aromatic woods for smoking, cooking various cuts of meat, and successfully pairing proteins with rubs, sauces, and sides. If you are looking for a new guide to classic American barbecue with the volume turned to high, look no further.

An excerpt from Michael Symon's Playing with Fire

My Love Letter to Live-Fire Cooking

Mabel’s BBQ in Cleveland, Ohio, is a restaurant conceived from my lifelong obsession with live-fire cooking. Whether it’s grilling rib eyes, smoking lamb ribs, baking pizza in a homemade wood-fired oven, or just cooking hot dogs on a stick over a campfire, I have been in love with these primitive styles of cooking for as long as I can remember. So it’s no surprise that for almost as long, I’ve been begging my business partners to let me open a barbecue restaurant. After close to twenty years of pleading, my wife, Liz, and business partner, Doug, finally relented, and in 2016 we opened Mabel’s in downtown Cleveland.

My taste for barbecue came from my years of traveling around the country filming television shows like the Food Network’s Burgers, Brew & ’Que, where I visited the country’s absolute best barbecue joints and learned a lot about the various types of regional barbecue and the folks who make it. It quickly became apparent that all of the best pitmasters—regardless of where they happened to live and cook—prepared barbecue that was specific to their own particular region. That meant grilling or smoking indigenous animals over native hardwoods in equipment custom-built for that purpose. Everything from the cuts of meat and spice rubs to the sauces and sides is based on literally generations of local history, experience, and cultural preference.

That’s why when the time (finally!) came for me to open up a barbecue restaurant of my own, I knew that I wanted to make it unique to my hometown. That meant crafting a style and menu that draw upon Cleveland’s rich cultural heritage, much of which is firmly rooted in eastern Europe. We season meats with Jewish deli-style pastrami spices; our kielbasa is made by a sixty-year-old Ukrainian butcher at the West Side Market; we smoke over locally sourced apple- and cherrywoods; we serve Hungarian-based sides like spaetzle and cabbage; our tangy mustard-based sauce is designed around the legendary local stadium-style mustard Bertman Ball Park.

It’s not that I don’t love Carolina chopped pork, and Memphis dry ribs, and Kansas City burnt ends, and Texas hot links—I do, I love them all! But I had no desire to attempt to shoehorn one or all of those styles into my Cleveland restaurant. I wanted the sights, smells, and flavors to be reminiscent of the foods we grew up eating; otherwise, it wouldn’t feel authentic. It wouldn’t feel right.

And that’s probably the most important thing that I picked up during all my travels. The BBQ folks who do it best, whether it’s been for five years or five decades, have a genuine passion for the craft that comes straight from the heart. There’s an obsessive dedication to step up their game every single day; to put in the work and time to make a brisket that is 1 percent better tomorrow than it was today. Despite their regional differences, barbecue pros—the true practitioners of low and slow—are all members of the same clan.

And I couldn’t be more thrilled to join them and those who came before them. We’ve been blessed at Mabel’s to have some of the biggest names in barbecue walk through our door and try our food. The response by them—and, more important, Clevelander diners—has been overwhelmingly positive. That tells us that we’re doing something right and that this Cleveland-style barbecue just might have some legs after all!

MICHAEL SYMON is an Iron Chef on Food Network’s Iron Chef America and a James Beard Award Winner. He is the chef and co-owner of the acclaimed restaurants Lola and Lolita, located in Cleveland, Ohio, as well as Roast, in Detroit, Michigan. 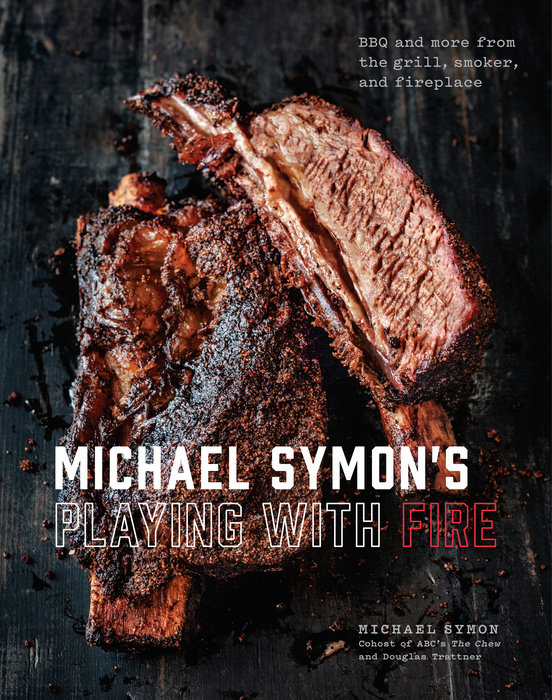