I’m in trouble. Again. And instead of facing my problems head-on, I’ve run away. Far away this time, and no one can catch me—not my two younger sisters, Violet and Rose, not my father, my grandmother, or that witch Pilar who wants to take control of my family’s cosmetics company. Now I’m in Hawaii, enjoying the sun and sand and water, where nobody knows the hot mess known as Lily Fowler. And I’m loving every minute of it.

But someone is watching me. Following me. He’s gorgeous. Soon we’re talking, and against all my instincts, I reveal bits and pieces of myself to Max. It feels good, though I know he can’t be the man for me. These sudden feelings we share are way too complicated, too fraught, too intense.

Then everything explodes and I’m forced to return home. My intentions have always been true, but now everyone’s mad at me. I don’t know who to turn to anymore . . . except to Max. He’s the one I want to trust. But I’m not so sure I should. Maybe it’s worth the risk—what-ifs be damned. . . .

“Murphy saves the best for last in the stunning conclusion of the Fowler Sisters trilogy. The chemistry is off-the-charts hot, and readers will be gripping the book waiting to find out what happens next. This is an amazing story by one of the genre’s hottest new stars!”—RT Book Reviews (4 1/2 stars)

“Murphy’s writing is as polished and as beautifully descriptive as ever. . . . If you’re looking for a very well written, very steamy summer read, Taming Lily is just the book for you!”—Fresh Fiction

“Taming Lily was a sensual, consuming, and captivating romantic suspense read. Ms. Murphy engages readers with this hot, tangible and palpable bond between Lily and Max. The chemistry between them was an all-consuming passion that can be felt throughout the book. . . . The writing and story line are beautifully done when truths and secrets are slowly unraveled. So if you are looking for a book that is brimming with passion, steam, and romance, then I highly recommend you read Taming Lily.”—Four Chicks Flipping Pages

“Taming Lily was fantastic! Steamy, classy, witty, and shocking is how I would describe the conclusion of this amazing trilogy following the Fowler sisters.”—Reese’s Reviews

“A story filled with lies, betrayal, mystery, suspense and sex. What a great combination to keep the pages turning!”—Book Bitches Blog

An excerpt from Taming Lily

I hate babysitting jobs, though i don’t know if i’d categorize this particular job as babysitting. I rarely take them on because they suck and they’re boring, but the money was too good to resist. If I took every fucking job that came my way because ofhow much they offer to pay me, I’d be a very rich man working the absolute bottom-of-the-barrel shit jobs. Busting cheating spouses. Catching them in compromising positions. Following them, taking photos, feeling sordid and dirty as I reveal said pictures andwatch my client either rage angrily or fall apart in tears.

Those types of jobs are a dime a dozen.

No thanks. I’m lucky enough that I can pick and choose. Though I felt like with this one, I didn’t necessarily pick it. The job chose me.

It also intrigued me. She intrigued me. Not that I’d ever confess that to a living soul. I have integrity. An image to fulfill and maintain, especially when it comes to my business. I’m not one to let my dick make business decisions for me, but this girl. . . is unlike any girl I’ve ever seen before.
The moment I looked at her photo, I knew.

I watch her now, from my aisle seat on the plane, sitting five rows behind her. She’s in the opposite aisle seat and I can get a good look at her profile if I lean forward slightly, which is exactly what I’m doing. It’s wild, how she appears completelydifferent from the photos I saw of her on the web last night while I did my research.

Whereas the endless images in my Google search featured a sexy-as-hell, scantily dressed woman doing whatever the fuck she wants all over Manhattan, this woman I’m watching now is quiet. Subdued. Wearing one of those matching sweat outfits in black withwhite trim, the word PINK scrawled across her very fine ass in glittery sequins. She blends right in on the plane, looks like every other woman her age. Not like the rich-as-fuck heiress she really is.

When she first boarded her hood was up and she had sunglasses on, as if she were trying to conceal her identity, though really she looked obvious as hell, at least to me. The media is always after her, always on her tail, so her incognito mode shouldn’tbe a surprise.

But considering she’s dressed nothing like her usual self, I figure she became comfortable and eventually tugged the hood down, revealing her long, golden-brown hair streaked with bright blond highlights pulled into a high ponytail.

Offering me a tantalizing view of her perfect profile.

Dainty nose, plump lips. Long eyelashes, high cheekbones, slightly pointed chin. Every time someone passes her by she lifts her head, then immediately looks down. Almost as if she’s afraid someone is going to approach her.   Like she’s worried someone will realize who she is.

But no one would. She’s unrecognizable. I’d bet top dollar the only one on this plane who knows she’s Lily Fowler is . . .   Me.

The moment the plane touches down I whip out my phone and switch it out of airplane mode, watching as a text message appears.

Did you find her?

I answer my client with a quick yes.

Are you watching her now?

I answer again in the affirmative, my gaze fixed on Lily as she, too, grabs her phone and starts to scroll through it.

Try and grab her laptop now.

Frowning at my phone, I contemplate how to reply. I can’t just make a grab while we’re still on the freaking plane and run. I have to be subtle about this. I warned my overeager, over-insistent client. I don’t make rash decisions. I’m not impulsive, atleast when it comes to work. There’s a method to my madness, and acting like a goddamn thief isn’t part of it.

I finally decide to answer.

I already informed you I’m not going to move too fast.

We don’t have much time.

Slowly I shake my head, glancing up to study Lily before I start typing.

We have enough. I’ll get the job done. Don’t worry.

The plane starts to slow as we make our way to the gate and the passengers are getting restless, including myself. My legs are cramped up. Sitting in coach sucks ass and is almost too much for my six-foot-two frame. My knees fucking ache. Even Lily shiftsand moves in her seat, her head turning to glance behind her, straight at me. Our gazes meet briefly and she looks away, pretending that she never saw me.

Anger burns in my gut. Anger and lust. An interesting combo, one I’ve never suffered through before while working. I pride myself on keeping my distance. Work is work. My personal life is just that . . . personal. Not that I have much of one. Not thatI have anyone in my fucking life, which is just the way I like it.

But this girl’s rejection, as brief as it was, digs at me. Pisses me off.

My phone dings and I check it.

She’s fast. Tricky. You need to take your chances when you can.

A snort escapes me. Trying to tell me how to do my job. I wish I could reply with a big “fuck you,” but I don’t. I have more class than that.

I’m faster. Trickier. Trust me. I’ll make it happen. You’ll get what you want.

As I slip my phone into the back pocket of my jeans, the flight attendant starts talking over the intercom, telling us to remain seated until the seat belt fastened lights turn off. We’re at the gate; all the passengers are poised and ready to grab theirshit and disembark. I don’t bother. My carry-on is sitting in the compartment directly above me. I can tell that the lady next to me is dying to leap out of her seat, but I’ll make her wait. Her irritation is already a palpable thing. Like I give a damn.

I gotta move slow. The last thing I need is to catch my subject’s attention. Not this early in the game.

Lily jumps to her feet the second the seat belt light shuts off, popping open the overhead compartment and pulling out a bag. A laptop bag, from the size of it.

With the coveted laptop most likely lying inside.

I curl my fingers into my palms, resting them on my knees. I want that bag. No. Scratch that. My client wants that bag—more like what’s inside of it. So I want it, too.

And I will do anything to get it. 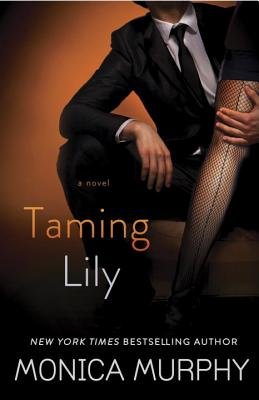