NEW YORK TIMES BESTSELLER • A young Jamie Fraser learns what it really means to become a man in this Outlander prequel novella. Featuring all the trademark suspense, adventure, and history of Diana Gabaldon’s #1 bestselling novels and the Starz original series, Virgins is now available for the first time as a standalone ebook.

Mourning the death of his father and gravely injured at the hands of the English, Jamie Fraser finds himself running with a band of mercenaries in the French countryside, where he reconnects with his old friend Ian Murray. Both are nursing wounds; both have good reason to stay out of Scotland; and both are still virgins, despite several opportunities to remedy that deplorable situation with ladies of easy virtue. But Jamie’s love life becomes infinitely more complicated—and dangerous—when fate brings the young men into the service of Dr. Hasdi, a Jewish gentleman who hires them to escort two priceless treasures to Paris. One is an old Torah; the other is the doctor’s beautiful granddaughter, Rebekah, destined for an arranged marriage. Both Jamie and Ian are instantly drawn to the bride-to-be—but they might be more cautious if they had any idea who they’re truly dealing with.

“Gabaldon is a born storyteller. . . . The pages practically turn themselves.”—The Arizona Republic, on Dragonfly in Amber

“Triumphant . . . Her use of historical detail and a truly adult love story confirm Gabaldon as a superior writer.”—Publishers Weekly, on Voyager

“A grand adventure written on a canvas that probes the heart, weighs the soul and measures the human spirit across [centuries].”—CNN, on The Fiery Cross

“The large scope of the novel allows Gabaldon to do what she does best, paint in exquisite detail the lives of her characters.”—Booklist, on A Breath of Snow and Ashes

“Features all the passion and swashbuckling that fans of this historical fantasy series have come to expect.”—People, on Written in My Own Heart’s Blood

An excerpt from Virgins: An Outlander Novella

Ian Murray knew from the moment he saw his best friend’s face that something terrible had happened. The fact that he was seeing Jamie Fraser’s face at all was evidence enough of that, never mind the look of the man.

Jamie was standing by the armorer’s wagon, his arms full of the bits and pieces Armand had just given him, white as milk and swaying back and forth like a reed on Loch Awe. Ian reached him in three paces and took him by the arm before he could fall over.

“Ian.” Jamie looked so relieved at seeing him that Ian thought he might break into tears. “God, Ian.”

Ian seized Jamie in an embrace and felt him stiffen and draw in his breath at the same instant that Ian felt the bandages beneath Jamie’s shirt.

Plainly they couldn’t talk now, but he gave Jamie a quick private nod, took half the equipment from him, and then led him to the fire, to be introduced to the others.

Jamie’d picked a good time of day to turn up, Ian thought. Everyone was tired but happy to sit down, looking forward to their supper and the daily ration of whatever was going in the way of drink. Ready for the possibilities a new fish offered for entertainment, but without the energy to include the more physical sorts of entertainment.

“That’s Big Georges over there,” Ian said, dropping Jamie’s gear and gesturing toward the far side of the fire. “Next to him, the wee fellow wi’ the warts is Juanito; doesna speak much French and nay English at all.”

“Do any of them speak English?” Jamie likewise dropped his gear and sat heavily on his bedroll, tucking his kilt absently down between his knees. His eyes flicked round the circle, and he nodded, half-smiling in a shy sort of way.

“I do.” The captain leaned past the man next to him, extending a hand to Jamie. “I’m le capitaine—Richard D’Eglise. You’ll call me Captain. You look big enough to be useful—your friend says your name is Fraser?”

Ian was pleased to see that Jamie knew to meet the captain’s eye square and had summoned the strength to return the handshake with due force.

“Know what to do with a sword?”

“I do. And a bow, forbye.” Jamie glanced at the unstrung bow by his feet and the short-handled ax beside it. “Havena had much to do wi’ an ax before, save chopping wood.”

“Several of the others laughed, indicating that they at least understood English, whether they chose to speak it or not.

“Did I join a troop of soldiers, then, or charcoal-burners?” Jamie asked, raising one brow. He said that in French—very good French, with a faint Parisian accent—and a number of eyes widened. Ian bent his head to hide a smile, in spite of his anxiety. The wean might be about to fall face-first into the fire, but nobody—save maybe Ian—was going to know it, if it killed him.

Ian did know it, though, and kept a covert eye on Jamie, pushing bread into his hand so the others wouldn’t see it shake, sitting close enough to catch him if he should in fact pass out. The light was fading into gray now, and the clouds hung low and soft, pink-bellied. Going to rain, likely, by the morning. He saw Jamie close his eyes, just for an instant, saw his throat move as he swallowed, and felt the trembling of Jamie’s thigh, near his own.”

“What the devil’s happened? he thought in anguish. Why are ye here?

It wasn’t until everyone had settled for the night that Ian got an answer.

“I’ll lay out your gear,” he whispered to Jamie, rising. “You stay by the fire that wee bit longer—rest a bit, aye?” The firelight cast a ruddy glow on Jamie’s face, but Ian thought his friend was likely still white as a sheet; he hadn’t eaten much.

Coming back, he saw the dark spots on the back of Jamie’s shirt, blotches where fresh blood had seeped through the bandages. The sight filled him with fury, as well as fear. He’d seen such things; the wean had been flogged. Badly, and recently. Who? How?

“Come on, then,” he said roughly, and, bending, slipped an arm under Jamie’s and got him to his feet and away from the fire and the other men. He was alarmed to feel the clamminess of Jamie’s hand and hear his shallow breath.

“What?” he demanded, the moment they were out of earshot. “What happened?”

“I thought one joined a band of mercenaries because they didna ask ye questions.”

Ian gave him the snort this statement deserved and was relieved to hear a breath of laughter in return.

“Wouldna come amiss,” Jamie murmured. They were camped at the edge of a wee village, and D’Eglise had arranged for the use of a byre or two, but it wasn’t cold out, and most of the men had chosen to sleep by the fire or in the field. Ian had put their gear down a little distance away and, with the possibility of rain in mind, under the shelter of a plane tree that stood at the side of a field.

Ian uncorked the bottle of whisky—it wasn’t good, but it was whisky—and held it under his friend’s nose. When Jamie reached for it, though, Ian pulled it away.

Jamie sat hunched, a pale blur on the ground, silent. When the words came at last, they were spoken so softly that Ian thought for an instant he hadn’t really heard them.

He tried to believe he hadn’t heard, but his heart had; it froze in his chest.

“Oh, Jesus,” he whispered. “Oh, God, Jamie.” He was on his knees then, holding Jamie’s head fierce against his shoulder, trying not to touch his hurt back. His thoughts were in confusion, but one thing was clear to him—Brian Fraser’s death hadn’t been a natural one. If it had, Jamie would be at Lallybroch. Not here, and not in this state.

“Who?” he said hoarsely, relaxing his grip a little. “Who killed him?”

More silence, then Jamie gulped air with a sound like fabric being ripped.

“I did,” he said, and began to cry, shaking with silent, tearing sobs. 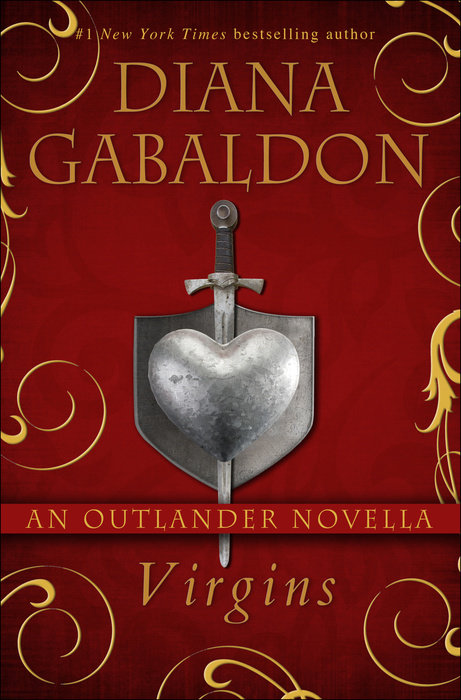