A Reckoning and a Reconciliation

Roxane Gay’s Audacious Book Club Pick • An acclaimed writer goes searching for the truth about her wildly unconventional Southern family—and finds that our obsession with ancestors opens up new ways of seeing ourselves—in this “brilliant mix of personal memoir and cultural observation” (The Boston Globe).

Maud Newton’s ancestors have vexed and fascinated her since she was a girl. Her mother’s father, who came of age in Texas during the Great Depression, was said to have married thirteen times and been shot by one of his wives. Her mother’s grandfather killed a man with a hay hook and died in an institution. Mental illness and religious fanaticism percolated through Maud’s maternal lines back to an ancestor accused of being a witch in Puritan-era Massachusetts. Maud’s father, an aerospace engineer turned lawyer, was an educated man who extolled the virtues of slavery and obsessed over the “purity” of his family bloodline, which he traced back to the Revolutionary War. He tried in vain to control Maud’s mother, a whirlwind of charisma and passion given to feverish projects: thirty rescue cats, and a church in the family’s living room where she performed exorcisms.

Her parents’ divorce, when it came, was a relief. Still, her position at the intersection of her family bloodlines inspired in Newton inspired an anxiety that she could not shake, a fear that she would replicate their damage. She saw similar anxieties in the lives of friends, in the works of writers and artists she admired. As obsessive in her own way as her parents, Newton researched her genealogy—her grandfather’s marriages, the accused witch, her ancestors’ roles in slavery and genocide—and sought family secrets through her DNA. But immersed in census archives and cousin matches, she yearned for deeper truths. Her journey took her into the realms of genetics, epigenetics, and the debates over intergenerational trauma. She mulled over modernity’s dismissal of ancestors along with psychoanalytic and spiritual traditions that center them.

Searching, moving, and inspiring, Ancestor Trouble is one writer’s attempt to use genealogy—a once-niche hobby that has grown into a multi-billion-dollar industry—to expose the secrets and contradictions of her own ancestors, and to argue for the transformational possibilities that reckoning with our ancestors offers all of us.

An excerpt from Ancestor Trouble

Over time the simplest facts of human existence have become to me the most unfathomable. We come from our parents, who came from their parents, who descended, as the Bible would put it, from their fathers and their fathers’ fathers. We begin with the sperm of one human being and the egg of another, and then we enter the world and become ourselves. Beyond all that’s encoded in our twenty-three pairs of chromosomes—our hair, eyes, and skin of a certain shade, our frame and stature, our sensitivity to bitter tastes—we are bundles of opinions and ambitions, of shortcomings and talents.

Every one of our forebears had hopes and fears, good days and bad. All of them took actions, and were forced into situations, that shaped them and that led to us. Each person on earth is a particular individual consisting of parts from other particular individuals. The alchemy between our genes and our individuality is a mystery we keep trying to solve. In the West, many of us look to science and genetics for answers to these existential questions we’ll only ever answer in part. Why are some of us beautiful and some of us plain, some athletic and some clumsy, some depressive and some optimistic? How much can investigating our genes answer these questions, and what do our efforts to decode our destinies in this way say about us? In terms of DNA, we are no more related to most of our ancestors than we are to the people around us on a train or at a baseball game. And yet without each of the people who came before, who contributed to the genes that ultimately contributed to ours, we wouldn’t exist as we do now.

Even as I focus on the biological family in this book, I don’t idealize it. I have a complicated relationship with some of my family members and no contact with my father. I also have a blended family. My stepdaughter, my only child, is one of the most important people in my life. My sister’s wonderful kids were adopted into my family. My stepfather and stepsister have both had a profound influence on me. And then there are my twin half-siblings, two of my closest biological relatives. They’re my father’s children, born thirty-nine years after me. I may never have the chance to know them. I share more interests and beliefs with my friends and in-laws than with many people whose genetics overlap with mine. I realize that families need not be bound by blood and also that having a blood relationship is no guarantee of affinity.

Still, the influence of our genes, our ancestors, on the people we are is undeniable. All we have to do is look in the mirror to see that. Wondering what this inheritance means for us doesn’t mean we’re devaluing other important family relationships—or imbuing our ancestors, or their beliefs or practices, with an assumption of supremacy.

Many of us trace our ancestors on genealogy sites that are increasingly entangled with genetic testing. But after booming for a decade, the market for consumer DNA tests seems to be bottoming out. The reduced demand has generated theories. Potential testers may be concerned about privacy; or the tests, which a user takes only once, may already have reached most interested consumers. But there’s been another shift in the culture, especially among young people: a recognition that the pull toward our ancestors is at least as rooted in spiritual yearning as it is in a desire to unearth empirical fact.

Ancestor hunger circles the globe. It spans millennia. It’s often been cast as a narcissistic Western peculiarity. Historically, though, it’s far more usual for people to seek connection with their forebears than not to seek it. Even now, in many parts of the world, spiritual practices involving ancestors flourish. Rather than promoting self-absorption, they tend to foster a deeper sense of community, less “I” and more “we.”

These traditions sound alien to many of European ancestry because we don’t know our own history. True, many of the records have vanished. Accounts that survive are often muddled and contentious. But in the ancient world, the separation between the living family and the dead was not nearly as stark as many of us in the West perceive it to be. Rituals in ancient Greece and Rome were intended to bring peace to family dead in the afterlife. Ancestors shown proper reverence were spiritual allies to the living family, whereas neglected dead could wreak enormous harm. Across the ancient world, families in many cultures also venerated household gods that represented or were handed down by ancestors. (Even in the Bible, Rachel steals her father’s teraphim, usually agreed to be household gods.) Ancestral practices endured in fragmented form in parts of the Christianized West until the Protestant Reformation. Vestiges survive in Catholicism, Orthodox Christianity, and the other liturgical churches, with God as the intermediary. Members of the Church of Jesus Christ of Latter-Day Saints baptize their family dead by proxy. In many parts of the world, direct spiritual connections between people and their ancestors never stopped being cultivated. To name examples is to omit far too many others, but from Korea, Japan, and China to Nigeria, Ghana, and Sierra Leone, from Mexico to Peru, ancient traditions of reverence endure. In Cuba and Haiti, in pockets throughout the Americas and the Caribbean, Indigenous and enslaved people preserved ancestor-honoring practices, often syncretizing them with Christianity so the traditions could be carried on even in proximity to the church.

In recent years, people whose ancestors lost or were robbed of this spiritual connection to their family dead have begun to reclaim it for themselves, sometimes as a wholly celebratory act, but often as a way of reckoning with family burdens and wrongs as well as the gifts of a lineage. Many people newly drawn to ancestor work see it as vital for cultural repair. It’s difficult to heal intergenerational trauma if we don’t understand how it began.

Modernity promises each of us the opportunity to define our own identity. It gives us the freedom, at least in theory, not to be boxed in by those who’ve come before us. We’re no longer obliged to glorify our ancestors and take on their customs uncritically or to view their lives as destiny, which is all to the good. But in turning away from practices that encoded into familial memory the people who came before us, we’ve relinquished something enormous.

When I first started exploring my own family history, my interest flowed as much from fear as longing. The allure of ancestors had a lot in common with a good ghost story. Now I find myself not merely respecting traditions of ancestor reverence but advocating for them, as a doorway to something vital and sacred, accessible as earth, and natural as breath.

A Reckoning and a Reconciliation 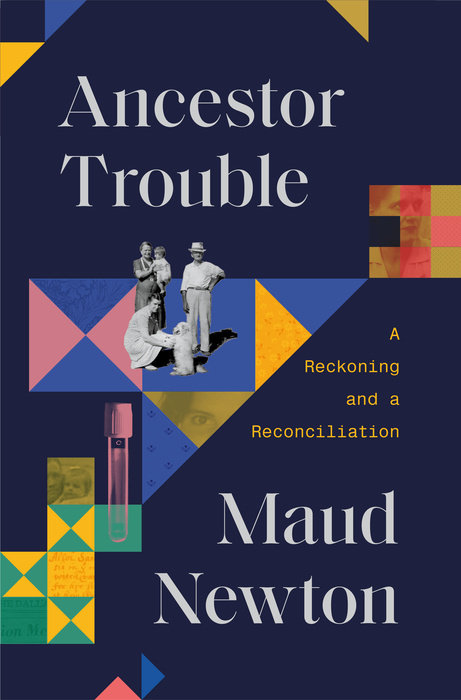