Distrust is no match for desire as a proper young miss and a self-professed rogue hunt down a murderer in this thrilling Disgraced Lords novel from the USA Today bestselling author of A Kiss of Lies and A Taste of Seduction.

Arend Aubury trusts no one besides his fellow Libertine Scholars. After his family escaped from France, penniless and persecuted, only the Scholars took him in. So when the stepdaughter of the villainess who has been plotting against them approaches Arend with allegations against their enemy, he suspects a double cross. Yet Isobel is a tantalizing prize, with lips as sweet as champagne and skin as creamy as Camembert. Is she a feast for the senses—or a bitter trap?

Lady Isobel Thompson dreams of marrying an honorable gentleman with a spotless reputation, a trait that Arend seems to lack completely. But Isobel believes that her stepmother is responsible for her father’s death, and only Arend has the skills to uncover the truth. As a cover, Arend suggests a fake betrothal—and soon Isobel finds herself forgetting that their courtship is a ploy. He’s so different from the man of her fantasies, and yet he’s so terribly handsome, so dangerously intoxicating—and all Isobel wants is more.

“A thrilling and fun read, and one that I’ll definitely be rereading often.”—Girl Who Reads

“A Night of Forever by Bronwen Evans was sexy and suspenseful. An edge-of-your-seat-read, the Libertine Scholars finally get the peace they need.”—Lampshade Reader

“An enjoyable end to the drama of the Disgraced Lords series.”—Top 10 Romance Books

“The story is fast-paced and well written as usual, captivating me right from the start.”—Cup of Tea and Book

“A happy ending to a couple who richly deserved it . . . a satisfying conclusion to anyone who’s read some or all of the previous books.”—Will Read for Feels

An excerpt from A Night of Forever

Isobel wished he didn’t affect her so. She couldn’t understand why he made her pulse leap, her body heat, and her lips slightly part, as if in anticipation of a smile, a word, a kiss . . .

She disliked him intensely.

Yet ever since he’d tried to interrogate her as he’d escorted her home, after she’d been abducted and had endured a harrowing carriage ride with Lady Marisa, the Duchess of Lyttleton, Lady Isobel Thompson could not get Arend Aubury, Baron Labourd, out of her head. Did he think she was stupid?

She’d thought Lord Labourd had been escorting her home for chivalrous reasons, to protect her from harm. But all he’d done was cast doubt on her integrity, questioning her over and over, trying to ascertain why she had been in that carriage with Marisa. He was such a pigheaded bore. If she knew why she’d been snatched, she would have told him. What woman could hide anything when he looked at her with such steely yet mesmerizing eyes? A shiver swept over her skin.

Why had he gone on and on and on?

Thankfully, she had a brain, a good brain, and from the discussions with her friend Lady Evangeline she had since learned all she needed to know about Lord Labourd.

He was a man with a dark past, he had made a fortune in diamonds, and he was hunting the person who was targeting the Libertine Scholars.

He might be the rudest man she’d ever met, but he was just the man to help her with her quest, if only she had the courage to approach him.

At least his questions had helped her deduce who Lord Labourd believed was the villain. He thought it was her stepmother, Lady Victoria. To Lord Labourd she was guilty by association.

Given how her father had died, Isobel could quite believe the villain was her evil stepmother, Victoria. But she played no part in Victoria’s game. Not willingly, anyway.

Isobel doubted her word would be enough to convince a man like Lord Labourd.

She watched him from across the room, dancing with Lady Evangeline, his dark head close to hers, his massive frame dominating her, his arm wrapped firmly round her waist, drawing her close, and Isobel’s insides crawled tight with envy. She longed to be in his arms.

Why could she not find the insipid Lord Sheridan as enticing? Or the rather portly Lord Denning? Both men were what she called “nice” men. Safe men. Men who would give her a boring and uneventful life. She sighed. A life with the darkly handsome, dangerous-looking Baron Labourd would not be uneventful. It would be exciting, stimulating, passionate . . .

More heat arrowed its way to her core.

She tried to look away from him. This was her first season, and her goal was to find a suitable husband. In Isobel’s mind, a suitable husband meant any man who would marry her by the end of the season. Unfortunately, the word “marriage” was not in Lord Labourd’s vocabulary—and Isobel was desperate to escape the clutches of her stepmother, Victoria.

Victoria might at that moment be talking with Lord Rotham, yet she too was watching Lord Labourd as if she’d like to gobble him up. Given that her stepmother was only a few years older than Isobel herself, and widowed, Isobel was not surprised at her interest in a man as exciting as Lord Labourd.

Jealousy bit again. Why was she letting herself lust after a man Victoria was likely interested only in killing?
Unable to drag her eyes away, Isobel tracked him as he waltzed round the ballroom, his body as graceful as that of a panther.

The image suited him. He looked almost English, except for his dark countenance. His hair was blacker than night and his skin had an olive complexion, no doubt from his heritage. He had been born in France. As a young boy, he and his family had escaped to England during the revolution. His father had inherited the title of Baron Labourd from a distant English cousin just after Arend had been born.

Before arriving in London for her coming-out, Isobel had never met a man like Lord Labourd. From the moment she saw him at her first ball she had been captivated by his physical attributes.

Tonight he was the most virile man in the room. How could he not capture the undivided attention of all the women present? No other man stood a chance. 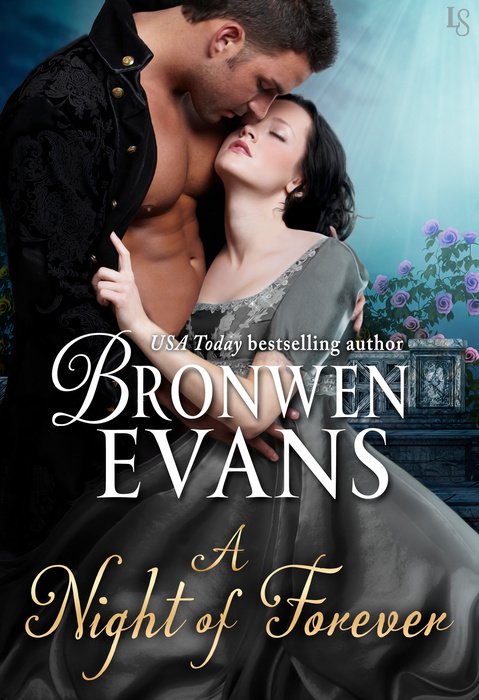