“As sweet and warm as a fresh-baked cookie.”—RT Book Reviews

The Yuletide season’s wonderful traditions are much loved by Nicole Somerset, new to Nantucket and recently married to a handsome former attorney. But the cheerful mood is soon tempered by Nicole’s chilly stepdaughter, Kennedy, who arrives without a hint of holiday spirit. Determined to keep her stepmother at arm’s length—or, better yet, out of the picture altogether—Kennedy schemes to sabotage Nicole’s first Christmas with her new husband. Yet, in the season of miracles, holiday joy has a way of coming to all, both naughty and nice.

“Thayer vividly depicts the joys and frustrations of family life against the beautiful Nantucket backdrop.”—Library Journal

It’s Christmas time and Felicia has returned to her family’s home on the island to marry her rugged boyfriend, Archie. Every snow-dusted street and twinkling light is picture-perfect for a dream wedding. Except a lavish ceremony is not Felicia’s dream at all; it’s what her mother, Jilly, wants. Worried that her daughter’s life with daredevil Archie will be all hiking and skydiving, Jilly embarks on a secret matchmaking campaign for Felicia and their handsome neighbor Steven Hardy. With the arrival of Jilly’s older daughter, Lauren, fueling tensions, and the family careening toward a wedding disaster, an unexpected twist reminds everyone of the true meaning of the season.

An excerpt from A Very Nantucket Christmas

From A Nantucket Christmas

On Nantucket, the Christmas season is different.

The island, fifty-two square miles of flat sandy land, lies in windswept isolation almost thirty miles away from the continent and all its institutions and entertainments. In the summer, the sun shines down on golden beaches and a serene blue sea. In the winter, gale force winds lash and howl over the ocean, cutting its residents off from family, friends, and often fresh bread and milk as Nantucket Sound freezes over and no planes fly, no boats sail, to or from the island. When the sun sets early and rises late, deep black water surrounds the land in infinite darkness.

Then Nantucket comes truly alive. Islanders have the leisure to savor the Charles Dickens charm gleaming from the glistening cobblestone streets and historic brick buildings. They relish the coziness of the small town where they know everyone, and everyone’s dog. After a hectic summer, they enjoy the tranquil pace. They take time to stop, look, listen, pat the dog, tickle a baby’s chin, chat, and laugh. They attend Christmas pageants, holiday fairs, and all manner of cabarets. The town lines the central streets of the village with dozens of small evergreens twinkling with multicolored lights and weatherproof decorations. The islanders pause to gaze up at the forty-foot spruce blazing at the top of Main Street, and they nod in appreciation and gratitude.

They celebrate light, life, and laughter as the winter dark wildness descends.

The Christmas Stroll began as an occasion for merchants to welcome islanders into their shops for hot buttered rum, spiced apple cider, warm gossip, and good cheer. Store windows were artistically decorated with mermaids and Santas, seahorses and fairy-tale scenes. Mr. and Mrs. Santa arrived on a Coast Guard boat and were delivered to the Jared Coffin House by horse and buggy. The aroma of fresh fish chowder and island-brewed beer wafted enticingly from the restaurants. The town crier strode through the streets in tall hat and cape, and Victorian carolers enchanted the salt air with song.

Not surprisingly, and oddly around the same time the one-hour fast ferries started their rounds, news of Nantucket’s Christmas Stroll spread to off-island friends and relatives of the townspeople. One sparkling winter day, a Boston television station sent a reporter and cameraman. After that, the annual event was famous.

For children, it was magic. For adults, it was a chance to be childlike.

For Nicole Somerset, the Nantucket Christmas Stroll was close to miraculous.

Four years ago, Nicole was a widow. Her friend Jilly insisted that Nicole travel down from Boston for the weekend to enjoy the Stroll. Nicole came, and fell in love with the charming small town, its festively bedecked windows, its fresh salt air and chiming church bells. She fell in love with a man, as well.

She met Sebastian Somerset at a party. They liked each other a lot, rather quickly, if not immediately, but being older, and possibly wiser, they took time getting to know each other. Nicole was widowed and childless. Sebastian was divorced, with a grown daughter.

Nicole was a nurse. She had just retired at fifty-five, but she missed her patients and colleagues. She missed her work, too. She liked to keep busy. Sebastian, sixty-two, had worked for a Boston law firm. He had also just retired, realizing he’d spent too much of his life working. He wanted to enjoy life.

Slowly, cautiously, they began to date, discovering that together they enjoyed life a great deal. Sebastian owned a house on the island, and as the days, weeks, and then months went by, he introduced Nicole to the pleasures the island offered—swimming, sailing, and tennis. In turn, Nicole introduced Sebastian to the delights his first wife had disdained: homemade pie, eaten while watching large-screen television; walking rather than biking through the island moors; stopping to notice the birds and wildflowers rather than jogging to keep his heart rate up; or watching the sun set on the beach rather than attending a cocktail party.

Sebastian’s first wife, Katya, was a perfectionist who had kept him on a tight leash and a rigid routine. After a few months of relaxed satisfaction with Nicole, Sebastian worried he would gain weight and develop heart trouble. To his surprise, he gained no weight, and his blood pressure actually dropped. When he asked his doctor about this at his annual check-up, Maury Molson leaned back in his chair and shrewdly raised his hairy eyebrows.

“Sebastian, you’ve been going through life as if everything is a competition. During this past year, you’ve stopped to smell the roses, and it’s been the best thing you could do for your health.”

“Me, too,” Maury told him. “I don’t believe I’ve ever heard you laugh like that before. And it’s true, happiness is the best medicine.”

When Sebastian told Nicole about this, she beamed and responded, “You make me happy, too. Although I haven’t had my blood pressure checked.”

“I wish we could live together for the rest of our lives,” Sebastian allowed, looking worried.

Sebastian had furrowed his brow. “I think you should meet my daughter before we go any further.”

Sebastian and Katya had a daughter, Kennedy, who was, Sebastian uneasily confessed, emotionally complicated. A carbon copy of her blond, beautiful mother, Kennedy tried to emulate Katya, meaning that she tried to be perfect, still not understanding, after all the years of living with her, that it was so much easier for a woman to be perfect when she focused only on herself.

Because Katya had been a kind but cool mother, Sebastian had, he admitted, cossetted, pampered, and perhaps even spoiled Kennedy a bit. Okay, perhaps a lot. Now married to a perpetually flustered stockbroker named James, Kennedy found herself overwhelmed herself by the responsibilities of grocery shopping, cooking, cleaning, and caring for their son Maddox.

Kennedy was further dismayed by her parents’ divorce.

Katya had been thoughtful enough to wait until Kennedy’s wedding five years ago to leave Sebastian for her tennis coach, Alonzo. Kennedy couldn’t understand why her father, who could always do anything and everything, couldn’t win Katya back. When Sebastian had admitted to Kennedy that he didn’t want Katya back, that he was more contented without her, Kennedy had dissolved into a weeping fit and said she never wanted to see her father again.

Kennedy changed her mind when her baby boy was born. She didn’t want her son to grow up without his grandparents, even if they were no longer married. For the past four years, Sebastian’s relationship with his daughter had been close and comfortable. Kennedy had even accepted Alonzo’s presence in her mother’s life, although she told her father it broke her heart every time she saw Katya with that other man.

So naturally, Sebastian worried about telling Kennedy about Nicole.

Sebastian paced the living room of Nicole’s Boston apartment as he strategized the first meeting. “I’ve told Kennedy I’ve been seeing someone. I’m going to tell her I want to bring you to dinner, to meet her. That should indicate that I’m serious about you.”

Nicole had no advice to give. She had not been able to have children. All her nurturing instincts had gone into her nursing profession. She thought Kennedy sounded like a difficult personality, but how bad could she be?

“Why would you do that?” Sebastian looked genuinely puzzled.

“It’s a nice thing to do,” Nicole explained gently. She’d begun to see that in Sebastian’s former social-climbing world, niceness had no place. His life with Katya had been all about ambition. “It will save her from cooking something.”

Sebastian thought this over. “I see.”

When she stepped into Kennedy’s home, it was Nicole who saw, and her heart plummeted for the man she’d come to love and for his daughter. Clearly Kennedy had copied her mother’s style of décor, best described as “Glacial Chic.” Walls, furniture, floors, even wall art, were white. The living room coffee table was glass with sharp edges. The dining room chairs and tablecloth were black; the plates white. It was a hot summer evening when she first entered Kennedy’s home, and Nicole wished she’d brought a pashmina to ward off the chill. 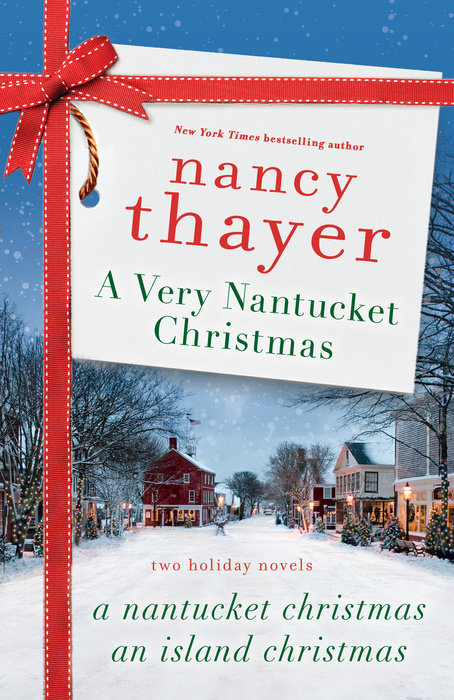